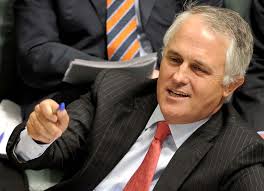 I was stunned by the first sentence in this “Herald-Sun” article, “Welfare payments outnumber residents in rural Victoria”:

Now my understanding of English suggests to me that this means that there must be a lot of ficticious people claiming welfare. Which suggested to me that this was an expose on some systematic scam of the system.

However, on reading the article, I realised that it was simply a misunderstanding on my part. I failed to realise that once you were receiving welfare, you were no longer considered a “resident” by “The Herald-Sun”. Which is pretty rough, considering that people were going on about how the majority of Australians pay no net tax just a few weeks ago, and middle class welfare which means that most Australians aren’t therefore residents, so I guess that must be why we need so many 457 Visas…

But I’m pleased to know that there’s nothing particularly shifty about all these people receiving welfare. Well, if one ignores the fact that everyone on welfare is a lazy, leaner who should realise that the age of entitlement is over and get out and dig their own mine like that hard-working Gina lady did.

Unfortunately, for the Abbott government, it’s not just the age of entitlement that’s over. I suspect that they’ve reached the point in their relationship where reconciliation with the electorate is not just hard, but impossible for the simple reason that they’ve announced a change in policy so many times that nobody believes them if they say something’s not negotiable. And even if they stick to their guns on anything now, then it just makes them appear pig-headed.

It’s a pretty long list of things they’ve jettisoned after telling us that they were absolutely vital or a fundamental part of their election platform: Getting the Budget back in surplus in their first term, getting the Budget back in surplus in their first decade, getting the Budget back in surplus in this century, The Medicare $7 copayment, The Medicare $5 copayment, the six months wait for the dole, Paid Parental Leave, Pensions being tied to the CPI rather than wages, the debt ceiling, the promise of no excuses, but I’ll give them “no surprises” because I expected that somehow they would be able to keep their promise of repealing taxes worth billions, making no cuts to various organisations and no tax increases, so the fact that they were lying through their teeth was no surprise to anyone who put all their pre-election statements together.

There’s nothing wrong with being open to negotiation and having a preparedness to listen to reason, but it doesn’t work when you only do it after you’ve run out of all other options. Then you just look weak and pathetic. To use a ridiculous analogy it’s like announcing to your child that there is no way you’ll approve of their marriage, let alone help pay for it, only to a few weeks later, tell them that you’d like their input about what you should wear to the wedding. It sounds too much like grovelling to attract anything but amusement, and if there’s one thing a politician rarely ever recovers from, it’s looking ridiculous. You may get away with being a bully in politics, but you can’t get away with trying to be a bully if you just end up saying, “I demand that you do what I say and you don’t then I’m going to ask you again really nicely and say please this time.”

Turnbull’s announcement that he’s put suggestions for changing Australia’s media ownership laws on the PM’s desk (or as Turnbull refers to them, “The final nail in your coffin, mate, because this gives Rupert a reason to make me PM”) must make those hoping that Turnbull to challenge just a little concerned that he won’t be the shining knight he pretends to be, once he’s PM. After all, as Opposition Leader, while he was prepared to negotiate with Rudd over the ETS – which, lest we forget, was Liberal policy at the time – he certainly didn’t move his party to the middle in any noticable way. It’s just indicative of how absurd Abbott has made the Liberals that we’re prepared to forget what a mess Turnbull made of his time as Opposition Leader. Gees, even Alexander Downer is starting to look good.

Speaking of ex-politicians, did anyone else catch the irony in Amanda Vanstone’s column today?

“The second aspect is the now common Australian tendency to take offence whenever possible. The process is: claim offence has been taken, claim it was either intended or that a reasonable person would expect offence to be taken, and then seek some sort of redress. Assuming the position of victim allows you to attack the speaker as being nasty, evil, out of touch.”

I won’t bring up Joe Hockey at this point because the column was basically pointing out that Abbott’s “lifestyle choices” comment was factually accurate.

Of course, the Liberals love that defence. Unfortunately there are many times in life when being “factually accurate” may betray a certain insensitivity to the situation.

For example: “It’s really inconvenient that your partner died just now because I was about to go on holiday and I’m sort of obliged to be at the funeral because you’re my sister.”

Yep, I think it’s time to stick a fork in them and turn down the barbecue. They’re done!