Denis Bright considers the significance of Two Futures in helping to revive the leadership profile of the Australian Labor Party (ALP) as a bastion of long-term, innovative centre-left public policy. Federal Labor members, Clare O’Neil from the electorate of Hotham and Tim Watts in Gellibrand talk up Labor’s renewal strategies for changing times at home and abroad. These authors foster public policy renewal though social market approaches with the authority of extensive research from the academic mainstream.

Co-authored by two federal representatives from Labor heartland electorates in Melbourne, Two Futures is written with a passion for change. It draws on combined youthful perspectives and academic excellence from both Australian and overseas universities.

Both authors joined the federal Labor caucus after the 2013 elections. They easily survived a sharp decline in Labor’s primary vote to win their seats after the distribution of Green preferences.

Both members are seeking a new profile for the Labor Party in its heartland electorates as well as in the twenty-five seats and senate spots which are needed to achieve a workable majority in 2016.

Both authors are prepared to canvass the possibility that the long phase of completely market based public policies may not be a permanent feature of Australian politics.

The authors warn that Australians face a stark choice between the current limitations of exclusively market based development strategies and alternative social market approaches.

Such changes in policy direction are a big ask for both the ALP and the wider community.

Even in Labor’s heartland seats, the voting trends carry some embedded warnings that conventional political wisdom does not always work well for Labor.

Reading the feedback from Election 2013

In Tim Watt’s own electorate of Gellibrand, Labor’s primary vote was reduced almost 13% in 2013. Labor’s current vote of 67% after preferences was built up largely from the distribution of Green preferences which accounted for almost 17% of the primary vote.

In the nearby seat of Melbourne, the demise of the ALP primary vote was sufficient to elect Adam Bandt as the Green representative on LNP preferences.

In Melbourne’s south east in Hotham, Clare O’Neil easily won her seat on Green preferences with a two party preferred vote of 57.3%.

As recently as 2007, Gellibrand could deliver a final vote of 71.5% to Labor from an extraordinary primary vote of 60.2%,

Labor gained only two senate spots at the 2013 elections in four states. It was reduced to one new senator in WA and an ongoing senator in SA.

Clearly, federal Labor must improve its profile against the rise of senators from minor parties and the Greens.

Two Futures is about fostering a new strategic profile for federal Labor.

To re-capture a greater share of the middle ground in Australian politics, Two Futures offers a timely commitment to policy renewal in the ALP.

After noting the hazards of long-term political forecasting, the authors offer a pragmatic New Left perspective on policy renewal.

The real political prize is the possibility that Australia can regain its position as an innovative social laboratory with a capacity for both economic development and peace-building across the wider Asia-Pacific Region.

This is impossible under the ideological vision of Prime Minister Tony Abbott. The LNP is quietly comfortable with a growing income divide in society, the slow pace of infrastructure commitment, the secondary role for sustainable environmental management and appalling u-turns in commitments to disability insurance.

Remarkable public policy initiatives in 2013 were drowned out by the effective use of populist concerns about the value of a more market-driven Australian society and the existence of contrived threats to national security from asylum-seekers and global terrorism. The West Australian 2013 from kevgillett.net

Dean Alston’s cartoon from The West Australian summed up Prime Minister Gillard’s communication dilemmas when she announced the election date seven months before the actual event.

This voter backlash against federal Labor in 2013 was often strongest in Labor heartland communities, at least outside Kevin Rudd’s sphere of political influence.

Despite some heroic resistance in 2013, political change is difficult to achieve. Generations of daily news releases from the LNP about the benefits of market oriented development and greater dependence on the US alliance for security are classic communication mantras which are being successfully applied in most representative democracies.

The repetitive communication strategies make alternative scenarios seem complex even if they come from the academic mainstream.

The triumph of centre-right conservatism is repeated internationally in most developed representative democracies such as the UK and Canada.

Instead of just coming to terms with prevailing political realities, the authors use their excellent academic qualifications and professional experience to attempt to humanize capitalism through social market strategies based on commitment to technological innovation, affordable education, tackling climate change and building essential infrastructure.

Little mention is made of the dangerous headwinds associated with global financial volatility which have afflicted global markets again in August 2015.

A higher profile financial sector compatible with the requirements of a globalized economy might in fact assist in protecting Australian from this ongoing financial instability.

The McKinsey Global Institute, where Claire O’Neil worked as a consultant, is one of the most steadfast defenders of alternative approaches to pragmatic public policy in an unstable global economy which does not run according to the old LNP mantras.

Relying on the market as the main mechanism for the delivery of new public policy agendas, is somewhat pointless in the context of the global market failures which have occurred since the Global Financial Crisis (GFC). 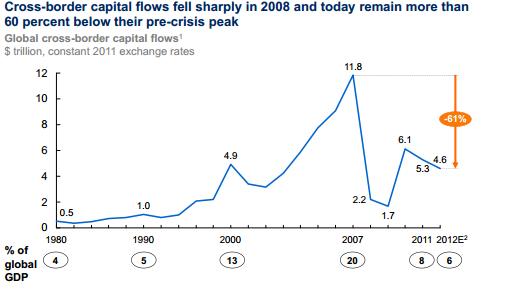 Commendable too, are the authors’ challenges to conventional security based defence and foreign policy commitments.

Many international security dilemmas are clearly embedded in an over-commitment to economic globalization as a cure-all solution for every development challenge abroad.

In keeping with political conventions in Australia, the authors steer away from saying too much about the specifics of our place in the global economy and the related security concerns associated with keeping the world safe for global capitalism.

A newer generation of Australian leaders will ultimately have to face the challenges of security problems arising from a gun-ho commitment to a bland model of economic globalization when alternatives do exist through social market approaches.

Towards a new national consensus

The synopsis of Australian political life concludes with two stark realities. There is the possibility of life in an ailing democracy that is kept in control by political elites through the use of populist rhetoric and fear strategies. The alternative is an optimistic, vibrant society that cherishes political participation and innovation.

These are our two futures. They are bookends: our most likely future sits somewhere between them, depending on what we, as a nation, choose to do. The choice— we hope you realise— is yours.

By implication if the future is with us, the authors need not be too prescriptive about the strategies to attain the better of the Two Futures. 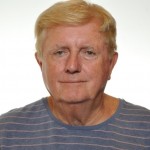 Denis Bright (pictured) is a registered teacher and a member of the Media, Entertainment and Arts Alliance (MEAA). He has recent postgraduate qualifications in journalism, public policy and international relations.