With its strong mandate at the 2013 national election, the federal LNP sought to reconstruct Australia on neoliberal principles. Resources exports to China and other Asian countries carried the post-2013 as the incoming government imposed its austerity programmes.

Data from the RBA tells us that nothing really replaced investment from the mining boom as the LNP selected its third leader on 24 August 2018.

Australians were offered an ideology for the future but not real plans for transport, energy, the financial sector or Australia’s role as an independent player in international relations. Some symbolic gestures like the Inland Railway were promoted as a changed progressive agenda for the regions.

The federal LNP proceeded with some haste on the Inland Railway Project which passed through most National Party electorates across Eastern Australia.

During the Keating years, the National Rail Corporation took over most interstate rail freight operations.

The Howard Government moved quickly to privatize the Commonwealth Railways. It formed the Australian Rail Track Corporation (ARTC) in 1997 to offer token financial support to the remnants of interstate rail services which would always require track maintenance for key interstate links like Sydney-Melbourne line.

Consideration was given to the privatization of the ARTC by Tony Abbott in his initial austerity drive.

With ARTC assets valued at only $4 billion, incoming Prime Minister Malcolm Turnbull decided to keep the freight and track networks in government hands despite their deteriorating state after decades of cost-cutting by state authorities for both freight and the remnants of passenger services. Speed restrictions on the Sydney-Melbourne link continued as the ARTC was involved in its own cost-cutting programmes.

Surprisingly, the ARTC was left to construct the new inland railway project with significant use of public private partnership arrangements.

The overall blueprint looked great. It just needed to be embedded in a national transport plan would assist in raising the profile of rail transport for the long-distance movement of passengers and freight.

Instead, Australians were offered a freight line. It would end at a freight interchange at Bromelton, some 70 kms south of Brisbane.

From here freight could be expected to move after 2025 to another interchange at Acacia Ridge to the Queensland network or take a single standardized track to the Port of Brisbane.

Most freight will of course be distributed by road from Bromelton.

Having lost federal funding for cross-river passenger rail projects in Brisbane, the Queensland Government can and should bargain hard for rail access rights to the intermodal terminal at Acacia Ridge closer to Brisbane.

At stake, is the funding for extensions to Queensland Rail’s much needed southside services along urban growth corridors which are poorly served by existing transport networks.

More critical reporting of the Inland Rail Project could have achieved better outcomes for local communities along the 1,700 kilometre route.

Victoria has secured billions in road and rail upgrades to ensure that inland freight can be moved to ports such as Warrambool and Geelong with great benefits to both freight and passenger services. The remarkable details are in the list of projects in the 2020-21 federal budget.

In NSW, federal expenditure on duplication of the Port Botany rail freight line is a most welcome initiative

In contrast with the amount of expenditure that has been successfully negotiated in Victoria, NSW sections of Inland Rail seem have close links to private road haulers with little commitment to track upgrades to connect with upgrades of vital rail connections across NSW.

The NSW Government is investing $185 million in regional development near Parkes. 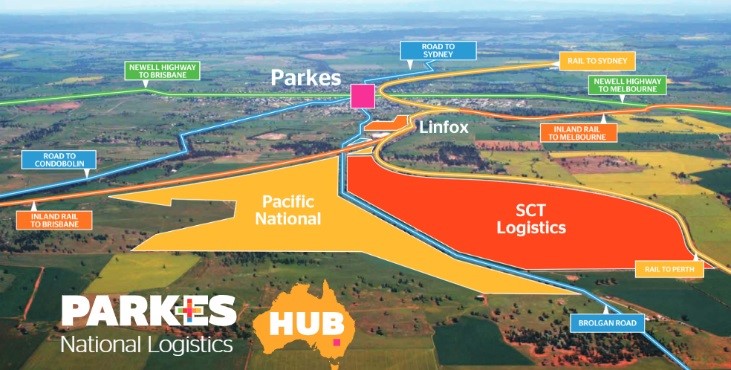 Some of this funding has come from the sale of its share in the NSW Hydro Scheme to the Commonwealth.

There are no details yet of investment by the ARTC in rail truck upgrades on the Sydney to Parkes and Parkes to Adelaide and Perth Links which will be serviced from the National Logistics Hub. 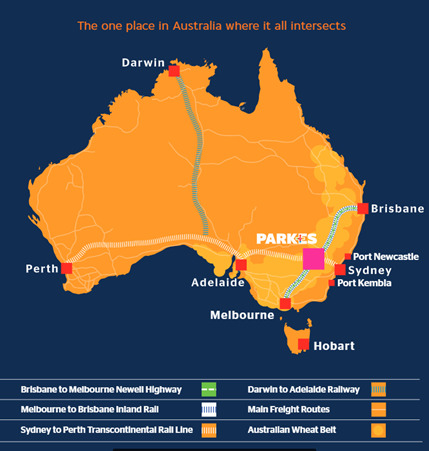 As well as the billions being spent on new tracks and upgrades between Parkes and Brisbane, announcements are progressing on interchanges along the way as Inland Rail traverses many rail tracks which have fallen into disrepair.

Through local lobbying, the Commonwealth has been prepared to fund some of these projects and it is important to have local leaders who are as skilled as negotiating as the Victorian Government.

Commercial and environmental stakeholders are also involved in behind the scenes negotiations with Inland Rail. It is important for the wider community to be involved in finalizing outcomes.

Readers can decide how much public involvement has been reported in this press release from Rail Freight (17 March 2020):

Pacific National and Wagner Corporation have entered into detailed discussions for a major logistics hub at Wellcamp Business Park, in Toowoomba.

The announcement is tangible evidence of the $13.3 billion in benefits that the federal government estimates Inland Rail will bring to regional communities along the alignment.

The two companies are looking to build a 250ha logistics hub at the site next to the Toowoomba Wellcamp Airport, said Pacific National CEO, Dean Dalla Valle.

“The proposed 250-hectare Wellcamp Logistics Hub also has frontage to the future Melbourne to Brisbane Inland Rail project, allowing extensive future intermodal operations for freight to be transferred between trains, planes and trucks,” he said.

The future Wellcamp Logistics Hub would include 2.7km of frontage to the rail corridor, allowing for 1,800m long freight trains to operate. Daily cargo jet flights operate from a fully licensed and bonded international air cargo terminal next door, and the site has the potential to process up to 350,000 shipping containers by 2030, and up to half a million by 2040.

It seems that Corporate Australia has a plan for the future that extends to 2040 and beyond. Meanwhile, the Australian Commonwealth seems to lack a defined plan for transport, energy, finance and our international relations options as a more independent nation.

Before the double-decker container trains and other forms of bulk freight rattle over inland Australia, there are passing policy opportunities which should be addressed. Hundreds of community forums organized by Inland Rail are a poor substitute for an overall transport plan for Australians.