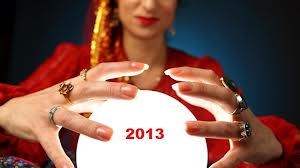 Predicting the future is hard, but not so with the election result

Ok, the future is a strange country which we presume looks just like now apart from the different bits. Now that the Mayan Calendar didn’t accurately predict the end of the world we can all get back to normal, and leave prediction to the experts.

Of course, one wonders why, in a supposedly rational age, that the Mayan Calendar received so much attention. I don’t recall reading about the Mayans special relationship with soothsaying. There was no list of amazing accurate Mayan prophecies of the Nostradamus variety. Yet, here we were in the the 21st Century, being asked to consider that 2012 might just be the end of it all.

Some of you are probably smugly sipping your coffee and saying, well, there are still superstitious people in this world who read the horoscopes and such nonsense. And you’re right, there is still a great deal of superstition out there. But it’s not the beliefs of the people who find their futures in their tea leaves or the entrails of chickens that bother me. When it comes to the prediction, one superstitious method is as good as another. No, what bothers me is the serious lack of accountability for people being wrong.

I’m not too concerned about the daily horoscopes, and I don’t suggest that we be given the right to sue the “astrologers” because Gemini did not have a good day, and this enormous rash demonstrates that it was clearly wrong to “try new experiences”. My concern is more to do with the supposed rational thinkers that use their capacity to argue that they weren’t really wrong, but there was just an event they didn’t quite predict which stopped their perfectly accurate prediction from being perfectly accurate. Someone once said that an economist is a person who is paid a large amount of money to explain why they were wrong. But I don’t just want to pick on economists here. I want to pick on everyone who enters the area of making definitive statements about the future, only to argue that, in fact, while the world didn’t end in 2012, that was only because they misread the calendar, or certain events happened in a slightly different order.

Of course, I’ve spent enough times on racetracks and in TABs to know that no punter ever gets it wrong. The horse just needed one more run. That jockey must have backed the winner because he rode mount – the one they backed – so badly, and that was why it didn’t win.It didn’t get a clear run at them. Yep, Black Caviar isn’t really a 1000 metre horse – this thing will be too speedy for it. After we’re wrong there’s always an intelligent explanation, and we can re-write history any way we like.

I’m not going to predict that Julia Gillard will win the next election. However, I would like to remind everyone who keeps talking about the impending Abbott victory that not a single vote has been cast yet. This is not like GP motor racing where drivers rack up points and then of them may draw away to an unbeatable lead. This is more like the final of a tennis match where all the points are decided on one day. (Or a couple of days in the case of a rain interruption – in case any pedants out there want to comment on a minor inaccuracy which has little to do with the overall blog). It’s highly unlikely that I’d be able to beat Bernard Tomic in the final, but I will start on the same score, and who knows, he might have a bad day. Or be disqualified for his behaviour when I make a comment about using his head for that point…

Yes, I’ve seen the opinion polls, but as I said to my wife after I heard on the radio that Labor would be wiped out if an election was held today, “If an election was held today, they wouldn’t have any of the ballot papers printed.” I then went on to say that opinion polls are a bit like asking a man if I’d leave his wife for Scarlett Johansson – lots of men would say yes without thinking but when the actual reality hit, they may not be so keen on a Hollywood lifestyle. Or, it’s like asking who you’ll support in the AFL Grand Final – apart from actual supporters of a club a lot of people will change their mind at the last minute. I started to explain that historically people can drift back toward a Government when the Opposition starts actually releasing policies, but at this point, my wife said that Scarlet was welcome to me.

The opinion polls have helped divide Labor, creating the impression that nothing of note is being done. They’ve given Abbott momentum, and made him look like a winner. He’s been able to lose some of his negativity, because Labor politicians and supporters themselves have been critics of Gillard. Every achievement – for example, dragging Abbott onboard with the NDIS – is viewed cynically, as though everything is poll driven. It’s possible that Gillard may see these last few months before the election as perhaps Labor’s last chance to actually put in place some things that will be – like Medicare (Medibank) in the 70s – hard for the Conservatives to completely dismantle. Just as it’s possible that she may play “I’m Still Standing” by Elton John every morning and convince herself that she’s a winner no matter how many times she’s been written off.

Whatever the faults of this Government, whether Gillard lied or not (no Liberal lied about Children Overboard, of course, that was just a factual inaccuracy), I find the rhetoric about “the worst government ever” ridiculous. We can despair about the mainstream media seemingly singing in chorus, or we can start to fight back. And belief is a powerful weapon. Optimism can create momentum.

Perhaps Abbott will be Prime Minister come September. But if one looks at past predictions that is no certainty. In 2010, Sportsbet had Gillard at long odds to last till 2013. Of course, they may have looked at the Mayan Calendar and factored in the end of the world in 2012.