Are you as impressed as I am with Australia’s response to COVID-19? It is regarded as perhaps the most competent reaction, amongst similar nations, of how to manage an outbreak of a vicious virus.

In my view, this outcome has resulted because our decision makers at both federal and local levels have listened to the experts, and have followed their advice.

We are fortunate to have such expert advice in abundance: scientific, medical, psychological, nursing, epidemiological, and public health.

This piece names many of these experts. Their images have not been included, as the piece would have taken too long to load on your device. However, photos of most of them have been linked to their names. Should you be unfamiliar with them, click these links and their images will appear. Some experts may have been inadvertently omitted. If so, we apologize. Some images may be copyright.

You will be familiar with the clutch of professors and specialists in medicine, mental health and community health that have appeared in the media countless times: You will remember particularly Brendan Murphy and Paul Kelly who give regular updates, Michael Kidd, AM, who provides us with the general practice viewpoint, Ian Hickey, Pat McGorry, Ruth Vine, Christine Morgan, and Georgie Harman of Beyond Blue, who address the mental health aspects of the COVID-19 pandemic, and Alison McMillan, Chief Nursing and Midwifery Officer, and Annie Butler, of the Australian Nursing and Midwifery Federation, who cover nursing aspects.

Behind the scenes we have our senior sages in medical science: Peter Doherty who heads the Doherty Institute, one of his directors, Sharon Lewin who often provides sound advice to the public, and many other outstanding scientists, and Stephen Duckett of the Grattan Institute. 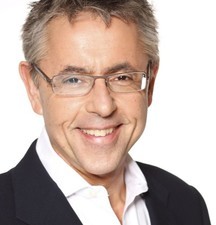 Everyone admires the daily updates that Norman Swan gives us on radio and TV. He has become the face of timely, lucid, reliable, and richly informative advice, which all of us value greatly.

You will have admired the lucidity of the several deputies who have explained the evolving status of the COVID-19 pandemic, and what we should do. Often striking young doctors, they have impressed us with their clarity, the depth of their knowledge, and the ease with which they have addressed their audiences. Nick Coatesworth is a classic example. Brett Sutton, Jeanette Young and Jenny Firman of the RAN are three others.

As a medico, I have admired their expertise and communication skills. Our medical schools ought to be proud of these graduates. To me, their straightforwardness, their plausibility, and the absence of political spin make a striking contrast to the spin and deceptiveness with which politicians habitually assail us as they try to make a political point, no matter how distressing the situation is to ordinary folk.

The result of these expert ministrations is a well-planned program of remediation and prevention that federal and state political leaders have implemented, with encouraging results. Australia’s approach is already being hailed internationally as a model for handling pandemics. The spread of the virus has been limited, and in many places controlled, with relatively few new outbreaks occurring, and where they have, they have been assessed rapidly and ameliorated.

We have become familiar with ‘flattening the curve’, and have watched with satisfaction as it steadily did so.

We have noted too the disastrous consequences of leaders ignoring expert advice, and substituting their own inexpert, stupid and dangerous solutions. Donald Trump leads the field, and we can see where that has taken the US: almost 2 million cases and over 112,000 deaths so far!

Even Labor supporters acknowledge the success of our government’s program at both federal and local levels, and support it strongly. They too know that most of the success has been listening to the experts and following their advice, based as it is on science and experience.

What a pity it is that politicians ignore expert advice from scientists working in other fields, notably the study of climate change and environmental protection because it conflicts with their ideological position.

If only they would listen to the experts and use their advice!