Last week, we had Julie Bishop telling us that she could have beaten Bill Shorten, but she didn’t get the backing of her party, while this week we have Malcolm Turnbull telling the British that his party got rid of him because he was going to win the election.

When it comes to politics, you’d have to say that Malcolm is a good loser. He’s done so much of it. He led the republic movement and lost that. He became Liberal leader and lost that. He became PM and lost that. But hey, he thinks he would have won the election and if it makes him happy in his irrelevant post-political life, then it’d be a very nasty, spiteful person to point out he’s wrong. Therefore I think we can say nothing and leave that job to Tony Abbott and Alan Jones.

And I must say that I did think it a bit of a stretch for Julie to suggest that she could win a federal election when she couldn’t muster more than eleven votes amongst people who knew her. However, I guess that she may have had more success with people who don’t actually deal with her on a day to day basis.

Still, Julie did have an uphill battle. After all, she would have been putting a man out of job and while we all support women’s rights, we don’t do so at the expense of men. No, really. Scott Morrison told us that today, as his contribution for International Women’s Day.

Now when he speaks about “others” doing worse, it took me a while to work out who he could mean. For a moment, I just couldn’t think of any minority group that might do worse if women were to “rise”. But then it was as plain as the nose on my face. Or rather, it was as plain as another body part which isn’t usually attached to the head, except in the case of a number of the current government. He obviously meant that terribly oppressed group: Men.

Yes, of course. Scottie is actually a man himself. No, really he is. As people having been telling us lately, it’s really a tough time to be a man. Centuries of privilege are being tossed aside without a concern for the feelings of some men when they lose the right to simply be themselves. Thanks to political correctness, it’s no longer acceptable to do such things as scream obscenities at strangers, kidnap women walking alone or sell your daughters into slavery.

There’s actually more men than you realise and if women were to rise to things like Prime Minister, that would mean that some man would have to miss out, and that would mean that men were doing worse. Specifically, him! But I’m sure he’d still support the general principle that being PM is a man’s job and if Julie had been elected, it wouldn’t have been on the basis that nothing was worse for someone else.

It’s the same in preselection contests. The Liberals are against quotas because they think that women should get their positions on merit, while men should get them on the basis of who their friends are. (Warren Mundine, anyone?) Quotas, it’s argued, don’t allow the best person to be given the job. This sits oddly with the idea that the Nationals are entitled to certain number of ministries based their seat numbers, but there’s surely a reason why quotas are good for the divvying up of ministries but not for ensuring female representation.

Yes, sorry, girls… Is it all right to call you “girls” or should I say “ladies”?

Anyway, sorry. Apparently, you’re allowed to “rise” but only if your success doesn’t come at the expense of a man. 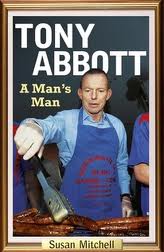