They say a little knowledge can be a dangerous thing. Josh Frydenberg came back with a little knowledge. He says that expectations of global growth as expressed to him by those he met at Davos are “less sanguine” than he had been expecting. He could have discovered that simply by reading Bill Mitchell’s blog, or maybe even by sticking his finger up in the cold, Swiss night air. 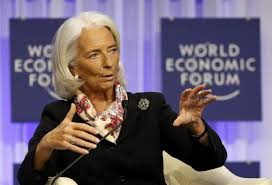 The lesson Frydenberg should have brought back with him is that the decision by the Troika to inject One Trillion Euros into the banks of its member states, after 6 years of austerity, is that austerity hasn’t worked; that austerity stifles growth.

What Frydenberg has failed to ‘discover’ at Davos is that the IMF and the ECB have consistently bungled management of the Eurozone economic recovery right from the beginning by demanding impossible targets from those members who have debt levels that will never be repaid.

The options for the new Greek government are to ignore current austerity deals and start spending its way back to growth, strike a new deal with the EU Commission, or leave the Eurozone, default on all debts and start again. Every which way, Greece is the winner. The decision by the Troika to provide billions of Euros each month to the banks of its member states over the next year is an admission of failure. The banks, in return, will give them bonds with a note attached reading: Thank you for the money. Here are some bonds which have an asset value of zero. If things go as expected, we will buy these worthless bonds back from you some time in the future, but don’t hold your breath.

But, back to Frydenberg.

In the same interview he said, “It means we need to keep making the case publicly as to why we’re doing what we’re doing, and that is, trying to fix Labor’s budgetary mess that we inherited,” he said. “If we don’t bridge that structural deficit we’re only going defer the pain.” It’s funny how any LNP member thinks that anything they say can be justified so long as they include a swipe at Labor’s economic management. But it was his subsequent comments that cause a chill to ripple through the blood. “It’s reinforced in my mind why we need to successfully tighten our belts in Australia, because we just don’t know when the next GFC will hit,” Mr Frydenberg said. Good grief, could anything be further from the reality.

He’s just returned from a meeting where he had been told that one trillion dollars is going to be pumped into the Eurozone economy to get it moving after six years of austerity, and he’s telling us that we should continue our austerity program. Could anything be more contradictory? I can just see Bill Mitchell banging his head on his desk as I write.

How many roads must a man walk down before he can see that the present ‘belt tightening’ of the Australian economy, let alone any further plans, will most likely hasten a recession here that will further reduce revenues and increase the deficit, but with no compensating, value-adding improvement in our GDP?

If Frydenberg continues to look backwards at what he thinks is ‘Labor’s budgetary mess’ he will never grasp the root of the problem. If the most recent inflation data tells us anything, it is that our economy is retracting and needs stimulus. And therein lies the problem with neo-liberal thinkers. They get themselves caught up using words they don’t really understand.

They are like robots acting on pre-fed data that only serves the interests of their programmers.