Really, I could stop at the headline, but Angus Taylor’s latest foray to reassure us that he’s got us covered baffles me.

Earlier this week, Angus issued a press release addressing the potentially catastrophic shortage of urea. Apparently, it is a key ingredient in the diesel exhaust fluid (AdBlue) and in fertiliser, and China has stopped exporting it in order to keep domestic prices down.

Angus is vowing to ‘keep our trucks running’.

We are quickly and actively working to ensure supply chains of both refined urea and AdBlue are secure so that industry can have certainty on their operations.

Global supply pressures, stemming from increased domestic use in China, have led to international issues in securing refined urea, which is key to producing AdBlue. This is exacerbated by the global shortage of natural gas, the essential ingredient used to make urea.

Righto. Angus is on the job. Except …

Australia’s largest producer of urea, Incitec Pivot, told the stock exchange last month it plans to close its main urea plant in Brisbane’s Gibson Island by the end of next year. The facility had been unable to secure “an economically viable long-term gas supply.”

Paradoxically, Australia’s Department of Industry, Science, Energy and Resources said in its Resources and Energy Quarterly released June 28 that the global LNG market is likely to be marked by a surplus of supply over the next couple of years, which will place downward pressure on prices.

“Given the large-scale expansion of global LNG capacity in recent years, import demand is expected to remain short of export capacity throughout the outlook period,” the report said.

Then I read in the New York Times …

Tanker ships carrying liquefied natural gas from exporters like the United States, Qatar and Australia have been steaming toward China and Brazil, drawn by higher prices.

The pressure in the natural gas markets is pushing oil prices higher as well, analysts say. Traders are anticipating that, with gas having reached a level in some cases that is comparable to oil selling for about $170 a barrel, there is a large incentive in some industries to burn oil (lately about $75 to $80 a barrel) instead of gas for electric power, stoking demand.

So China won’t sell us urea but we will sell them LNG (at temporarily exorbitant prices that have pushed up the price of oil) when our own domestic producer of urea can’t get a gas deal that would allow them to keep production going even though the government is predicting an oversupply. 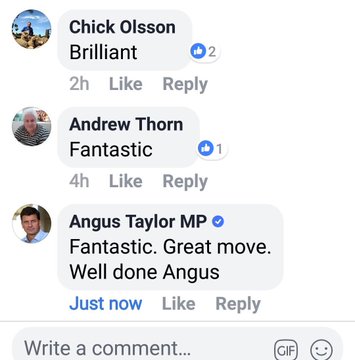