Afghans living overseas are certainly refugees since the fall of Kabul and US withdrawal a year ago. Therefore, the Hazara minority, who have been abused under every Afghan government for hundreds of years have been refugees even longer.

Australia has had a longstanding policy of not letting many refugees in via Indonesia, even though those already there have no rights while stranded in Indonesia and nowhere else to go. That is, we try to neutralise any attraction Australia may offer to refugees under the “Sovereign Borders” doctrine of deterrence.

As a result, there are Hazaras stuck on our doorstep in Indonesia, unable to work, nor to go forward or back. This is stranger when we consider that Australia has not met our own intake quotas over Covid and has a labour shortage.

Many people have now caught up with the Alfred Pek film about refugees in Indonesia called “Freedom Street” which outlines some of the issues.

The Australian Government gives an agency called the International Organisation for Migration (IOM) money to manage the Afghan refugees in Indonesia over there … rather than here.

And this is where 13500 of them experience limbo since fleeing Afghanistan.

We have not systematically uplifted or accepted our fair share of military assistants or interpreters let alone regular Afghan refugees. The turn backs at the airport, the lack of a systematic way out, the chaos of stranding female professionals (banned from working and learning by the Taliban) and even of preventing family members of refugees detained in Australia from accessing help will challenge the imagination of the average Aussie. High profile sportswomen or judges may get through but they are the exception that proves an overall rule.

Australia has, as stated, a policy of preventing regional processing from logical staging posts like Turkey, Malaysia and Indonesia. There is no proper queue for Aussie asylum seeker visas. Not only does this prevent Australia from benefitting from the skills and education of some of the most clever refugees available to our dwindling labour force, but it is also cruel.

We won’t let the Hazaras in Indonesia come here. Yet they have few other options. They certainly cannot go back.

Worse, the Hazaras kept at our behest on the streets of Indonesia for a decade are still not obtaining solutions or even adequate day to day support from Australia.

Rather than let them arrive and thrive, Australia flips thousands of taxpayer dollars per stranded refugee to IOM rather than bring them here. IOM in turn sell the refugees to the lowest cost service provider or contractor. After a while, these practices resemble people trafficking for profit.

I spoke to a couple of Hazaras in Indonesia over the weekend. 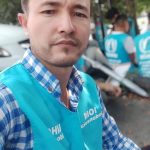 One, Ghaznavi, is a gorgeous young chap who turned his hand to baking bread and tiling, despite work bans and his very apparent higher education.

I was surprised to hear that his biggest concern is not getting off the streets or fundraising sponsorship to Canada. His priority is obtaining money to help his beloved Mum with medical bills. She is in turn stranded in Quetta, Pakistan with what appears to be throat cancer.

On Friday night I stared at the pile of his mother’s medical receipts and the pathology notes he had shared, realising that Medicare had covered very similar pathology and chemotherapy when I was being treated for advanced breast cancer over twelve years ago. The cruel contrast in our situations was hard to contemplate. 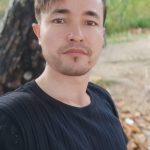 “I only have one Mum. However the cost is very high because my mum has no Identity of Pakistan. We are Afghan and the cost is expected higher.”

Undaunted, the Hazara diaspora in Indonesia has attempted to create educational opportunities for their kids by running their own schools. Cesarua is home to one such, though Prime Minister skipped it on his Indo tour in early June.

And this unity if purpose is also how a pair of highly qualified Hazara people met in Indonesia, had children and huddle in an unlit room in Timor. They are together, married but relatively broke and without work rights in Indonesia. Alireza Quanbari has multiple degrees (automotive engineering AND political science) but is not entitled to work. His brilliant wife Kubara Hasani has a bachelor’s degree in industrial management. They have two children, Ava who is 6, and Benjamin, 4, to raise in Kupang – Nusa Tinggara Timor or NTT.

IOM pays for budget services and a small amount per head. No matter how much IOM is given, the actual supports are scant and delivered cheaply.

So when Alireza’s pregnant wife needed a caesarean, she was told she must deliver naturally to save on medical costs to IOM’s “health provider”.

“Our first child had to be delivered by caesarean section because she was big, but IOM to reduce the cost, decided my wife had to give birth naturally. So my child was stuck in the vaginal canal for hours and she did not get enough oxygen. Many of her current problems are caused by the same negligence”.

As anticipated, their first born child became stuck in the birth canal, suffered anoxia and was eventually born with intellectual challenges and additional needs. There was damage to the health of Alireza’s poor wife Kubani, too.

Is IOM, acting as an agent of Australia, denying a woman in labour an emergency caesarean a crime against her human rights? Because that’s almost how it looks from here.

When, on Saturday night when my strapping adult son bemoans his autism, I can comfort him that at least he had an optimal birth, access to therapies, food, power, wifi, school and even higher study. Alireza’s intelligent and highly educated family on the other hand have nothing except two children with intellectual challenges share a windowless, power free single room without their own sanitation.

This literal accident of birth is unfathomable. In a colonised and militarised country occupied by first Soviet and then Allied forces, very intelligent and educated Hazaras have faced racial discrimination as systematic as that facing the Jews of Europe during World War II. If they fled Afghanistan, they are abused all over again by Australia in the name of deterrence and of reducing “pull factors” under the Sovereign Borders doctrine.

Four similar refugees died of diseases like strokes in less than twenty days in July in Indonesia. The stranded refugee suicide rate runs at around 8.43% of the overall population of 13500.

When I look into the eyes of any Australian Government leader from the past decade, this is what I see. I see women (with more grace, education and humanity than I) and their children being denied a basic right like proper birth care. I see bogan racists voting to deny them a chance to live better.

What are we Aussies doing about this since the May federal election? Surely any of us with compassion want to see these people who have been subjected to medical neglect by Australia’s proxies (IOM), here and safe and given opportunity. We need them as much as they need us.

These intelligent, cultured people offer our communities revelation and our consciences salvation, rather than any sort of inundation.

Australia have warehoused especially vulnerable Afghan refugees in Indonesia in an impossible situation even while the Allies armed forces coalition utilised their home country as a strategic stepping stone.

We babble on about Russian abuses in the Ukraine, but overlook our own. Isn’t being denied an emergency caesarean for the sake of funding on a par with other war crimes? And isn’t it closer to home?

Our Immigration system needs a lot of fixing. Minister Clare O’Neil has sent out her deputy Andrew Giles to meet with community groups begging for a fair go such as Permanent Residency and an end to the visa processing backlog.

It is to be hoped that the more elusive Home Affairs Minister has her sleeves rolled up and is getting on with the many tasks required to fix this decade old mess of immigration visas, including those for refugees stuck in Indonesia.

If Foreign Minister Senator Penny Wong can arrange 3000 visas to Solomon Islanders in the first week of this Government, it is pitiful that we STILL have such a mess on our hands by the 12th week.

Our involvement in the Afghan war makes us accountable for the wellbeing of Afghans. It is no different from the accountability of allied troops for Jewish war orphans in occupied Europe, or those affected by the bombing of Japan, Korea or Vietnam*. The Allies used their homeland to settle scores rather than our own. Even a hardened warrior like Jim Molan should be able to comprehend that.

*As a career soldier’s daughter, I still find it appropriate to support a Vietnamese orphanage.