Psychologist, Lissa Johnson (pictured above) has given us a revealing insight into the mind of the political conservative, in an article published in New Matilda. Lissa is a clinical psychologist interested in the psychology of ideology and politics, and the philosophy and politics of psychology.

“If the Abbott Government was an individual, he would be a psychopath,” she begins before giving a detailed description of the mindset that happily allows and promotes ultra-right wing extremism. The article should be compulsory reading for those of us who constantly struggle with certain aspects of the mainstream media.

Detailed studies into the difference between the psychological right and left have been going on in earnest for the past 20 plus years. The results are now in the public domain for all of us to examine and, I have to say, there is not much there that surprises me.

The conservative mind is indeed a curious animal and betrays itself through language and form. Johnson, in her article, sets about dissecting the Abbott government’s aversion to equality for all, their resistance to change and explains the reasoning behind their attitude to the unemployed, the disadvantaged and those on the lower levels of the socio-economic ladder.

They have an aversion to social and economic equality. They suffer from ‘Right Wing Authoritarianism’ which rejects openness and accountability. They are hierarchical in structure, anti-egalitarian which Johnson tells us, “correlates with conservatism but also with the ‘dark triad’ of personality: Narcissism, Machiavellianism and Psychopathy.” 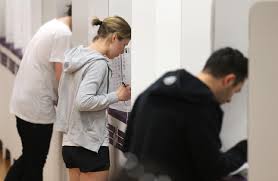 For example, conservatives have a pressing need to arrive at fixed and firm answers to complex questions, described by psychologists as a need for cognitive closure. In other words, they need to keep things simple. One can only presume that they have a short attention span and this pressing need is for their benefit, rendering any further review unnecessary.

Their need for cognitive closure means they shun open mindedness, and they are suspicious of science and the arts and distrust foreign food and culture. Already we can see how this manifests in policies on boat people and climate change. 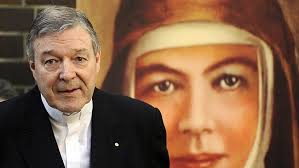 As I read Johnson’s article, I could not help comparing it with my own upbringing as a Catholic. The hierarchy, the inflexibility of rules, the dominance, inequality and resistance to change. The Catholic Church was able to maintain this inflexibility through relentless psychological pressure and trauma.

It makes me wonder if the Catholic contingent in the Abbott government’s ministry, is a reflection of an elite conservative mindset finding justification for its lack of compassion, humility and empathy toward the disadvantaged; a justification that allows them to keep it that way.

My own view is that conservative parties are only interested in governing for today. They have no vision for tomorrow, no grand plan. They would rather let tomorrow take care of itself. They will say what is necessary to win support, concealing their true intent. Their intent is being the government rather than actually governing.

Johnson says that a full and frank disclosure of their intent would render them unelectable. So they cleverly disguise their inner drive when addressing a predominantly egalitarian society by sugar-coating their aims and by ‘legitimising myths’ that reinforce fear and scarcity. They use the stereotype (poor people don’t have cars) or fear (budget emergency) to illustrate various myths.

The wearing of the Burqa is a classic example. So too, the uncertainty of debt and deficit, ‘age of entitlement’ and the like, all of which appeal to an elite which is itself uncertain and fearful and perceives these issues as a threat to its way of life. 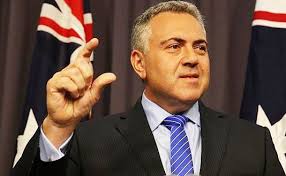 And then there is the issue of prejudice, a conservative log jam that breeds racism and the belief that underprivileged minorities are responsible for their own circumstances; that sexual minorities and the unemployed, welfare recipients and single mothers threaten the good order and structure that society must uphold and maintain.

And so, after having gained power, conservative governments begin winding back the clock, repealing uncomfortable reforms that promote and support a more egalitarian society.

They conveniently forget or simply discard their pre-election sugar coating and engage in legitimising their myths to justify restructuring society back to the hierarchical, authoritarian model. They move on dissenting voices, invoke extreme and unnecessary legislation to ‘protect’ their prejudices and reinforce their two principal aversions: equality and change.

Johnson’s article quite neatly encapsulates what most of us on the left either already know or have long suspected. Not that we are without fault but at least we err on the side of compassion, empathy and fairness. But, by knowing how to identify the idiosyncratic oddities of the conservative mindset, we are better able to articulate a more socially responsible alternative.