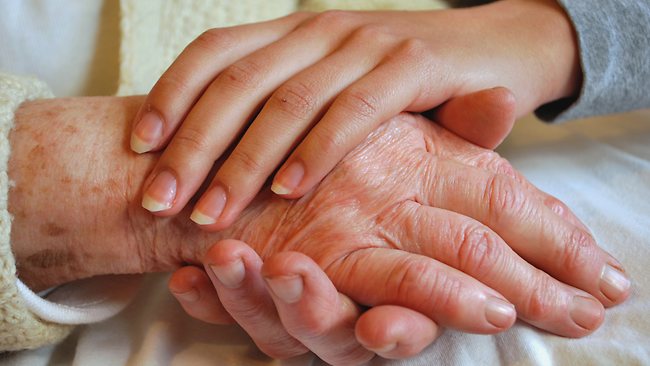 That being the case, I feel it is time to reopen the discussion about euthanasia. I understand that this is an extremely sensitive debate where no-one should ever try to dictate what opinion should be. But surely it is time to consider giving people the option of avoiding suffering and dying with dignity at a time of their choosing.

Euthanasia and assisted suicide are legal in the Netherlands. When dealing with a patient’s request for euthanasia, doctors must observe the following due care criteria. They must:

a. be satisfied that the patient’s request is voluntary and well-considered;

b. be satisfied that the patient’s suffering is unbearable and that there is no prospect of improvement;

c. inform the patient of his or her situation and further prognosis;

d. discuss the situation with the patient and come to the joint conclusion that there is no other reasonable solution;

e. consult at least one other physician with no connection to the case, who must then see the patient and state in writing that the attending physician has satisfied the due care criteria listed in the four points above;

f. exercise due medical care and attention in terminating the patient’s life or assisting in his/her suicide.

Two thirds of the requests for euthanasia that are put to doctors are refused. Experience shows that many patients find sufficient peace of mind in the knowledge that the doctor is prepared to perform euthanasia and that they ultimately die a natural death.

The ability to refuse a request for euthanasia or assisted suicide guarantees doctors’ freedom of conscience. The basic principle underlying the legislation is that patients have no absolute right to euthanasia and doctors no absolute duty to perform it.

Experience shows that in practice the vast majority of cases of euthanasia (almost 90%) relate to patients with terminal cancer. Three percent of deaths in the Netherlands are the result of euthanasia or assisted suicide. Of those, 7% were done without the explicit request of the patient.

A lot of the money being spent may not only be not helping, it can cause the patient to endure more bad experiences on a daily basis. The patient’s quality of life is being sacrificed by increasing the cost of death. For some families, that last year/month can be a genuinely awful experience for all concerned.

The discussion has to be about quality of life, not just length of life, and of course, religious, moral and uncertainty issues are involved. Many families have a DNR (Do Not Resuscitate) order put on the patient record, and the health care proxy (usually a close relative) thinks that takes care of the problem. Yet a DNR does not address quality of life satisfactorily. You can only do that by having a discussion early on with the patient about how they want to live their life to the end in the best possible way. Most of the current physicians, family members and provider institutions really dislike that conversation simply because it can be hard on the person initiating the discussion.

With the process frequently driven by the medical system’s focus on performing aggressive interventions at any cost — and the reluctance of families to talk about death — many people who are dying do not get the care they want.

Worse, they often suffer through unnecessary, even harmful treatments. When patients have a terminal illness, at some point more disease treatment does not equal better care. Ending up in the hospital often means aggressive, high-cost treatment at the expense of quality of life. A 2010 Dartmouth study of elderly cancer patients nearing death found that 9% had a breathing tube or other life-prolonging procedure in the last month, and at most academic medical centres, more than 40% of the patients saw 10 or more doctors in the last six months of their lives.

A 2013 report by Australia21 – a non-profit body dedicated to analysing complex issues – found even though voluntary euthanasia and assisted suicide were unlawful, they occurred ”not infrequently” in Australia with no oversight and rarely any prosecutions.

It said Australia’s laws were ”deficient and unequal” as people with the right knowledge or connections could be helped to die while others had to suffer.

Launching the report, co-author Emeritus Professor and former Fraser Government Minister Peter Baume said: ”Voluntary euthanasia goes on every day – but without supervision, without advice from colleagues and without rules.”

The report recommendations state governments should legislate now to protect patients and doctors and the Federal Parliament should restore powers to the territories so they may do the same.

As I have mentioned before, The Northern Territory briefly legalised euthanasia until our current Social Services Minister had it overturned in 1996. Considering the future, it is perhaps time for Mr Andrews to revisit the cost of the imposition of his Christian beliefs in denying people choice about their own lives.