Three years on from the first March in March protests in 2014, the grassroots March Australia movement will host rallies on Saturday 25 March 2017 protesting the policies and decisions of the Turnbull Coalition government.

“The 2014 rallies were a response to the regressive Abbott government”, said spokesman Loz Lawrey. “People thought the Fair Go was under attack, and over 100,000 of us took to the streets nationwide. Since then, progressive Australians have endured an ever more divisive and abusive agenda from an ultra-conservative Turnbull government more interested in its own ideology than in true public service.”

Under the banner of “The People United For Better Government”, March Australia is a network of citizens with shared progressive views. Their rallies offer advocacy groups a platform to come together and air multiple issues of concern at the one time.

“We are ordinary Australians” Mr Lawrey said. “We just want our country to be an inclusive and productive nation. We want work. We want mutual respect. We want to embrace our multicultural society and learn to reconcile our differences.”

“We want a government that respects human rights and works in the public interest. We expect accountability and transparency from the governments we elect.”

“The Coalition’s unconscionable policies around Centrelink debt, the welfare card and the incarceration of refugees have driven some individuals to suicide. The corrupt job network gives private enterprise control over the very lives of some Australians. This government stuffs up everything it touches, from the NBN to the ABC.”

“We invite all citizens and activist groups to join us on Saturday to raise your concerns”, he said. “There are so many areas in which this government is failing, such as health, education, environmental management, humane treatment of refugees. It’s a huge task to even try to list them all. The placards at the marches will tell the story.”

Rallies will take place in nine locations on Saturday 25 March, as listed below: 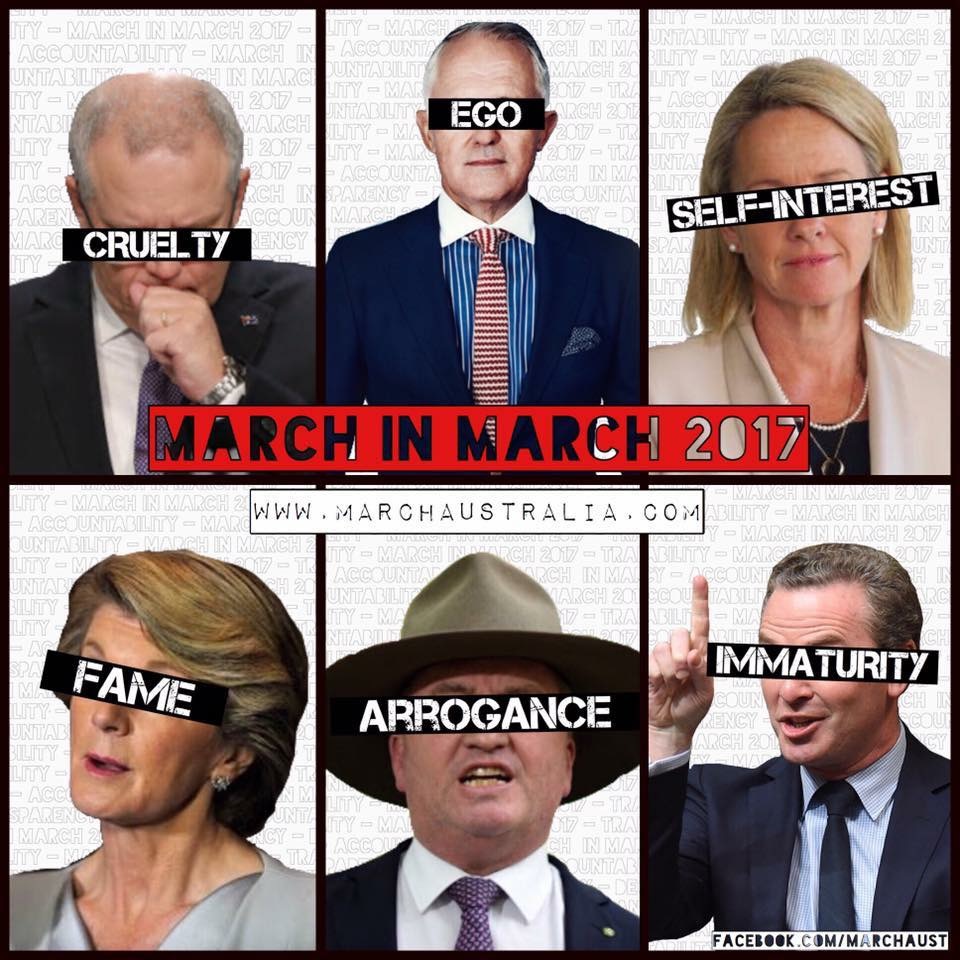