You have to hand to him. Joe Hockey would have to be the eternal optimist. He says that we are on the threshold of Australia’s greatest era. Really? He says his plan is to fix the budget and pay down the debt left by Labor. The debt he is referring to, is the ongoing sale of government treasury bonds issued since 2008 (approximately); these are the ones that protected Australia during the Global Financial Crisis (GFC).

He’s a man on a mission; you can see that. The problem is, he can’t see where the missionaries need to go. We should not forget that he was part of the Coalition in opposition that opposed those stimulus measures Labor used to avoid an economic catastrophe. One can only wonder if a Coalition government were in power at the time of the GFC and failed to act, in other words, did nothing, where, and in what condition, our economy would be in now.

The likely outcome would have been up to 2 million unemployed, small business’s going bankrupt, a massive reduction in bank depositors’ savings, a serious reduction in tax revenues and a gigantic ex nihilo (money created from thin air) programme to save our failing banking system and drag us out of the depression that would have ensued.

This imaginary Coalition government would have attacked social programmes to minimise the structural deficits that would have followed. But, having patted themselves on the back just two years earlier for falsely claiming to have paid down debt when they were in government, they would have found a new way of describing the debt they had now reluctantly created. They might have opened a special account and called it the Fiscal Expansion Account, or The Asset Minimisation Account and denied that it was debt at all. 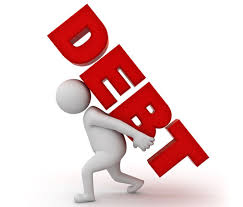 But we, as a nation avoided all of that thanks to Labor’s economic management and now all Hockey has to do is manage those bonds. As of right now, he’s not doing it very well. As of right now, those bonds that totalled $280 billion at the end of August 2013 are $337 billion in September 2014 and growing. That is an additional $57 billion which translates to just under $5 billion a month of bonds issued in the first 12 months of a real Coalition government.

That’s slightly faster a rate of borrowing than Labor did in 6 years. Compounding Hockey’s problems is the reality that current tax revenues are not meeting expectations. That will mean further bond issues to cover a continuing shortfall. I’m almost feeling sorry for him.

Joe could easily fix this annoying little matter by opening a new account. He could call it the Asset Recovery Account and create $10 billion ex nihilo a month to pay out each bond issue as it becomes due. At the same time he could continue to issue further bonds to meet expenditures without impacting on inflationary pressures. It might also have the effect of putting downward pressure on the Australian dollar.

That would do wonders for our export industries and create opportunities to get the unemployment rate down. Then he could re-visit his pathetic first attempt at constructing a budget and try restructuring it to reflect a fairer balance of the heavy lifting. Little things like removing mining subsidies and tax minimisation schemes like negative gearing would do wonders. With all that now under sound management he could wave the green flag for all those infrastructure programmes to tackle unemployment; the ones his boss wants to be known for. But he won’t do this because, he’s too busy looking back at what Labor did instead of looking forward at what he could do. His boss wants to be known as the Infrastructure Prime Minister but neither of them know how to go about making that happen. Neither can see the bigger picture. Instead, they will let this false debt accumulate and continue to blame Labor.

Joe could, if he knew how, become a Paul Keating Mk 2 and continue reforming our monetary system. But he doesn’t know how, and even if he did, his ideologically bound party, not to mention their masters, the IPA, would not let them. They would much rather have us running off to Iraq to help save the world from a handful of fundamentalist nut cases who like beheading westerners. That’s money well spent; a new Crusade, how original. They would also like us to return to the Reaganomic and Thatcherite slash and burn monetary policies of the 1980s; the same policies that led us to the GFC thirty years later. They say what goes around, comes around. And in the process, guess what? Another forward looking, nation building opportunity goes down the toilet. Forget about Abbott being the Infrastructure Prime Minister. Joe will become the Minister for Lost Opportunities.