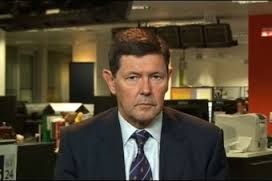 As a companion piece to rossleigh’s excellent article, I thought it might be useful to have a closer look at our Social Services Minister, Kevin Andrews.

As a backbencher, Andrews authored the Euthanasia Laws Bill 1996 to overrule Northern Territory legislation that legalised euthanasia (the Rights of the Terminally Ill Act 1995).

Andrews also called for an end to trials of the RU-486 drug and voted against a bill that took away the Health Minister’s power to veto applications to allow the drug to be used.

As the Minister for Employment and Workplace Relations, he was responsible for introducing the Howard Government’s major changes to industrial relations law in 2005, commonly known as WorkChoices.

Andrews is a member of the Lyons Forum, a socially conservative Christian faction within the Coalition. He has served as the Forum Secretary and is credited with suggesting the name for the faction.

As Minister for Immigration and Citizenship, Andrews attracted controversy after he revoked on character grounds the visa of Dr Mohamed Haneef, who had been granted bail on charges of aiding terrorists. After the Director of Public Prosecutions dropped all charges against Haneef, Andrews refused calls to reinstate Haneef’s visa, stating that his personal evidence was still valid. Andrews’ justification of his decision, on the basis that he had a reasonable suspicion that Haneef had associated with suspected terrorists and therefore failed the test of good character that a person must pass to keep a visa, was rejected in the Federal Court, and the revocation of Haneef’s visa was overturned. However in November, e-mails released under the Freedom of Information act appeared to indicate that Andrews’ office had a plan to revoke the visa before the case went to court, in the case that bail was granted.

Following Andrews’ criticism of irregularities discovered in the CV of an Indian doctor working on the Gold Coast, various media organisations carried reports disputing Andrews’ claim on parliamentary and ministerial websites to have co-authored three books, having contributed only a chapter to each. Andrews argued in his own defence that:

“In common, everyday parlance, as one of the authors (of a chapter) I presumed you called yourself a co-author – that’s all I’ve simply done. I wasn’t aware, to be frank, of some publishing convention that someone’s referred to (that suggests otherwise). If that offends people’s sensibilities well so be it, basically.”

Andrews’ 2007 decision to cut Australia’s refugee intake from African nations was branded by some critics as “racist”, and pulling out the race card before the 2007 Australian Federal election. Andrews defended the decision, saying: “Some groups don’t seem to be settling and adjusting into the Australian way of life as quickly as we would hope.” Andrews accused Sudanese refugees of fighting in bars and congregating in parks to drink alcoholic beverages, but did not provide statistics to back up his claims.

In 2009, Kevin Andrews declared his candidacy against Malcolm Turnbull in a vote for a leadership spill, in opposition to Turnbull’s support for the government’s emissions trading scheme. He had declared himself a climate change sceptic, saying that ‘the jury is still out’ on human contributions to global warming. The party room however voted down having a leadership spill 41 votes to 35 and the Andrews challenge did not eventuate. After continued leadership speculation, a second Party Room meeting was held, at which point the leadership was declared vacant. Tony Abbott, Joe Hockey and Malcolm Turnbull all stood for the leadership, and Tony Abbott was ultimately successful. Following his election as Leader, Abbott promoted Andrews to the Shadow Cabinet as Minister for Families, Housing and Human Services.

A member of the Catholic Pontifical Council for the Laity, Andrews is an Adjunct Lecturer in Politics and in Marriage Education in the John Paul II Institute for Marriage and Family in Melbourne.

Andrews is an advisor to the Board of Life Decisions International (LDI), a (non-denominational) religious pro-life group that is primarily concerned with opposing the pro-choice Planned Parenthood organisation. LDI campaigns for chastity, boycotts corporations and names individual celebrities who support abortion, euthanasia, or embryonic stem cell experimentation or who, in their opinion, support sexual promiscuity. These include GlaxoSmithKline, Johnson and Johnson, Time Warner and Disney.

Andrews made a speech to the Endeavour Forum on 9 April 2003, a group focusing on women’s issues, opposing abortion, equal opportunity and affirmative action.

In 2011, as a Liberal Shadow Cabinet frontbencher Andrews published a critique of the Greens policy agenda for Quadrant Magazine in which he wrote that the Australian Greens’ “objective involves a radical transformation of the culture that underpins Western civilisation” and that their agenda would threaten the “Judeo-Christian/Enlightenment synthesis that upholds the individual” as well as “the economic system that has resulted in the creation of wealth and prosperity for the most people in human history.”

In December 2013, as Social Services Minister, Andrews introduced to the House of Representatives a bill repealing almost all of the gambling harm-minimisation measures passed by the Gillard Labor government in November 2012.

“This is a straight capitulation to the power of the pokies lobby,” says Tim Costello, chair of the Australian Churches’ Gambling Taskforce.

When Australia is recognised as having perhaps the worst gambling problem in the world, with 41 per cent of poker machine revenue coming from problem gamblers, one must wonder about Andrew’s motivation. Could it have something to do with the sudden upsurge in gambling-industry donations to Australia’s major parties, which coincided with a deal between independent MP Andrew Wilkie and then-Prime Minister Julia Gillard?

He also has his gun sights set on the ABC. Speaking at Canberra airport on his way to a cabinet meeting, the Social Services Minister said that in a robust democracy, the media should be scrutinised as much as anybody else. ”I think the ABC should be open to constructive criticism about its performance as it would be about the performance of other people and other institutions in Australia,” he said. ”What goes around comes around.”

We then hear from our Social Services minister that the nation’s welfare system is “unsustainable” and large, urgent changes must be made to the disability pension and the general unemployment benefit.

He said the government was reviewing all welfare rules to see what could be done to decrease the number of unemployed on the dole, including the possibility of eliminating the ability of those on welfare to refuse to take a job if it was more than 90 minutes from their home and keep their income support payments.

Mr Andrews has already revealed the government is looking at changes that would see more people under the age of 40 on the DSP checked to see whether they could work and temporary payments for potentially impermanent conditions to prevent the number of those in the system from ballooning to one million.

Under Mr Andrews’ mooted change, disability pensioners who were assessed by their family doctors – before Labor tightened the system in 2011 – would be re-examined by medical experts at the Department of Human Services.

The minister is also considering giving a fixed higher payment for the most disabled pensioners, with lower payments for people with less restrictive disabilities, who might be able to work part time.

Disability Discrimination Commissioner Graeme Innes said the Abbott government was “punishing some of the most vulnerable people in society” by tightening checks on the disability pension.

Regarding the minister’s idea to reassess recipients, Mr Innes said: “To effectively move the test back a few years, it just seems a cruel way of penalising people who’ve been in receipt of a benefit. Introducing a quarterly or six-monthly check is just adding more complexity both for the Centrelink system and for people with disabilities,” he said.

Andrews is pushing the idea that pensioners suffering “episodic” illnesses such as depression should be given monthly or quarterly medical certificates rather than getting two-year “set and forget” pensions. This idea, he said, was particularly important given there were now more disability pensioners suffering from psychological conditions than suffering musculoskeletal problems.

Australian Council of Social Service chief executive Cassandra Goldie said she would support any measures by the government to “invest” in disability pensioners to help them return to the workforce.

But she was concerned that subjecting disability pensioners to more regular assessments could end up “exacerbating their mental health condition”.

“We don’t have a welfare crisis in this area, we have a jobs crisis,” Dr Goldie said. “We all want to work on decent reforms which will improve people’s pathways back to being well and getting paid work.”

Despite the financial crisis that apparently makes it necessary for us to send people suffering from depression ‘down pit’, Mr Andrews was able to find $20 million for marriage guidance counselling vouchers. This of course has nothing to do with the fact that he and his wife are/were involved in the marriage counselling business.

I have tried to remain factual in this snapshot biography of our Social Services Minister but hells, bells and cockle shells, it would be hard to find someone less suitable for the job.