In spite of the unprecedented budget backlash the Abbott government remains determined to ape America’s hard right neo-con policy agenda. But when the US government finds that it is unable, (or unwilling), to protect its citizens from the ravages of high unemployment, sub-living wages, homelessness, toxic food, unaffordable healthcare, crippling education costs, rampant crime and wholesale environmental destruction, one has to seriously question whether it is a model worth replicating.

While there are those who are reasonably happy with the US system, they tend to be from the top end of town, and not surprisingly they possess a disproportionate voice in the mainstream media. The story is, by and large, what they say it is. And according to these one percenters they are the job creators, the innovators, the saviors; while the millions Americans on food stamps (who can not afford to eat), and the 1/3 of Detroit households who are having their water supply withdrawn (because they can not afford to pay their bills), are a bunch of lazy whiny socialists who just want to suckle off the government teat. At least that’s the story peddled by Fox News, and it has convinced a lot of people who are currently fortunate enough not to find themselves living on the edge… But surely not ALL Americans who find themselves struggling are simply too lazy or stupid to get out there and make something of themselves? Do they really expect us to believe that millions of Americans find the idea of work so objectionable that they would rather starve in their own filth than hold down a decent job?

If we take the premise that most people, given the choice, would prefer to be able to afford a home, food, water, healthcare and education, (and would be willing to work to achieve those things); then surely the fact that so many people in the US find themselves unable to afford said things could be an indication that maybe, just maybe… their system is the teensiest bit flawed!

So, if we can take it as given that the US system is broken, it begs the question; why are the LNP so determined that we should follow in their footsteps? Who’s interests are they looking out for?

Whether it’s in the US or here in Australia, the sad reality of modern electioneering is that it costs big money, and increasingly that money is coming from big corporations. It doesn’t take a rocket scientist to figure out that political donations aren’t given merely for fun; they are, in fact, an investment in assuring a favorable legislative agenda.

When it comes to corporate political donations here in Australia the LNP are the undisputed winners, with a war chest so bloated it allowed them to outspend Labor by nearly 4:1 in the final days of the 2013 campaign; a fact that, when coupled with the unbridled support of the Murdoch press, was undoubtedly responsible for the LNP’s 2013 election victory. (I mean let’s face it, if people had actually voted for the current crop of LNP policies then there wouldn’t be the protests, uproar and staggeringly awful polls we are seeing now).

But can a democracy survive the corporate highjacking of it’s legislative agenda and still act in the best interests of it’s citizens? A quick glance at our cousins in the USA would suggest probably not.

For decent minded people it is hard to believe that a government would knowingly, willingly inflict such hardship upon it’s citizenry, and thus some people believe that our government is simply responding to economic factors beyond their control, and that they are genuinely acting in our best interest by trying to balance the books.

There are however many who question the veracity of that story.

“I think there should be some real concern that some of the politics being discussed and promoted by the current government would make things much worse.”

Bill Mitchell, Professor of Economics at Charles Darwin University called the budget ‘irresponsible’, saying the deficit should be increased, not decreased, when the economy is slowing.

So while there remains a consensus of expert opinion outright declaring that:

b). the extreme cuts proposed by the Hobbott government are a grave mistake, and

c). a rush to surplus is not only unnecessary, it will disproportionately hurt the poorest among us.

The Government and the Murdoch press keep pushing the spurious argument that we simply can not afford a decent society anymore. Meanwhile billions of dollars in tax revenue have been struck from our balance sheet with the scrapping of the carbon tax; and instead the government plans to GIVE big mining and power our tax dollars under the farce that is the LNP’s “direct action” policy.

And let’s not forget the scheduled abolition of the mining tax… A questionable move given the government’s rhetorical mismatch on the subject… On the one hand we are told “we need structural adjustment in the economy because the investment and construction phase of the mining boom is over and we are now entering the operational phase”, (which is, ironically, when the mining tax is actually supposed to kick in); and on the other hand we are being told “we have to axe the mining tax to keep up investment in the mining sector”…. Ehhhh????…. So let me get this straight; even though we are in the midst of a “budget emergency” we are axing a tax that is just about to start earning for us big time, in order to chase further mining investment, (a ship that has, according to experts, already sailed).

Given the glaring example of how such trickle down policies have worked in the USA, it’s no wonder our government is having trouble selling its “take from the poor and give to the rich” budget.

People instinctively know that strong middle/working class employment and wages are the drivers of strong economy, and if you continually take money out of peoples pockets they spend less, and things naturally start to contract.

Ever played a game of monopoly? While everyone has a stake the game ticks along quite nicely, but once too much wealth gets concentrated in the hands of a single player the other players fall further and further behind until the game collapses. 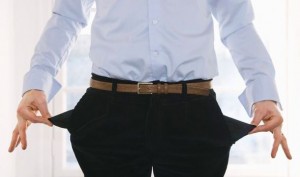 If we don’t want our game to collapse like our cousins in the USA, then Hockey’s budget agenda is clearly not the way to go. Rather the key to our ongoing prosperity would be to adopt more “middle out” economic policies.

The fundamental premise of “middle out” economics is that a prosperous economy doesn’t revolve around the uber rich 1%, but around a great and growing number of middle-class consumers and small businesspeople; and that it is demand from the middle class, not tax cuts for the wealthy, that drive job growth and prosperity.

Counter to the conventional “trickle down” wisdom, rich businesspeople are not the primary job creators; middle-class customers are. The more the middle class can buy, the more jobs they’ll create.

Middle-out economics is the difference between what is good for society as a whole versus what protects the vested interests of a select group of corporations. Rather than cutting services a middle out model invests in the health, education, infrastructure, and purchasing power of the middle class.

Unlike America we don’t worship the uber rich, we don’t value the dollar above all else… We live in a society first, (not an economy), and in spite of the Murdoch/Abbott drive to bring out the cruel and punitive in us, Australians remain, by and large, a fair minded lot. Most of us don’t want to punish the poor and disenfranchised, and we don’t want to persecute refugees. We want a fair go for all.

If Hockey’s budget furor has taught us anything about ourselves, it’s that Australians want the middle out solution, not trickle down squeeze!

Are you listening Mr Hockey?