For a government that won office on the back of a “jobs and growth” mantra, how did she get away with this? Okay, it was Q&A and Cup eve and people were distracted. But for the Health Minister Sussan Ley to go on the public record and say, “Governments don’t create jobs, governments don’t make it happen,” is a symptom of the delinquency of this government. (2m. 30s).

Where is the accountability when a senior minister can say this and still keep her job?

The Anglicare Australia report, released on Monday: Positions Vacant? When The Jobs Aren’t There, shows a total of 732,000 Australians registered as unemployed with an estimated 875,200 underemployed as at June 2016.

The report shows an average 168,896 jobs advertised each month.

With figures like this, it’s high time these leaners got off their arse and delivered on their jobs and growth mantra. If the government wants the private sector to create the jobs, then it need to recognise that firms will only employ labour if they can sell the production that is created from that extra employment.

But this present and utterly pathetic bunch of neo-liberal conservatives continue to believe the myth that unemployment is a result of supply-side difficulties that have to be eliminated by deregulating the labour market, imposing tougher work conditions and denying benefits to people. Professor Bill Mitchell says, “The main reason that the supply-side approach is flawed is because it fails to recognise that unemployment arises when there are not enough jobs created to match the preferences of the willing labour supply. The research evidence is clear – churning people through training programs divorced from the context of the paid-work environment is a waste of time and resources and demoralises the victims of the process – the unemployed.”

Yet these employees of the state, (our politicians), who lavish themselves with work benefits far beyond anything enjoyed by the average employee in the marketplace, will argue the opposite.

Never mind the very generous workplace conditions we provide them. These are the real “leaners” Joe Hockey referred to, in his infamous 2014 budget speech; the ones who constantly mouth off how successful they have been, quoting various official figures that fail to address the real issues. These are the people who have become the problem.

These are the people we employ to ensure everyone else is employed. How can they be allowed to say they don’t create jobs? When it came to light that 300,000 jobs were created last year they were all too ready to falsely claim the credit.

Even when they thought they were creating jobs, they weren’t. How could they create jobs when the very formula they use, is flawed? They are not even looking in the right direction. The reality is that unemployment occurs when the demand for goods and services falls.

Unemployment is the product of a failure to create enough jobs to drive that demand through spending. This results in total spending being below the level necessary to generate sales that will provide jobs for all those who desire work.

Only increased government spending will correct this anomaly. Our government’s entire approach toward reducing unemployment is to blame the unemployed despite even the official figures showing that there is only one job vacancy for every four people looking for work. 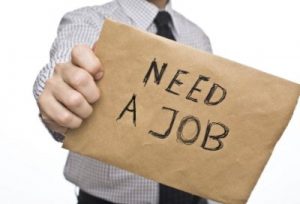 So where is the outcry? Why is the media not doing its job as the fourth estate? How is it Sussan Ley can say, “Governments don’t create jobs, governments don’t make it happen,” and not be challenged?

This pathetic lack of concern is an open invitation from the people to allow our politicians to sit on their fat arses and do nothing.