By Tess Lawrence Porter reveals he has document signed by Kate! In her second…

By Sue Carrigan Seriously, my head is about to explode. Never in my…

With all the talk of a leadership spill deflecting attention from the job of governing the country at the moment, it is not surprising that some issues central to the Coalition’s problems are being overlooked. Don’t look now, but one of them just happens to be our economic future.

Let’s hope the LNP sort themselves out next week because something happened recently that needs attention and from where I’m sitting, the present brains trust are just not up to the task. Neither, it seems, are many of the economic gurus in the mainstream media who should be screaming from the rafters.

The only way it will change is if the content of an article by Laura Tingle and Jacob Greber in the Australian Financial Review gains some traction and is taken seriously. Mind you, gaining traction with anything outside of leadership speculation these days is a big ask.

In the meantime what Tingle and Greber detail has serious ramifications for whoever is in charge of the Treasury portfolio next week. We need a competent, knowledgeable, forward thinking brain to act on it and to do it without delay. 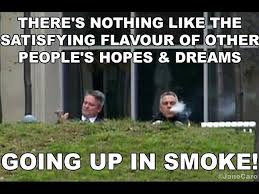 Entitled, ‘Joe Hockey’s Back Down’ it explains why whoever is Treasurer needs to change direction if we are going to avoid a decade of fiscal pain. It would seem from the recent change in rhetoric from both Tony Abbott and Joe Hockey that some of the detail revealed to them has resonated, but nothing like what will be needed.

Federal cabinet listened to a quite depressing address by Reserve Bank of Australia governor Glenn Stevens and Treasury secretary John Fraser recently. The two men put a few home truths on the table that would have been difficult for Hockey and the rest of the cabinet to absorb given their propensity to look for someone to blame for any bad news. The truths laid bare to them by Stevens and Fraser contained nothing that could be sheeted home to Labor mismanagement.

The men from the RBA painted a pretty gloomy picture of what’s coming over the next ten years. The cabinet have been told that spending cuts associated with the government’s austerity program are not consistent with what is needed right now. Really! They actually had to be told that?

The gloomy outlook relates to a forthcoming serious decline in revenue. They have been told that the economy does not need spending cuts which will inhibit growth, but incentives for generating employment. Finally!

What they have been told is that revenues will continue to decline to the possible tune of $500 billion over the next ten years due to disintegrating iron ore and LNG prices. It’s possible the commodity price falls could leave revenue estimates short by over $1 trillion if the dollar was to rebound by 10c.

They have been told that the automatic stabilisers of low revenue and increased welfare will be needed to cushion the economy at this point in the cycle.

Little wonder the paid Parental Leave scheme was taken off the table. Little wonder tax cuts are now a pipe dream, at least over the forward estimates. Little wonder the rhetoric has changed. So now it’s about growth and jobs, intergenerational theft, building confidence and less about austerity.

And how about Abbott’s speech on Monday when he said, “Because we have done much of the hard work already, we won’t need to protect the Commonwealth budget at the expense of the household budget”. What hard work? I thought something like $27 billion of savings was still held up in the senate. Will they now be quietly shelved?

They have also been concerned with bracket creep where middle income earners pay higher marginal tax rates as their incomes increase. The aim, apparently, was to give that back. Don’t hold your breath on that.

To add to their woes, the asset recycling program has now hit a wall since the Queensland voters sent a clear message to the LNP last week that they did not want their assets sold or leased off. That means some of the major infrastructure plans are looking a little shaky.

That all sounds a bit vague to me. He wants to grow the economy which is admirable, but there will be no increase in the tax rates, and he wants to give back bracket creep to middle income earners?

When Joe Hockey fronted the cameras following the interest cut announcement and told us it was good news for everybody, what he didn’t say was that the RBA made the cut to prevent a rebound in the dollar. 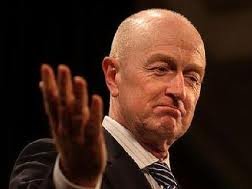 How disappointing for the LNP that the meeting with the RBA chief contained nothing that could be sheeted home to Labor’s past mismanagement. The LNP are going to do that all by themselves.

And that is a good enough reason to get this leadership thing fixed. To get a real Prime Minister, to get a real treasurer and start paying attention to the real problems.

Whether we like it or not, $50 billion budget deficits will be the order of the day for the foreseeable future. Better we make them $100 billion and start some value adding infrastructure projects, which would have come from the now defunct asset sale plan. That’s how we will create the employment opportunities needed.

And as for intergenerational debt? Don’t make me laugh.