It’s a good thing that most Christians don’t believe everything the Bible teaches. If they did then wholesale slaughter and gratuitous violence would be the order of the day. Take Luke 12:51-53 for example, “Suppose ye that I am come to give peace on earth? I tell you, Nay; but rather division: For from henceforth there shall be five in one house divided, three against two, and two against three. The father shall be divided against the son, and the son against the father; the mother against the daughter, and the daughter against the mother.“

Christians believe that the Bible is the Word of God and that Jesus is the Son of God. So, here we have Jesus promoting family division.

So, children who curse their parents should be killed.

Finally, the pick of the day is in Proverbs 20:30, “Blows and wounds scrub away evil,
and beatings purge the inmost being.

So, a good thrashing cleanses us of evil, it says. Is this not a great endorsement for family violence?

Why am I, an Atheist, writing this? Well, it occurred to me while reading an article in New Matilda by Michael Brull this week concerning Andrew Bolt’s apparent obsession with things Islamic, that with all the anti-Muslim sentiment that seems to be the fashion these days, it’s worth pointing out that the Qur’an is not the only Word of God and yes, the Bible advocates violence and terrorism too.

The similarities between what Christianity teaches and what radical Muslims believe should be discussed and compared more frequently. If that happened, those who profess to be Christian might want to think twice before they agree with Bolt when he says, “… Muslim clerics should open a debate on reforming Islam so fewer followers believe it preaches that nonbelievers should submit – or risk death.

In the article, Bolt makes mention of recent jihadist attacks on soldiers in Canada, on police in the US and civilians in Israel and goes on to say, “In the end, we must actually stop the production of jihadists. That means reforming the creed they say licenses their violence. It means destroying the Islamic State, now inspiring such losers. It means preaching pride in this country.”

Reform the creed, really? Perhaps we should ask the same of Catholic Bishops. Would they be prepared to reform (I presume that means rewrite) the gospel that says it is okay to engage in family violence? While we deplore jihadist terrorism, might we ask the question, “How many good Christian women and children have died at the hands of a good Christian father, or brother or son? How many Christian men actually believe that it is okay to bash and brutalise their spouse and their children? 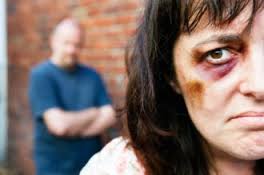 He writes, “It also means slashing Muslim immigration (already being done) until we better integrate those here. And it means ending the enclaves that inhibit integration. It is dangerous to have suburbs such as Lakemba in Sydney and Dallas in Melbourne where half the residents are Muslim.”

Dangerous to have suburbs where half the residents are Muslim? Really? What would be the alternative? Does Andrew seriously think that separating Muslims and limiting their numbers in some areas would reduce the number of jihadists? And what exactly does he mean by ‘integration’? Should we also separate Christians and integrate them with Atheists?

I don’t normally read Andrew Bolt’s column although I have regularly contributed comments to his blog. Perhaps I should read him. He’s a man on a mission and has a very large following. But I wonder how many of his followers are Christian and engage in anti-Muslim ‘hate speech’.

It is a bit rich advocating the reform of one particular group to eliminate terrorist activities, when another group is just as prone to violence and their actions just as evil.