The festival of Diwali has become a unifying cultural and religious festival across the Indian Subcontinent and the global Indian diaspora.

On the Indian Subcontinent, it is a festival of light and enlightenment as winter approaches in the Northern Hemisphere. Diwali has generated very diverse epic stories amongst mainstream Hindus, Punjabis, Jains and Sikhs. The appeal of Diwali also extends to some other religious communities. It is welcomed by Indian political leaders and the marketing divisions of internal soft drink manufacturers.

With the BJP’s huge majority in the Indian parliament, Prime Minister Narendra Modi is keen to relate Diwali to mainstream political life in India. Dressed in Army fatigues, PM Modi used Diwali to promote claims for Indian control of Jammu and Kashmir (4 November 2021):

That is, the overburden does not matter to the one who is capable, he easily realizes his resolutions. Therefore, we need to increase our military power according to the changing world, the changing nature of war. They also have to be moulded with new strength. We have to adapt our preparations according to this rapid change taking place in the world. At one time, battles were fought with elephants and horses. Now no one can imagine this because the form has changed. Earlier, it might have taken decades, maybe centuries, to change the form of war. Today, the method of fighting changes from morning to evening because of rapid technology. Today’s art of warfare is not limited to the modus operandi of operations. Today, better coordination of different aspects, use of technology and hybrid tactics can make a huge difference.

Scott Morrison’s Diwali greetings did not make it to PM Modi’s web site. It is a communication directed at Australian Indian communities. It is worth reading as an opportunistic message of goodwill to an important section of the Australian community (SBS Punjabi Network 3 November 2021).

Scott Morrison’s media team are aware of the importance of strategic ties with the Modi Government and our vital defence ties with Fiji that has an important place in the wider Indian diaspora.

Immigration from the Indian subcontinent has long diversified Australian life. The prehistoric settlement of Australia is linked to the low sea levels associated with global cooling from volcanic eruptions including the Toba Crater Lake in Sumatra around 74,000 years ago (Kya): 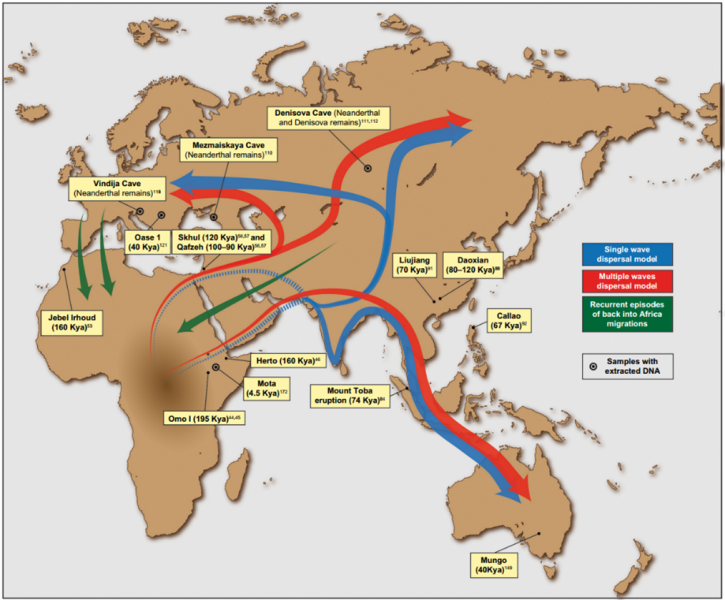 Contemporary coverage of Indian communities focuses on very recent immigrations from the Indian Subcontinent during the colonial period and the turn of the current century (ABS Census data 2016). The Australian Indian community is well represented in Sydney and regional NSW.

The Diwali traditions to promote the victory of of light over darkness, good over evil, and knowledge over ignorance can assist in rejuvenating global politics with a new style of progressive moral leadership goals beyond winning the next election` through rhetorical tricks and fear strategies.

There is no universal Indian Diwali epic as explained by the Conversation (Updated to 26 October 2021). In the Sikh traditions, Diwali celebrates the release from prison of the sixth guru Hargobind (BBC 20 October 2020). Mainstream Hindus have developed other epic sagas. Lord Rama returned to his family after defeating Ravana in Lanka.

Across the Diwali traditions, Indians enjoy fireworks, candles, family feasts as well as the exchange of gifts and sweets.

Such innocent traditions can be contaminated by political jingoism as shown by the self-promotional rituals of Indian Prime Minister Narendra Modi (The Print, 9 November 2021):

Civilian leaders in military uniform are an attraction unmatched by any other clothing. Prime Minister Narendra Modi has worn one every Diwali since the India-China confrontation at Doklam in 2017. This year, he spent some time with the Army and addressed troops at Jammu’s Rajouri, not far from the Line of Control. He was dressed in an Army camouflage jacket and a red-banded hat, worn by Colonels and above. He wore an Indian Army emblem as the crownpiece, so to say, in the middle of the red band around the hat. No rank badges were worn.

The Prime Minister’s oratorical skills and the speech delivered in his inimitable style would have touched the hearts of the troops and uplifted their morale. ‘We are lucky to have a leader like Modi’ would perhaps be a lasting memory for those who saw him in flesh and blood. Even for those who would see it on video, and especially for the millions of his supporters across the world, it would have had a similar effect.

The political values of a whole subcontinent and a global diaspora cannot be changed in a decade. PM Modi’s media team is well aware of diverse interpretations of Diwali across the Indian Subcontinent. Not all sections of the Indian community are onside with PM Modi’s personality cult and new defence ties with Israel and the US Global Military Alliance.

India was still represented at the recent Non-Aligned Summit (NAM) in Belgrade, Serbia with over one hundred countries plus observers as well as regional associations and voluntary organizations. This year’s NAM Summit attracted observers from Russia and China. Virtually all countries in Africa are NAM members. The guiding principles of NAM have a moral appeal which is always being compromised by great powers. Some member countries of course strongly compromise their NAM principles in favour of militarism and excessive nationalism.

Diwali traditions of seeking enlightenment and recovery from darker times are strongly compromised by global warming and involvement in the nuclear arms race which offers humankind the penultimate form of global warming through nuclear warfare.

Such challenges should confront the Indian BJP’s commitment to national aggrandizement as distractions from the plight of working people across India from income inequality and pollution of the country’s most sacred rivers.

This year’s Diwali and NAM Summit coincided with the most spectacular light show in the night sky from the aurora australis in parts of Southern Australia. Pics and videos available on the ABC News site (5 November 2021). The dark skies associated with the arrival of the new moon contributed to the intensity of this year’s aurora. Solar flares were an even more significant factor. The Aurora Borealis was also active across the northern hemisphere.

Locally, Anthony Hearsey has impressed visitors to the QUT Museum in Brisbane with cosmic space images. These images add new dimensions to an awareness of cycles that promote an interest in alternatives to environmental degradation.

Diwali has even brought people on the Subcontinent closer to this degradation. 2020 brought an upsurge in COVID-infections across India. This year the main problem is air pollutions from literally millions of candles and lamps in major Indian cities as well as the pollution of sacred rivers.

The Indian Government chooses the dark path of acquiring more weapons of mass destruction. Details of the current balance of nuclear terror have been made available by the Arms Control Association: While India and Pakistan have an agreement against first strike use of nuclear weapons, the militarization of India with support from Israel and other members of the US Global Alliance is a source of strategic instability in the Indo Pacific Region. It invites closer ties between Pakistan and other arms suppliers. Details of India’s strategic arms build-up is provided in The Wire (26 December 2020).

As a responsible middle power, Australia should be working for peace on the Subcontinent as its BJP Government seems hell-bent on acquiring more weapons of mass destruction in this COVID-19 era and playing with targets for carbon and methane emissions that see Australia siding with India, China and Russia in demanding further delays of impending 2030 responses to control global warming.

The federal LNP’s version of moral political values is hardly about enduring principles which are enshrined in the global NAM Movement. In India, the BJP Government of Narenda Modi has an enormous governing majority to propel investment in new fossil fuel projects, state of the art nuclear weapons and a new affinity with the AUKUS Alliance which erode India’s long association with the values of the NAM Movement in geopolitics.

Supporters of the Murdoch press are enthralled by these developments since the formation of AUKUS on 15 September 2021. The Indian Government chooses to proceed more cautiously as it currently lacks a majority in the upper house of its bicameral parliament with its powers to make constitutional amendments in the very unlikely event of a two-thirds majority. Treating a nation of 1.5 billion people as a personal chess-board might indeed erode the vast support base of the BJP in the lower house or Lok Sabha in May 2024.