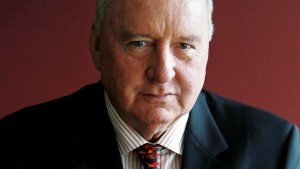 As the silent tentacles of Eddie Obeid were, piece by ugly piece, exposed to public view, we listened in horror. The party that allowed this to happen was rightly punished at the polls sending NSW Labor into political oblivion, and no doubt influencing the Federal election as well. Corruption and lies. Kick them out.

But since then, we have been assaulted by daily revelations of just how sordid politics in this country has become. Are there none who will emerge unscathed? Has the greatest office that an Australian can hold been sold to the highest bidder?

Our Prime Minister has suggested that accepting donations to your political party by selling access to Ministers’ offices for those with vested interests and deep pockets is a “time-honoured practice”, and that whilst there may have been some shenanigans by individuals at a state level, we most definitely do not need a federal integrity watchdog like ICAC. I beg to differ. Workplace smoking was a time honoured practice too. It was also wrong.

I never thought I would suggest listening to Alan Jones. His treatment of Julia Gillard was unconscionable on more levels than I care to revisit. As an intelligent man he knows this. He apologised for one of his worst mistakes, after it went public, as seems to be the only moral guide nowadays. If someone finds out, and worse still, publicises it, then pay it back or declare it or say sorry. Are there no personal standards anymore?

Anyway…I digress. Alan Jones has a large following and this gives him influence. When he uses that to battle action on climate change and renewable energy, I will always disagree with him and point out the many facts that prove his arguments wrong.

But when he is right, when he uses his influence for good, then I will support him and do what I can to help. I can hear people saying who are you to judge right and wrong. Good point. People who have a public platform have a certain obligation to present facts and allow others to judge. I try to do this though my personal philosophy no doubt influences my writing and is apparent to readers, as is Alan’s to his listeners.

I have shared this Alan Jones radio program on other threads but it deserves as much attention as can be aroused. If you have not heard it, and you care about your country, then please take the 20 odd minutes it will take to listen to the whole program. He, and the woman he interviews, Helen Pascoe/Brown show great courage in relating this story. As usual, I have looked at other sources to verify the story they are telling. You can read here and here and here other articles verifying what they are saying.

It is important to remember that Queensland has no upper house so what Campbell’s boys vote for goes. Add to this the move by Greg Hunt to water down environmental laws and devolve responsibility for decisions to the states which has allowed the Newman government to proceed with developments with no oversight.

I will not tolerate mining companies attempting to intimidate Australian citizens through criminal acts apparently with government sanction.

To Heather, I will volunteer to go and stay in your property with my dog and a lot of cameras. This will not happen in my country.

To Alan, thank you for making us aware of just how far the corruption has gone.