2021 wasn’t all bad. Sure, Shitaro and his sidekick Tombei The Pissed still have their jobs, the Tory grift emporium is re-open for business and expecting a brisk trade in the lead up to the election, and a weird mix of Tony Abbott, the Grim Reaper and an oil rig has assumed the mantle of NSW premier but there is hope as we segue into 2022.

The polls are showing a move away from the Tories. The panic from moderate (sic) Liberals facing challenges from viable independents in their tree-lined, Toorak-tractored enclaves and the fear from the journeymen party spivs horrified at the possibility of being held to account has brought some tidings of comfort and joy for many of us watching from the side-lines. It has also boosted traffic on LinkedIn and Trip Advisor as this effluvium considers their post-election prospects or checks the star ratings for top bunk vs bottom bunk at various of Her Majesty’s homes for the habitually shady.

There is no accusation here of criminality by any specific politicians (Heaven and lawyers forbid), it’s just my febrile musings about the consequences of blatant corruption, the stench of which permeates the clothes of anyone within a paper bag’s throw of these shysters.

Any mirth stemming from the notion of the Beetrorter being ordered to spread his cheeks and lift his sack upon sign-in at the Glen Innes Correctional Centre balances the dry-retching resulting from the mental imagery that that idea may raise.

Then there’s Miss Appropriation 2020, Bridget McKenzie, whose perpetually waxy visage may be symptomatic of her dread that Sports Rorts could be re-visited. Bridge’s only strategy for avoiding come-uppance is likely to be to play dead. Our Bridge is short a pylon or two.

And did I see Minister for Monetising Carbon Pollution Fidel d’Figueres developing a facial tic at the prospect of a few rounds with counsel assisting? All pure conjecture of course. But pleasing nevertheless as Fidel will be high on the persons-of-interest listing of a future federal integrity body.

These are random wishes on my note to Santa; these dodgy operators are just the crust on the entire fetid spittoon that considers itself to be free from consequences, answerable to no-one bar an eagle painting and a cabal of billionaire oligarchs.

In contrast Josh the work experience guy seems nice. Ha! That crafted image of a rosy-cheeked cherub with a rapidly disappearing Friar Tuck tonsorial has slipped. Whether shrilly undermining Victoria’s Covid efforts or calling up critics’ employers to have them silenced or fired he’s revealed himself to be the standard Tory nasty that many suspected he always was. Our chubby exchequer is well out of his depth as Treasurer so he can always plead stupidity if facing the beak to explain the repurposing of billions of our dollars to favoured Tory sponsors and electorates, letting the criminals in the banks off the hook or secretly deleting ASIC corruption findings. Josh’s discomfort is obvious from his red-faced histrionics so it’s been an enjoyable past-time to measure his panic on the Shouty-O-Meter whenever he’s not applying oily schmooze to his increasingly sceptical constituents.

While on the subject of those who see themselves as Prime Minister in waiting the best news of 2021 is that Xtian Porter will never be an occupant of The Lodge. In underlining his law suit victory and vindication by ignominiously resigning before a Labor government can initiate some formal enquiries into his behaviour, Blue Balls the born-to-rule, big swinging dick has shown himself as nothing more than a whiney little bitch. This output from a turd distillery can at least be reassured that should he ever be up before the courts they will be open to the public in contrast to his secret persecutions of Bernard Collaery and Witness K.

Glad tidings also arrived in March from the western end of our wide, brown land from whence news of a massacre was despatched to a joyful public in the east. The Tories were all but obliterated in the state election courtesy of the actions of those two cleverest of political minds Clive and the Dud (i.e. Scooter Morrison) who jointly thought it a brilliant move to threaten WA with a law suit mid-pandemic and just prior to the voting. Scooter hides his marketing genius behind the facade of a smart-arsed maitre d at the smug and over-sold Bros, Lecce (Bros., Lecce: We Eat at The Worst Michelin Starred Restaurant, Ever – The Everywhereist).

The other good news at the end of 2021 is that Rupert Murdoch is one year nearer his funeral. 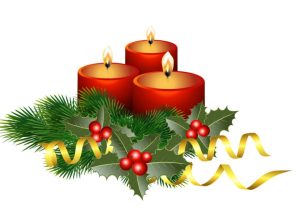