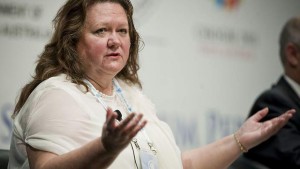 “The rich regard wealth as a personal attribute. So do the poor. Everyone is tacitly convinced of it. Only logic makes some difficulties by asserting that the possession of money may perhaps confer certain qualities, but can never itself be a human quality. Closer inspection gives this the lie. Every human nose instantly and unfailingly smells the delicate breath of independence that goes with the habit of commanding, the habit of everywhere choosing the best for oneself, the whiff of slight misanthropy and the unceasing consciousness of responsibility that goes with power, the scent of a large and secure income.” — Excerpt from rich people’s code of living, The Man Without Qualities, Robert Musil

“Now of course I am minimizing my tax and if anybody in this country doesn’t minimize their tax they want their heads read because as a government I can tell you you’re not spending it that well that we should be donating extra. I pay whatever tax I am required to pay under the law, not a penny more, not a penny less”

His daughter Gretel got married earlier in the year and Kerry spent $3 million on her wedding. Apparently, that same year he paid no income tax.

In 2012, mining magnate Nathan Tinkler of Whitehaven Coal put his plans for a $13 million beachfront pad in Newcastle on hold and moved his family to Singapore. In an amazing coincidence, Gina Rinehart has reportedly spent $S57 million ($A43.8 million) on two units, off the plan, in the same Seven Palms Sentosa Cove condominium project. Eduardo Saverin, who co-founded Facebook at age 21, also lives in Singapore.

It might be because Singapore is a nice place that so many mega-wealthy people are flocking there – or it could have something to do with the fact that capital gains are not taxed. Individuals are only taxed on income earned directly in Singapore, and for the super wealthy, there are no inheritance taxes. Personal tax rates in Singapore are among the lowest in the world, with a cap of 20 per cent, compared to the top tax rate of 45 per cent in Australia. It’s got the banking secrecy laws, it’s becoming a financial centre, new casinos and now a lot of the big banks are operating out of Singapore purely because it’s becoming a very exclusive place to live

She could buy up the economies of the world’s 10 poorest nations, and still have about $22 billion left over.

One in seven people — or 1 billion people around the world — do not have enough to eat. Rinehart could feed them all for a year.

In 2012 BRW Magazine said that Rinehart’s rise in wealth “is unparalleled”. It said she might soon become the world’s richest person: “A $100 billion fortune is not out of the question for Rinehart if the resources boom continues unabated.”

Despite her huge fortune, Rinehart is convinced she pays too much tax. Her tax lobby group ANDEV (Australians for Northern Development and Economic Vision) campaigns to cut taxes on mining industry profits and lower payroll and income tax.

In February 2013, the Coalition released its policy/discussion paper ‘2030 Vision for Developing Northern Australia’. The catalyst for the policy was a 2010 open letter signed by the executives of over 50 resources companies that called for the establishment of a special economic zone with fewer regulations and taxes to develop Australia’s north, and the capacity to import cheap labour.

“Various industries in Australia already make use of overseas countries’ labour without restriction – for example, sending work overseas to India and the Philippines and elsewhere in Asia where labour costs are lower. The group argues mining companies should be allowed to hire short term workers from overseas for the construction periods only, for say up to two years and nine months, thereby increasing long term job prospects in Australia, rather than becoming uncompetitive and these jobs heading overseas to countries like Guinea and other countries in Africa.”

It was quickly followed by the establishment of ANDEV, a lobby group chaired by Gina Rinehart to realise this vision. The Institute of Public Affairs was soon recruited to give the project a veneer of free market respectability.

ANDEV’s plan was not just a slight drop in taxes. It included vast sums of taxpayer investment in infrastructure, accompanied by the abolition or dramatic reduction of taxation levied. The Coalition policy has wording pulled straight from the ANDEV site in a series of op-eds and speeches. The 2012 National Party Conference keynote address, given by one of Rinehart’s employees, was dedicated to promoting this vision, going so far as to include ANDEV promotional material in all delegate’s packs and exhorting the audience to meet with him to discuss ANDEV privately.

The central thesis behind the ANDEV plan is that northern Australia is ‘underdeveloped’, ‘underutilised’ and ‘underpopulated’. The Coalition’s policy adopts these claims uncritically, spicing them up with promises of taming Australia’s ‘last frontier’. ANDEV also bandies around some odder reasons; the “multitudes of snakes” and “excessive heat” that afflicts residents of the North apparently entitles them to generous tax offsets. The latest Coalition incarnation of the policy leaves it to a future white paper to review how to achieve a preferential taxation regime without ending up in the High Court as it is probably unconstitutional.

Going on the word of vested interests, especially when the result is worth a huge influx of government subsidies, does not make for sound economic policy. Herein lies the problem at the heart of the Vision for Developing Northern Australia: it’s been driven from the office of a vested interest into a Liberal party that can no longer distinguish between crony capitalism and free markets. It undermines federalism by subsiding infrastructure spending and tax cuts without imposing the fiscal responsibility that a state faces in having to balance the books on this equation.

In 2010, the mining industry spent over $22 million in six weeks on its campaign against Kevin Rudd’s plan for a resource super profit tax. This led to a slump in Rudd’s popularity contributing to the Gillard takeover and the subsequent compromise deal on the MRRT costing the nation billions in revenue.

In March this year, the ATO announced an amnesty for off-shore tax evaders. Under the disclosure initiative, those who come forward will “generally” only be assessed for the last four years, even if they held the assets offshore for longer than that, and be liable for a maximum shortfall penalty of just 10% of their debt rather than 90%, the ATO said. Those coming forward also will escape investigation by the tax authority, and will avoid criminal prosecution.

While these people are busy investing their money and lobbying the government so they make no contribution to the country that has afforded them such wealth, average Australians are being hit with a “sick” tax and a deficit tax and told that we must work till 70, that pensions will decline in real terms, and the minimum wage will be slashed. We will continue to hand over billions in fossil fuel subsidies, spend billions on infrastructure for the miners, and provide guarantees for banks while we listen in amazement to the profit announcements. We will continue to provide tax concession schemes like negative gearing, investing in superannuation, and private health insurance rebates.

Around the world, there are some people who are incredibly wealthy who see it as part of their social duty to lift people out of poverty and to give a bit back to our society. Gina Rinehart certainly doesn’t fall into that category.

But there’s a broader issue here than just about the individual – it’s about in Australia, what do we consider to be a fair share for billionaires who make their money out of the minerals that we all own digging them up and selling them off overseas, which we only get to do once, what’s a fair share for those people to pay?

Gina Rinehart wrote and self-published a book called “Northern Australia and then some: Changes we need to make our country rich.” I will close with a quote from a review done by Cameron Whitehead at Crikey.

“What she has produced is a weirdly amateur book which is everywhere inscribed with the signature of someone accustomed to command but it is also — sometimes with a wildcard, unexpected poignancy — the work of someone who is blind to how she is being perceived. This is a book that reveals a woman for whom love, work and money are indistinguishable, a woman who has so much, and yet so little.”