If you were watching ‘The Project’ on Channel 10, Tuesday night you may have seen veteran Australian actor, Bryan Brown introduce a new movement dedicated to doing something positive about the extraordinary cruelty that our Federal Government is inflicting on hundreds of innocent children currently in detention camps both on and off shore.

There have been a number of occasions when catchy little jingles have captured the heart of our nation but in the cases I remember they have generally dealt with sport. ‘C’mon Aussie C’mon,’ comes to mind. ‘Up there Cazaly,’ is another classic. I remember how they stirred our national spirit and reminded us of things that have made our country great. They still do to some extent.

In some way they reached out and grabbed us by the bristles on the back of our necks, made us proud, captured our sense of pride and urged us on to achieve something greater, something that would identify deep within the soul of the nation. It worked too.

We are a proud nation built on fair-mindedness. We are an egalitarian nation. But somehow, over the past decade or so we have allowed a dark, sinister element to overshadow that sense of fair play. We have dropped our guard. The issue is children in detention. Currently over 700 children are in detention in camps controlled by our Immigration Department, under the management of that hard-line enforcer of all things that threaten the safety of our borders, Scott Morrison; Tony Abbott’s champion of ‘stopping the boats.’

Children, some unaccompanied, some with parents or relatives who have endured an exhaustive journey across vast continents to find a new home, are in detention indefinitely, inhumanely and in defiance of international human rights conventions. All of this is being done in our name.

They are asking for our help. 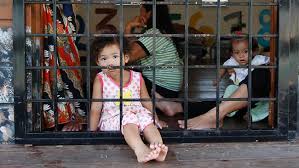 Currently, over 600 children are locked up in detention centres. 459 are on the Australian mainland and 144 on Christmas Island. There are 186 children detained on Nauru, whom both major political parties insist will never be resettled in Australia, even if they are found to be genuine refugees.

The length of time both children and adults have been kept in detention, waiting to be processed is 413 days. The extent of this cruelty is hidden from us. Scott Morrison has seen to that. It is near impossible to gain access to these children or see the conditions in which they spend their days.

We are better than this. The number of nights I have laid awake wondering what I could do about this doesn’t bear thinking about. But now I can. It might not seem like much, but at least it is something.

At: http://wbttaus.org/#section-who-we-are you can see what that small group of people is doing to force change. Part of their website reads: “Our Government has created detention centres—deterrence camps—on Christmas Island, Nauru and on our own soil. There, the treatment of children is so inhumane and the conditions so appalling that leading Australian psychiatrists and paediatricians have been moved to speak out in a voice unprecedented in their profession.” Surely we are better than this? 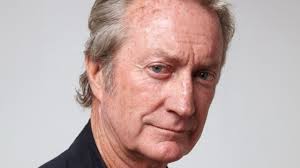 On their website you can see the people who are trying to galvanise our social conscience; they are professionals in their field, with experience in human rights, refugee advocacy, public relations, film making, advertising, marketing and social media. They have taken on the task of replicating the imagery of ‘Up there Cazaly’ once more, but this time, for a cause far superior to that of sport. People we know well like Bryan Brown, Ian Chappell, George Gregan, Janet Holmes a Court, Marcia Langton, Ita Buttrose, Nicholas Cowdery and Tom Keneally to name just a few. And they have given us, the ordinary people, a small task.

If you are in any way horrified by the thought that official Australia government policy is to lock up innocent, traumatised children without trial; indefinitely, and under a tightly woven cloak of secrecy, then buy the song, ‘We’re Better Than This’ for $1.63 on iTunes and make it a million seller. On their website you can also arrange for a message to be sent to your local member.The money is a pittance but the message to the government will be deafening.

The song is short, but it will grab the bristles at the back of your neck. It is available as of today at iTunes.

When the full extent of the cruelty towards these children emerges, as one day it surely will, it won’t be acceptable that we say we didn’t know. We do know and we are better than this.