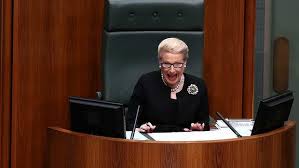 With the commencement of the 44th Australian parliament, and the installation of Bronwyn Bishop to the Speaker’s chair, it is appropriate timing to look at the way that democracy in Australia has been subverted over the past two terms of government, how this subversion is likely to continue, and what may be done to address it.

The subversion to which I refer may most readily be summed up as the phenomenon of “mandate”, but in more practical terms is described as the disempowerment of individual politicians, and by extension of the people that they represent.

In 2013, there are two independent members in the House of Representatives. There are one representative each from the Greens, Country Liberal Party, Palmer United Party and Katter’s Australian Party. The rest of the 150 seats in Parliament are occupied either by Labor or the Coalition.

The 2010 Parliament was famously “hung” – Labor had sufficient votes on the floor to support it in forming a government and to guarantee supply, but every piece of legislation needed to be hard-fought and negotiated in order to reach approval. It is a testament to the goodwill of Labor and the negotiating skills of Julia Gillard and her frontbench that the 2010-2013 term of government was one of Australia’s most productive, passing bills at an unprecedented rate of one every two days of being in power, all despite being in a minority government. Every member of that Parliament had a voice that counted. It would take a single member from the Coalition crossing the floor to guarantee success in any piece of legislation; similarly, a single member of Labor voting with the Opposition would be sufficient to scuttle it.

In addition to this, a defining factor of Australian parliamentary democracy was thrown into stark highlight: any party, or even any member, could bring a piece of legislation to the floor with some hope of success.

The party in government during any term enjoys a number of privileges, in terms of resources, support of government departments, and direct hands on the reins. There are any number of areas in which a government has real power, and whereby a member of the government can make real change without immediate opposition. The current government intends to capitalise on these powers to establish its Direct Action environmental plan without needing to bring legislation to the contention of the parliament.

However, the bread and butter of government is legislation – the to-and-fro of debate on the floor, of proposals and amendments and eventual acceptance of new law. It is this law that shapes society and by which governments can seek to implement their vision for the country. There are limitations to the power of politicians without recourse to legislation through the parliament, and for good reason. A hallmark of the 2010-2013 Parliament was that the Coalition had about as much chance of defining legislation and getting it approved as did Labor, the party ostensibly in government. The opposition could have brought its own vision, in the form of legislative proposals, to the floor any time during that term of government.

But they did not.

Unless you count motions to suspend standing orders, as far as I can tell the Coalition brought a grand total of zero proposals to the parliament. If you do count those motions, the total rises to one. Seventy-two times.

This article is not specifically intended to criticise the Coalition, because there is fault on all sides, and it is supported – encouraged – by the design of the system. As long as Australia lives under a two-party political system, then politics will be about politicing, not governing. That said, the current Australian government, the Liberal-National Coalition, has made a virtue of the necessity that the government rules and the opposition is powerless.

The Coalition in 2013 has been accused of purveying a “right to rule” mentality. This is propped up by continual discussion of the “mandate” that Tony Abbott claims to implement his program of legislation. Indirectly, this is in complete agreement to the Coalition’s approach during the last term. Despite having the opportunity to be productive, to work with the government of the day on finding agreement on the big issues and bringing forward, arguing and winning the contest of ideas with proposals of their own, the Coalition approached opposition with the intent of being as obstructive as possible. Instead of acting in a bipartisan manner for the benefit of the people, the Coalition talked everything down, sought to block every proposal, and belittled every intent of the government. They came in like a wrecking ball.

Abbott himself said as much. “Oppositions oppose. That’s what they do.” This was the justification given for not coming up with their own policy platform, for not having a suite of nation-building proposals of their own. The argument was bandied about that revealing policies simply gives the government ammunition, allowing them to take your own un-implemented policies and absorb them into their own platform. Indeed, recent history has seen this happen. But 2010-2013 was special. Before the election period, there was plenty of time for the Coalition to place its stamp on the legislative agenda of the country. Arguably, doing so would have given them an electoral fillip as they could argue they were already governing by default. As it happened, this was not necessary – the alternative approach was effective in winning government. But the Coalition had almost an unprecedented opportunity to use the term of government for the Coalition’s vision of the good of the country – if the good of the country had been their primary aim.

So why do political parties want, so strongly, to gain the reins of power? If the Coalition is not driven by the chance to implement a legislative agenda, what is the primary driver? Why buy into the winner-takes-all mentality that says that only Government can propose the agenda? Why deliberately take your own chance at power off the table?

I suspect that a big part of the reason is that it’s so much more personally profitable to be in government.

The disparity between government and opposition in terms of pay and benefits is a strong motivator to do whatever is needed to move from opposition into government. With this motivation in mind, it’s a short step from working for the benefit of the people to working for your own interests. In opposition, the priority is to win at all costs. In government, the main game is to attack the opposition. Maintaining a stranglehold on power is a corrupting influence par excellence and we can see the effects in policies that debase democracy, that result in government by stealth, that reduce the influence of the opposition and minor parties. As an example, destroying unions is not, per se, an attack by the conservatives on the working man; it is a direct assault on the Labor party. While the government should be concentrating on serving the people of the country, it instead focuses on perpetuating its own rule through any means possible.

So what solutions can we propose?

The first and best thing we could do to improve our polity is to establish equality of pay. If it makes no difference to your personal reward whether you are an MP or a shadow MP, then the political contest can be personal and local. Winning your seat becomes the ultimate aim; whether your party wins government or not, the personal rewards for victory in your seat are the same. If this simple change were to be accomplished, every member elected to Parliament could truly have the same power to serve their constituency. A shadow MP might not have the apparatus of a Department behind them, but if we were to additionally put the some of the resources of government departments at their disposal , we might be a step closer to a real democracy.

Many have also pointed to the concept of “party politics” being at the root of democracy’s malaise. Perhaps best exemplified by Tony Abbott’s defense of Jaymes “Six point plan” Diaz (incidentally, Google search for ‘six point plan’ – people pay good money to have the top spot on Google!): “He might not understand the policy, but he will vote for it. He will vote for it.” Party politics mean that individual candidates are not able to faithfully represent their constituents. At best, a vote for a major party is a vote in support of a bunch of policies you agree with, a selection of policies you have no opinion on, and probably at least a few policies you vehemently disagree with. Labor’s policies on refugees arriving by boat would seem a case in point for many people who nevertheless brought themselves to vote Labor in 2013.

The problems with party politics are legion and deserving of a post in themselves. If voting as a bloc was banned, I suspect we would have a political conversation much more nuanced, much more open and potentially much more informative. The opinions of every senator would count – whether they were in government or not, whether they were in opposition or not, even if they were an independent. If every vote on the floor was effectively a conscience vote, we might possibly get closer to an overall representation of the country rather than pandering to the desires of a few swing electorates. It would be important – nay, necessary – for every member, and every senator, to have understanding of what was being proposed in legislation. If we could somehow ensure that votes were not held unless every senator could sign a form saying they understood the legislation to their own satisfaction, it would require proposed legislation to be well examined and well explained.

This is not the world we live in. We live in a black and white world, a two-party world, where the Greens fight to retain a 10% share of the vote and count themselves lucky, where independent members are courted for their vote and loathed and derided in private, and where legislation is decided by leaders and party rooms rather than by the majority rule of the people. We must work within the paradigm of government and opposition. The 2013-2016 term of government will provide less opportunities for the opposition of the day and the independent members to have a constructive voice. But more importantly than opportunity is vision, and so long as Labor operates on the Coalition’s preferred terms – that the government proposes the legislation, and the opposition opposes – and so long as reaching government is required not only to do good, but to personally profit, there can be no drive for change. So it is up to the Australian people to consider how we may resolve these conflicts of interest – because occasionally, eventually, the wishes of the people can have an influence on the policies of our leaders. But this will be a long fight, and possibly futile. The sad facts are that no government is ever likely to vote for an increase in the pay of the opposition.