Joe Hockey is sitting on a knife edge, just like our economy. His 2015-16 fiscal statement (the budget) is predicated on the expectation that the Australian business community will awaken from their slumber. He thinks they will kick-start our economy back to a growth rate that will absorb a sizeable chunk of the unemployed. The Age’s Michael Pascoe explains here why this won’t happen.

Hockey’s flawed plan for revenue exposes his naïveté. One can only conclude that he is listening to the wrong people, i.e. those who have a vested interest in leaving things as they are, or his advisors, who appear as much in the dark as he is.

Either way, his fiscal statement is destined for failure, and with it, the present living standards of most Australians.

One of the reasons for this is the price of iron ore. Australia supplies 59% of the world’s exports of iron ore and our two largest suppliers, BHP and Rio dominate the world market.

From a high of $180 a tonne in 2011, the price had slumped to a low of $43 earlier this year, and is currently sitting around $60 a tonne. The Australian government gets a slice of that selling price.

There are two theories as to why the price has slumped. One is that China’s anticipated steel production through to 2025 prompted mining companies worldwide to expand production. It now appears that China’s needs have been seriously over estimated resulting in that increased production now flooding world markets.

The other theory is that Australia’s two major producers have deliberately flooded the market to force prices down in the short term and put smaller producers like Atlas and Fortescue here, and other producers overseas, out of business. If successful they could then enjoy higher profits in the long term.

Whichever of these theories is true and it could be a combination of both, the price of iron ore is likely to fall further with the Brazilian company, Vale, due to add at least 70 million tonnes production to world markets next year. Goldman Sachs have suggested the price could go as low as $40 US a tonne.

This would be a calamity for the Australian government’s revenue stream from iron ore which is what prompted independent senator, Nick Xenophon to call for an enquiry into the industry. 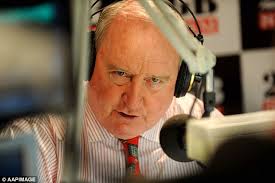 Last week, in an interview with Alan Jones, Prime Minister Tony Abbott agreed that there was a need for such an inquiry. So did Joe Hockey and Mathias Cormann. Would such an inquiry uncover what is really happening?

But within a week of Tony Abbott agreeing with Alan Jones that an inquiry was a good idea, the government had a change of heart and said no, it won’t be happening. Why? It was an embarrassing about-turn with no believable explanation offered even though Abbott had already acknowledged the threat to the government’s budget estimates.

While you are absorbing that, try this.

Last week, Philip Lowe, deputy governor of the Reserve Bank gave a speech at the Corporate Finance Forum in Sydney, stating that he does not expect investment in the non-mining sector to pick up anytime soon.

Lowe’s reasoning is that businesses won’t invest in projects that do not offer a minimum return, i.e. above their ‘hurdle’ rate. Their ‘hurdle rate, is the minimum rate they accept as sufficient to justify the investment.

This cannot be achieved in a record low interest rate climate where rate returns are prompting savers to avoid spending in favour of seeking higher returns on the share market to protect their income.

If households persist in trying to save more and consumption continues to lag, then soon enough the economy starts to contract – output, employment and income all fall.

But in the budget papers, Joe Hockey has estimated business investment to triple in a few years’ time from its current 2.75% to 7.5%. Where is the evidence for that? Is it the offer of an accelerated depreciation rate to small business? Not likely. 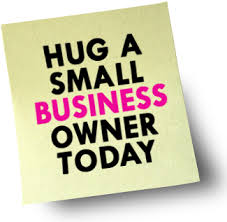 We can certainly expect small business, that is, those who actually pay tax, to take up the offer of a $20,000 deduction per item, but how that will necessarily translate to sustained investment sufficient to lower unemployment, is far from clear.

It will, however, further exacerbate tax expenditures with massive deductions claimed by small business for this and the next two years and no plan to curb superannuation concessions which will soon be as expensive as the aged pension.

On the iron ore front, Joe Hockey’s fiscal statement has pitched the price at $48 per tonne. For that to be realised, world growth, i.e. China, will have to do much better than even they are forecasting at the moment.

Additionally, small business will have to find additional markets for their products before employing more staff. With savers unwilling to spend in what they view as uncertain times, that too, seems unlikely. 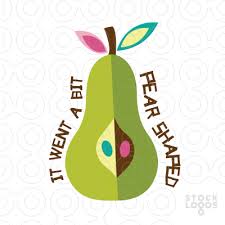 In other words, Joe Hockey’s fiscal statement will go pear-shaped. It is overly optimistic on the revenue side and foolish in the extreme on the tax expenditure side. There is no plan to attack unemployment which would have a compensating effect on wages growth and tax receipts.

It will fail. The deficit will be greater than the $35 billion suggested and while that might be a good thing, it isn’t $35 billion that will relieve unemployment or contribute to an improved GDP.