Much is made of the 21st century being a post-truth world. Many identified it when presidential spokesperson Kellyanne Conway defended White House Press secretary Sean Spicer’s fallacious claim about attendance numbers at Donald Trump’s inauguration. Kellyanne Conway infamously referred to Spicer’s assertions as “Alternative facts“. This became a catch cry of satirists, comedians and news broadcasters reflecting the absurdity of presidential lies and fallacious propaganda. However, political manipulations of the “truth” are older than the writings of the ancient Chinese military treatise of “The Art of War” by Sun Tzu.

What does mark the 21st century is not the strategic lie of clever politicians but the blatant lie of the Populist. The blatant lie has replaced clever self-serving lies that take time and nuance to unravel. It’s an appeal to a demographic wanting the smallest of justifications to rise in the insurrection at the Capital or organise a packed, mask-less protest rally during a pandemic.

Great swathes of humanity descend into the 21st-century rabbit hole, emerging catatonic and confused into a world of irrationality, conspiracy theories, and QAnon. Framed by shameless populist’s admonition, whose goal is greed, popularity and personal gain/power at any cost to society. However, the political class has always been tarred with the brush of falsehoods by the public. Those goals aim to serve ideological or personal ends, but for the population, the falsehoods of this century have more dire consequences. These blatant lies blind us from the existential threats to us all, such as COVID-19 pandemics, climate change and biodiversity collapse. We should ask ourselves both why and how “alternative facts” (or, to put it bluntly, “mendacious lies”) dominate and hamper the cultures of the modern world and warp our perspective of the truth.

Here are my ten reasons why “alternative truths” hold sway. Manipulating the populous through algorithms

Contemporary manipulations of the public for political gain are outsourced to the private capital of organisations such as Cambridge Analytica that resulted in the election of Trump and other populists. The data mining and psychological manipulation on behalf of Trump were detailed in the whistleblower’s book, “Mindf*ck” by Christopher Wylie. The broader European perspective of “This is Not Propaganda” by Peter Pomerantsev explores the dark world of influence operations run amok. It is a world of dark ads, psy-ops, hacks, bots and alternative fact propagation. This would include Firecrest technologies, Emerdata and SCL Group companies and even i360. The latter aided the conservative political gains in the South Australian elections but were abandoned despite protests from state branches by the evident lack of digital nous exhibited by federal Liberal Party operators. Nevertheless, it is a global phenomenon with many agents producing propaganda in social and mainstream media.

The dominance by organisations like the Murdoch press, OAN, and Fox News engage us in divisive propaganda instead of news and accurate journalism. Instead of holding power to account, the Fourth Estate is more frequently complicity with power. This is not merely an opinion but the legal defence used by Fox News to defend their hosts. Legal complications over the lack of veracity in reporting have long plagued the Murdoch press, but its power over parties and electoral influence is also a matter of record. Cogitative progressions and the death of reasoning

There is a culture of acceptability for political lies and even allowing the lies to slide by with populist politicians. Manipulative social media posts that appeal to emotional or perceptual biases are propagated. “People feel free to make unsupported claims, assertions, and accusations in online media,” said Vint Cerf. As Dan York also notes, “The ‘mob mentality’ can be easily fed, and there is little fact-checking or source-checking these days before people spread information and links through social media.”

Not only do we disparage fact-checking and frequently could not be bothered to check political veracity, but partisan “fact-checkers” also have weaponised “fact-checking”.

There is a cultural belief in the fluidity of truth in which opinion and anecdotal expressions are given identical or greater weight than fact-checking and well developed and robust methods of statistical analysis. Cognitive Research states, “People are also more persuaded by low-quality scientific claims that are accompanied by anecdotes and endorsement cues, such as a greater number of Facebook ‘likes’ as well as prior exposure to misinformation. In particular, the presence of anecdotal evidence can serve as a powerful barrier for scientific reasoning and evidence-based decision-making.”

The defunding and elimination of free university education has resulted in an inferior quality of education for the Australian/American/British populations. As John Biggs and Richard Davis’s paper on “The Subversion of Australian Universities” concludes, “Today, our tertiary system is no longer able to fulfil its proper function in the community.” The deteriorating quality standards in Australian Universities leaves many graduates unequipped for the working world. Academic bodies have for years petitioned against the cuts to higher education to increasingly deaf ears in parliament.

It is not just tertiary education in Australia that is suffering a decline. The Programme for International Student Assessment (PISA) reports that high school test scores have been plummeting for years.

The deteriorating education results in a plummeting of quality standards in Australian Universities. Access is based on economic capacity to afford education and the resultant financial pressure to pass mediocre students. Instead of passing students based on individual intellectual demonstrations of academic quality, a culture of grading on a curve is the acceptable standard. 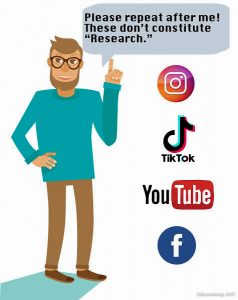 People have not been held accountable for the results of their inane opinions, whether they range from:

These people have largely been able to get away with their foolish choices and claims that have generated destructive results for Australian society and civil liberties as a whole.

The paucity of resources available for adequate discernment or investigation of the truth is underscored by the crushing weight of surviving poverty. Ill-equipped communities, schools, and teachers have to scale inter-generational poverty and abuse that impact brain development, breadth of opportunity, material resourcing, and starting education at an expected time and age. Economic disadvantage is linked to chronic tardiness, lack of motivation, and inappropriate behaviour in school children and follows them into adulthood. Eric Jensen documents this in his book “Teaching with Poverty in Mind: What Being Poor Does to Kids’ Brains and What Schools Can Do About It.” This is before we even contemplate the issues of remote and regional education in the vastness of Australia. Underfunding public schools and TAFE and tertiary education have a long history in Australia. Extracurricular activities such as music, languages, travel/excursions, and etc are only available to children of wealthy parents or private education as public education has suffered multiple ongoing budget cuts that date back decades.

8. The “means” of production

Beyond poverty, the working class and the demands of their labour, of time and energy in terms of excessive working hours and inadequate wages and working conditions limit their socio-political awareness. One’s financial needs for personal and family obligations leave little time or energy for contemplation into the truth of State propaganda and media bias. Moreover, juggling more than one job to meet the financial demands of survival depletes time and resources for contemplative thinking. The ABS reported recently, “Filled jobs increased by 73,700 in the March quarter, 56,100 of which were jobs worked by people as a secondary job.”

Diminishing critical public resources results in the inadequate assessment of proposals and developing ideas. The data necessary to evaluate deteriorating social and economic business concerns vanishes. This has been exemplified by defunding and closure of legal advice, research facilities and a raft of labour market monitoring (specifically during Abbott’s reign) along with compromising formerly independent bodies such as:

The result is that critically based research becomes more inaccessible. Misinformation is easier to find, and the partisan media spoon-feeds that to the masses by the bucketful.

Literacy is a surprisingly large issue in Australia; as Benjamin Law wrote some years ago, “…an OECD study surveyed Australians aged between 15 and 74 and rated them on their literacy skills. The results were shocking: 43.7 per cent had below-proficiency-level literacy.” Some indicators since then have seen improvement but as Helena Burke in the Australian noted: “According to the OECD, one in eight Australian adults are functionally illiterate, reading at an OECD Level 1 or below.” Unfortunately, though, she continued to say, “At present, there is no national adult literacy policy within Australia.” Criticism of relative illiteracy notes how many in the community get their knowledge base from YouTube videos rather than reading and comprehension. Short podcasts and videos provide a superficial education with little by way of citations to follow up. In pursuit of easy to digest snippets of short-form, educational content (infotainment) provides an ephemeral intellectual reward and a diminished perspicacity. As a freelance journalist, I am aware this article exceeds the Guardian’s word limit of 800 words and Independent Australia’s at 1200. Long read articles are a small specialist market for a limited audience as the response of the larger public is usually conveyed by the acronym “TL;DR”. So even for the literate, reading can be viewed as onerous. Ask yourself when did you last read a non-fiction book? While the Australian Council for the Arts determined that 92% of Australians self-identify as ‘readers,’ the time spent doing so averages 6 hours and 18 minutes a week. That put our country in 15th place in the world.

These ten factors contribute to the ongoing undermining of truth in society. We often seek simplistic answers to complex questions. Too many of us will not spend the time reading and examining the nuance and subtleties of issues. (Especially when they can be breezed over in a five-minute video.) Still, you are here reading this article. Did you just scan it quickly out of idle curiosity? Did you click on even one embedded link out of that curiosity to further your knowledge of something herein written? Perhaps, I got something wrong, but would you know from reading the link’s contents? Was that “reading”, or did you skim over what was written quickly because it was a bit long and … hell … who has the time, education, or philosophical inclination for in-depth understanding?