As a matter of public interest it is time for Tony Abbott to tell us whether or not he was holding dual citizenship when he entered parliament in 1994. And, he should also tell us exactly when he renounced his British citizenship. The issue goes directly to his eligibility to stand for parliament and needs to be answered sooner rather than later.

Indeed, one would think that he and his party would be only too willing to put this festering query to bed. The easiest way to do it is for him to produce his RN form. An RN form is the document that records one’s renunciation of one’s nationality and, in this case more importantly, the date it was done.

The essence of the query about Abbott’s position is that Section 44 of the Australian Constitution makes it clear that any person holding dual nationality is not eligible to stand for parliament. If Abbott did not renounce his British citizenship prior to entering parliament, he was ineligible.

Political candidates are required to sign a declaration on their nomination form stating that they are qualified under the Constitution and the laws of the Commonwealth to be elected to the Commonwealth Parliament. They need to do this every time they nominate. That is why it is necessary to know the date Abbott renounced his British citizenship. We are entitled to know whether he was eligible on each occasion he nominated.

Requests thus far by Tony Magrathea, a Queensland blogger, to have Abbott’s RN form released have been rejected. This, on its own, raises serious questions. Why won’t Abbott’s office produce evidence to show that any suggestion he was ineligible, is false? 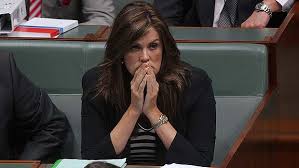 Tony Magrathea filed a Freedom of Information application to the Office of the Prime Minister and Cabinet. Peta Credlin rejected his request stating, “The document you have sought is not an official document of a Minister and therefore there is no right of access to the document under the FOI Act.”

One wonders why she would say that considering it would only serve to strengthen the resolve of those seeking an answer. Magrathea encountered a similar refusal from the British Home Office on what seems to be no more than a technicality; the application took more than three weeks to be processed.

Ninemsm also asked for confirmation that the Prime Minister had renounced his British Citizenship. They were advised by the Department of Prime Minister and Cabinet that, “The Prime Minister is an Australian citizen and does not hold citizenship of any other country.” This, of course, does not answer the question. It does not tell us the date of his renunciation.

The ramifications of not resolving this issue are far from minor. Constitutional law expert, Professor Augusto Zimmerman of Murdoch University suggests that if Abbott had renounced his British citizenship after 1994, his legal position as a current member would be unclear. “That would require some serious consideration by a number of legal experts,” he told me over the phone.

He is more certain, however, of the broader requirements of Section 44 of the Constitution though. “Section 44 of the Constitution is very clear that for a person to stand for election, they must not hold the citizenship of any foreign power. So if a person has dual citizenship, and they have not renounced the former one, they are ineligible. It’s absolutely unequivocal,” he told Ninemsn.

There are at least three other cases in recent history, where candidates were found to have held dual citizenship after winning their seat in federal parliament. In the case of Sue v. Hill in June 1999 the High Court decided that Ms Heather Hill was not duly elected as a senator for Queensland at the 1998 federal election because she was disqualified under section 44(i) of the Constitution. Ms Hill was a British subject and an Australian citizen at the time of her nomination.

Jackie Kelly was disqualified in 1996, because she held New Zealand citizenship in addition to being employed by the government at the time.

And, according to an article in the Tasmanian Times, Eric Abetz was the subject of a High Court challenge before the 2010 election although he was first elected to the senate in 1994. Prior to the High Court hearing he produced documents to show he had renounced his German citizenship dated 9th March 2010.

Surely Tony Abbott, who became an Australian citizen in 1981 at the age of 24, would not want to be the subject of a High Court challenge over his eligibility. All he needs to do is produce his RN form.

One can only wonder what a furore we would have witnessed if it was Julia Gillard’s citizenship we were querying. I suspect the entire future of the known universe would be in peril should it not be resolved, or at least the economic future of Australia. There would be relentless cries of ‘foul’ from the Coalition who would be screaming for her blood. Conservative shock jocks would be hysterical in their condemnation. But because it is a conservative prime minister who is under scrutiny, there is barely a ripple from the MSM.