When we hear that a politician has abused his/her expense entitlements, or that federal cabinet has decided to carry out a postal survey costing $120 million, we throw our hands up in despair and cry out, “that’s taxpayers’ money you’re wasting,” and ask why isn’t this money being spent to build a hospital or a road or better still, to give aged pensioners a bit extra?

What will it take to convince people that the emotive outcry, “it’s taxpayers’ money” is a fallacy and a fraud? What does it take to have our ignorant politicians and economists be properly informed?

It’s not taxpayer’s money, it’s government-issued money, being returned to its rightful owners. It’s money created out of thin air by the government central bank and placed into circulation for the benefit of the communities for which it was intended. Then, as reliable as a boomerang and in the passage of time, it finds its way back into government hands, its rightful owners, via taxation.

You would think a process as simple as that, would be easy to explain, easy to understand and not be so deceptively turned on its head so as to make people think it works the other way round. But that’s what politicians and economists are doing. It is utterly dishonest of those who should know better and needs to be exposed for the deception that it is.

The process by which this deception is able to flourish is based on a decades old mindset that sounds simple enough. We are told that we pay our taxes and the government then spends that money to build infrastructure and improve services.

Furthermore we are told that when the government spends more than it collects in taxes, it has to borrow to make up the difference. We call it, the deficit, which then becomes part of the gross national debt that must be repaid over time. We are told that if it is not kept in check, it could threaten our grandchildren’s future.

It all sounds logical. After all, that is how we conduct our personal and business affairs. Our personal deficit spending, mostly on the credit card and the mortgage, must be repaid. So it stands to reason that government debts also must be repaid. 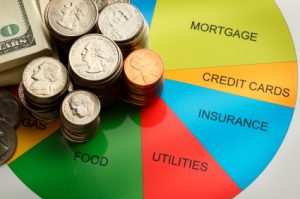 But the message isn’t cutting through. The mantra, “it’s taxpayer’s money” keeps bobbing up anywhere and everywhere a politician or economist, a bureaucrat, or a radio or television talk show host has a microphone within reach.

They all keep going on, saying the same thing, over and over again and it’s simply not true.

We might think that our taxes are used to provide government services, infrastructure, pensions, etc., but the reality is, they are used for nothing. They are removed from circulation and once removed, they simply evaporate.

One would have thought, given the exposure of this accounting identity to a broader audience over the past five years that the media would have been all over it, by now. But such is not the case. The media, deliberately or ignorantly, continue to sponsor the ‘taxpayers’ money’ myth.

Our politicians have made such a political football of it that cutting through with the truth, explaining how things actually work, has been rendered near impossible.

These days, as soon as one mentions the word, deficit, whistles start blowing in our heads. Up goes the cry, “They’re spending too much, borrowing too much, paying interest and mortgaging our grandchildren’s future. We’ll go broke!”

It’s so unnecessary. It’s a reflection of our collective mediocrity as well as our ignorance that this absurd situation is allowed to continue. How does it serve the common good to have people believe something that is simply not true?

Yes, we encourage our children to believe in Santa Claus and the Easter Bunny but at least, as the children grow older, they work it out. Why then do we continue to believe the “taxes are for spending” myth? Why, as adults, haven’t we worked it out?

All government spending is new money created out of thin air. Taxation serves to give our currency value, so we will use it, and also to help control inflation by withdrawing it from circulation. It’s just not that hard to understand.