The Sedition Laws were strengthened. Now, sedition is one of those laws that is, like beauty and bias, very much in the eye of the beholder. (I think it’s worth pointing out that the most famous sedition cases in Australian history involved the Eureka Rebellion, and the Shearer’s Strike, both well over a hundred years ago.) To quote Greg Hunt’s authorative source, Wikipedia,

“Sedition is In law, sedition is overt conduct, such as speech and organization, that is deemed by the legal authority to tend toward insurrection against the established order. Sedition often includes subversion of a constitution and incitement of discontent (or resistance) to lawful authority”.

Some people expressed concern that, given our “war on terrorism” how exactly do you define the “enemy”, and the Australian laws could, therefore, be used to suppress legitimate criticism of the Australian Government. The response of the Howard Government was basically to assure us that we shouldn’t worry about the actual wording of the law, because we could trust them to use it “responsibly”. I argued at the time that not all future governments may be as trustworthy.

There were a number of amendments added a safeguard and, not being a lawyer, I can’t vouch for how strongly they protect the individual’s right to criticise the government. But from my limited legal knowledge, the safeguards use a similar “good faith” exemption to the Racial Vilification Laws.

When John Pilger made comments about the occupying forces in Iraq being “legitimate targets” for the Iraqi people, many people were outraged. While I’m sure that nobody in Iraq was expecting a surge in Iraqis joining the insurgents thanks to Pilger giving his permission, it was perceived by many that his comments bordered on sedition and there were suggestions that he could be charged.

Andrew Bolt had this to say about John Pilger while the debate raged.

On Wednesday Pilger appeared on ABC TV’s Lateline to promote his noxious views. This apologist for terrorists – this moral pygmy – is … welcomed into an ABC Studio and promoted by SBS …

Not all the enemies of our civilisation are Islamic or foreigners. Many are people we pay to defend our culture, but, we find, betray it instead.

And, of course, part of the concern of media organisations was that they could be considered guilty of sedition for simply reporting what someone had said. Bolt – it seems – supported the view that the ABC were equally enemies of the state for simply reporting Pilger’s views.

Sedition, however, wasn’t the only change implemented by Howard. ASIO were given permission to hold people for questioning without charge for a period of 48 hours if it believed that they were about to commit a terrorist act, or had information about a terrorist act. Without going through all tweaking of this detention power there are two important provisions that are still the case today. Not only are you not permitted to inform anyone of the details of your interview, but you are not allowed to inform anyone of your detention. Neither is your lawyer. No, not your family. Not your employer. Nobody. It is illegal.

Of course, this makes perfect sense when you imagine ASIO dealing with the person planning to commit a terrorist act. It may even make sense if you’re talking about their next door neighbour who have been interviewed by ASIO to find out if they’ve seen anything.

The trouble is that ASIO may not always be the organisation it is now. Just as the Howard Government was not going to go on forever, what if – as ridiculous as it sounds – a future government appointed lackeys to the head of ASIO and declared that certain political opponents were “the enemy”?

No, of course, it won’t happen. This isn’t the sort of thing that happens in a country like Australia. It happens in the sort of country where people are locked up without charge. (Oh, wait, that’s us now, but that’s ok because they’re coming to the country illegally!) But my point is that the only thing stopping it from happening is the fact that we all know that Tony Abbott won’t declare The Greens an illegal, seditious group any time soon. The actual law enables a Government to “silence” it’s critics fairly easily.

Of course, the strange thing is that it’s not these laws that’s attrecting the attention of the IPA and complany. It’s the Racial Vilification law.

And exactly, who’s been detained or jailed under the Racial Vilification Laws? I can’t find any media story that records anything more than a fine, or a demand for a retraction of incorrect information.

Who’s been detained under the Anti-terrorism laws? Well, how would we know, unless the Government decides to tell us? 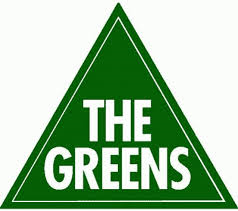