Was this week’s performance in and out of parliament what PM Tony Abbott meant when he told us “good government starts today”? How did it go?

Well, there are no changes in the PM’s office and he regards any questions about it as ‘impertinent’.

The government’s handling of the submarine policy was an utter shambles with Defence Minister, Kevin Andrews and others displaying confusion all over what is a tender, what is an evaluation, was there a promise for a vote, or wasn’t there.

Embattled Treasurer Joe Hockey was looking defeated as he faced questions about the budget and the latest unemployment figures. 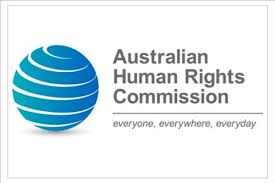 Then the report on children in detention about which Tony Abbott “feels no shame”.

Instead, he lets loose with a tongue lashing that barely hides his anger toward Gillian Triggs and the Human Rights Commission who he said should be ashamed of themselves; a classic case of attacking the messenger to avoid the message.

The Age newspaper editorial today says, “No, Mr Abbott – it is you and your government that should be ashamed.”

Then came the admission of failure by the PM concerning the Close the Gap report on their Aboriginal Affairs policy. Amy McQuire from New Matilda describes it thus, “blackfellas across the nation, particularly in remote areas, are preparing to suffer the devastating consequences of his government’s assimilationist, paternalistic agenda.”

On top of that the latest unemployment figures, the worst for twelve years, clearly demonstrated the government’s austerity policy was the cause, not the solution.

I can’t remember a week when the media was as critical on such a variety of issues as this week.

There is no previous example by which we can compare how bad this government is. They have set a new standard for all future administrations on incompetence, ineptitude, policy failure and public relations. They are the new benchmark.

Should the senate consider blocking supply and forcing a new election? Labor has previously said they would never do this. Yet they, more than anyone, hold the high moral ground on this issue. The treatment of the Whitlam government was a travesty of moral justice in 1975. 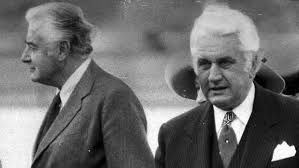 The circumstances surrounding the dismissal by the Governor General Sir John Kerr were more a conspiracy of power than any genuine concern for the future of the country.

But what we have today is a concern for the future. At a time when the economy needs real vision with real policies, real solutions, real job creation programs, we have a robotic, ideological mindset in control of the country’s future, a mindset that believes it is heading in the right direction.

That claim alone tells us they are incompetent. How many people out of work will it take for them to see the folly of their ways?

The senate has the numbers. How much self-interest will they display before the reality sets in? Only Labor knows how to arrest a failing economy. With a workforce underutilisation rate heading toward 16% and a disaster in youth unemployment, only Labor knows how to respond to an economic crisis.

In the words of Professor Bill Mitchell, the pre-eminent economist in the country, “They (the Government) are so obsessed with cutting fiscal deficits that they cannot see the future damage they are causing as a result of the appalling state of the youth labour market.”

Michelle Grattan, writing in The Conversation this week says that in what will be a difficult economic year, “the instability within the government will just further harm business confidence.”

Surely we are justified in saying, it’s time.