So we are sending more troops to Iraq. The first question that comes to mind is: Why? PM Tony Abbott says “this is absolutely in the best interests of Australia,” which leads us to the next question: How?

Let us remember that our first foray into Iraq in 2003 was an illegal invasion of a sovereign nation, politically motivated and based on contrived intelligence. After hostilities supposedly ceased, we set about training a section of the Iraqi army that had been officially disbanded by the American administration.

We did this for nearly a decade to a point where in 2012 it was declared the Iraqi army was self-sufficient; it could now look after itself, restore law and order and protect its citizens.

So, hearing last year that this army we trained had fled in disarray, or as Abbott so rightly described, “melted like snow in summer,” when attacked by ISIL at Mosul in September 2014, surely we were entitled to ask, what did that training achieve?

Having served in the Australian Army in the 1960s, I can attest to the quality of its training programme. It is precise and thorough. Today, unlike in my time, it is also high-tech. So what did our high-tech training techniques teach them over nearly 10 years?

The short answer is: it didn’t matter. What they taught ran a poor second to the incompetence and corruption endemic within the Iraqi military. Tony Abbott has told us that the additional 300 trainers, announced this week will be there for as long as they are needed.

That, I suspect, will be a much longer time than the two year expectation, with much the same result. What value will they be to an army that is considered by experts to be untrainable?

A sustained aerial bombardment of ISIL occupied areas by coalition forces was supposed to soften up the enemy sufficient enough for the Iraqis to defeat them. Yet every indication coming from journalists in situ suggests that it’s not working. ISIL still holds Mosul. It is still defying all multinational military efforts to dislodge it.

This suggests that the Iraqi army units charged with the task of completing the job on the ground are not capable of doing that. So who is? The coalition of the willing has spent in the order of $40 billion since 2003 training and equipping this untrainable rabble. What improvement will 300 additional trainers from Australia make now?

We already have 170 Special Forces personnel looking after security at Baghdad airport, as well as two hornets engaged in air strikes. There are similarities in this engagement with our experience in Vietnam. We sent advisors in first, then trainers, then ground forces. 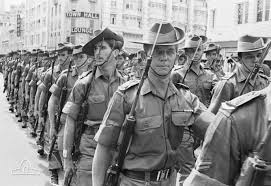 We were part of a multinational force led by the Americans. As the conflict became more difficult we increased our commitment. At one stage we had nearly 5000 personal in South Vietnam. The Americans had half a million.

If this Middle East regional conflict is so strategically important, why is it that the larger neighboring Arab nations are not in there providing ground support, i.e., Saudi Arabia and Egypt? Why is it that that countries like Australia and New Zealand are involved when they have no reason to be there? 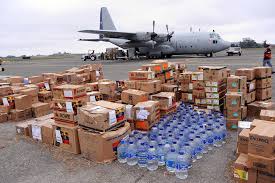 Well, yes of course it does. But right now this is a sectarian war and our involvement increases the risk of home grown terrorists inspired by what they read and hear both locally and overseas. Our best weapon to employ in this situation is humanitarian relief, not strike fighters or trainers.

No amount of pep-talking and sabre rattling will replace the provision of essential community needs they have been deprived of through corruption and mis-management. Nor will ever increasing commitments to train the untrainable.

One would have thought we learned that fifty years ago.