For the twelve months or so that I have been writing articles advocating the benefits that would come if our government implemented a Modern Monetary Theory (MMT) economic framework, I have been under the mistaken impression that MMT is a regime, or a doctrine that the government needs to adopt as an economic policy initiative.

For most of this time I have viewed MMT as the religion of the progressives in policy direction held back by the right wing neo-liberal conservatives who see MMT as a threat to western capitalism.

But recently, as Professor Bill Mitchell pointed out in one of his daily blogs, we are already living in an MMT monetary system. All the mechanics of a fiat currency system are already there to enable us to interact with MMT every day. 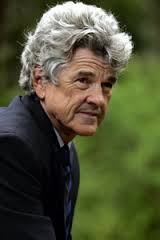 The big plus in realising this is that those who take the time to understand what MMT is all about, can expose the treachery and fallaciously idiotic claims politicians and neo-liberal economists make when they try to convince us that they know better when, in fact, they don’t.

When they say things like, “we can’t afford it, or “where will the money come from,” or even sillier statements like, “if we keep spending like this we’ll go bankrupt,” then you know that one of two things is true. They are either ignorant, or they are lying and are masking a hidden agenda.

Learning about and understanding MMT theory, empowers people to challenge politicians when they hear these ridiculous statements. It provides the knowledge to ask questions and demand honest, truthful answers.

All too often politicians dismiss as out of hand, policy options that are sound and reasonable, e.g. job creating projects that add value, like infrastructure spending. They dismiss calls for creating jobs in periods of mass unemployment citing complex reasons that they don’t really understand, but know won’t be properly examined.

The NDIS, the NBN and the Gonski educational reforms have all been modified or delayed on the basis of their so-called affordability. Through the MMT prism we know that is simply not true.

When we hear government members citing reasons why job creation programs won’t work, we realise, when we view such comments through the MMT prism, government politicians have an ideological preference for maintaining a certain level of unemployment as a trade off against inflation.

But we know, through the lens of MMT that is not true. More treachery. We understand that a sovereign currency-issuing nation has options. Having that knowledge immediately exposes the ideological persuasions of politicians who try to convince us that their way is the more economically sound. We can conclude they have a hidden agenda.

MMT tells us that our fiscal capacity is defined in terms of our national resources, what we can produce and sell and the strength of our GDP. Our spending is not constrained to, or dependent on, how much we pay in taxes.

So, to view MMT as a policy direction or some peculiar idea that should be embraced or rejected, or “introduced” overlooks the fact that it is already a part of our economic system. It is already with us. Governments that refuse to acknowledge this basic truth are where the logjam resides. 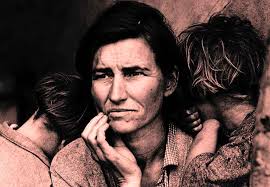 Photograph by Dorothea Lange (Circa 1930s) courtesy of Google Images

Our government needs to grow up and stop implementing policies that favour the wealthy. They need to open their eyes to the options available that would see greater equality in the distribution of our substantial wealth.

Our government is a traitor to its own people when it allows poverty, poor medical facilities and substandard education to grow while permitting a particular minority subset to continually add to its already obscene wealth.

This sort of treachery needs to be exposed for what it is.