Can someone tell me just what it is that our eight strike fighters are expected to achieve by joining an international coalition aimed at defeating Islamic State? What can they do that the awesome power of the USA together with Great Britain and other NATO countries could not do?

It seems to me that all this brouhaha that we have been subjected to by a heavily compliant media about our involvement in yet another Middle Eastern conflict has been little more than an exercise in mind manipulation. It is similar to the kind we were earlier mesmerised with in 2003 when the coalition of the willing invaded Iraq. Remember ‘Mission Accomplished’? What happened?

At that time it was all about weapons of mass destruction. As we all know now, there weren’t any and the Iraqi Army which was, at the time, described as the fourth largest army in the world, turned out to be a bunch of pussies who turned and ran away.

And have we now forgotten that we spent eight years in Iraq with that same coalition on the pretext of training the new Iraqi Army to deal with any subsequent incursion. Now, just five years later it appears that this same western trained Iraqi army has all but collapsed and can’t even protect its own people. So isn’t it reasonable to ask just what kind of training we gave them over that eight year period? What the hell were we doing? 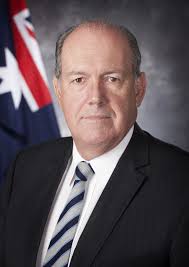 On Insiders last Sunday, Defence Minister David Johnston said there were still pockets of the Iraqi army functioning. Pockets? By now it should be patently obvious to anyone that Iraq was a far better governed nation under Sadam Hussien than it is today. It was wealthier, militarily stronger and more than capable of defending itself against its immediate neighbours.

Today, it resembles a basket case. It is oil rich but cannot defend itself against an insurgency far smaller than the size its own regular army. And, once more that army has chosen, when under threat, to run away. So how good was our training program?

No one would contest that Sadam was a despot who ruled with unrelenting brutality. He deserved to be toppled but the real reason the USA invaded in 2003 had more to do with sectarian politics and personal hatred than any concern about his brutality. If you think otherwise then ask why hasn’t America intervened in Syria. 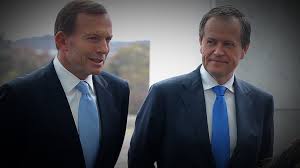 Our present government and the Labor opposition have betrayed us. Our presence, our involvement in the establishment of the new Iraq has been exposed as a monumental failure. Now we are going back to try and fix it. The reality is that we know nothing of what these air strikes will achieve and will be given nothing but heavily censored, favourably worded reports of “ongoing successes” as the campaign drags on till whenever.

Civilian casualties will be concealed or minimised, if not redacted, so as not to upset our delicate sensitivities or impact upon our support. It will be years before the truth comes out, at which time all the excuses about the damage done will have been carefully rehearsed, denied or made to look like someone else’s fault.

The only reasons the public have shown their support for our involvement in this engagement is a few beheadings and because it has been restricted to air strikes, not combat soldiers on the ground. We rationalise that our pilots will be safe at 30,000 feet. If it escalates to a point where combat troops are being considered, the support will evaporate very quickly.

The strength of Islamic State seems to be somewhere between 20,000 and 100,000 depending on which source you believe. Such a disparity in their perceived numbers suggests that nobody really knows. Western intelligence looks to be somewhat flawed. They seem to be making it up as they go along, just like they did prior to the 2003 invasion of Iraq. 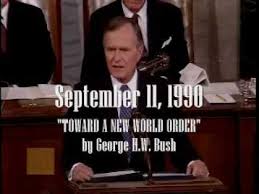 And it is the 2003 conflict where today’s problems were born. Michael Brull of New Matilda gives a detailed account of how ISIS came into being; the result of yet another monumental blunder by the invading, conquering Western coalition.

We are such a far cry from George Bush Senior’s promise of a new world order made back in 1990; not that I believed him at the time. We have every reason to doubt this latest intervention will bring us any closer. If I sound cynical, it’s because I am.