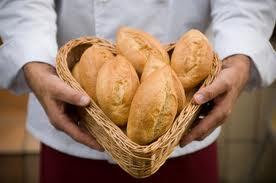 Cassandra – as those who know their Greek mythology or who read one of my previous blogs will know – had the gift of knowing the future, but was cursed because nobody believe her. At times, I feel that it’s as though there’s a great mass of people out there who don’t seem to know the past. And don’t seem to believe you when you try to remind them.

The Audit Commission has just suggested that a whole range of government services be privatised. As we all know, when things are privatised, they become more efficient. Leaner. Take my home state of Victoria. About twenty years ago, the guru of privatisation, Mr Kennett, did a lot of that. Energy companies and public transport were privatised so that we’d get more efficient service and cheaper prices. Trains would always run on time. Gas and electricity would be cheaper.

(At this point, I’m tempted to recount my recent experience with Origin Energy who finished a number of calls with “We’ll look into that and ring you back.” To cut a long story short, I’m yet to receive any calls from them.)

And I’m certainly not going to talk about the successes of certain private companies in the way they give bottles of Grange as gifts. You don’t get public servants being efficient enough to do that.

And, on the way home tonight, I heard an interview with Audit Commissioner, Amanda Vanstone, followed by an effusive caller saying how much she admired Amanda because she was someone who always says what she thinks. Personally, I’ve never understand why always saying what one thinks is such a virtue. I would have thought that restraint is something that the Right would admire. Certainly very few people apply it to other aspects of one’s existence. “You really have to admire Barry, he always relieves himself whenever he feels the need. It was so great that he wasn’t intimidated by the presence of the Royal Family.”

Now, Amanda was in fine form. Apparently – as she told us – she was one of the most important people behind all the “saving” that the Howard Government managed to achieve. And that was wasted by the Rudd Government who spent “far too much” trying to stave off the GFC. (After all, we didn’t even go into recession!) And as for pensioners receiving less in the future, well, she aspires to a system where people don’t need to rely on the government. (Mm, perhaps a system where someone can be on a parliamentary pension, work as a presenter on the ABC and be paid to tell us all that the government is spending far too much.)

As far as Gonski is concerned we need to remember that more money doesn’t necessarily lead to better outcomes for students. However, should I suggest that Boys Own Private School may be able to forgo their grant to build a sauna for their polo ponies and I’m trying to start a class war against all those aspirational people who just want to sacrifice so that their kids have opportunities.

When asked about the suggestion of a $15 for all visits to the doctor, Vanstone said that Whitlam got a number of things wrong. Like free university education. I guess her cheque to pay for hers is in the mail… I suppose that we were meant to infer that a universal health scheme was one of the others.

I guess I’m starting to find it laughable that they’d even think that we’d buy this latest round of rhetoric from the forces that would pick our pockets then ask us to thank them for saving us from wasting our money. To me, it seems to go something like this:

“Aren’t you concerned that some of the most vulnerable members of society will be hit by your decisions?”

“In our world, there’ll be no unemployed and everyone will be on the board of directors of BHP.”

“What about the surcharge on visits to the doctor?”

Then we have the strange attempt to recast breaking one’s promise as quite ok, because one is thinking about the long term. This has been written about ad infintum, so I’m not going to quote the “No excuses, no surprises” bit or even the “No new taxes”. I’m just going to ask how on earth anyone can try to justify that it’s some higher sense of duty that breaking some promises in order to keep the most important one is in any way justifiable. Particularly when Tony doesn’t even intend to balance the Budget until after the NEXT election.

I just can’t see, though, how anyone can actually buy the Liberal Manifesto from the last election which went along these lines: We won’t cut education, health, pensioners; we will cut the biggest tax in the history of the world that’s raking in trillions of dollars; we won’t increase taxes and we will balance a budget that is in deficit. Although perhaps, Abbott was asked to leave the priesthood when he suggested that the little trick with loaves and fishes was nothing compared to what he could do.

Yep, it seems that any Liberal supporter is on such shaky ground that an earthquake would make them more secure. Their narrative goes something like this: “Gillard lied in a naked attempt to grab power, but Mr Abbott now has a responsibility that goes beyond election promises. And anything that we do that you don’t like is all Labor’s fault. And when Tony Abbott said he’d have a no excuses government, he didn’t realise that Labor had been such a bad government even though he said that they were the worst government in the history of Australia, so he’s allowed excuses now. Besides Julia lied. And Rudd spent too much. Besides it’s not a tax, it’s only a temporary levy. Shut up. You must be one of those Labor types who wrecked the country, so you have no right to question me.”

“What you slaves need to realise is that while the previous overseer was in charge, he didn’t beat you hard enough. And he gave you time off to fight that fire. Then thanked you for helping put it out, but the amount of cotton you picked is down on previous years. I know that some of you are trying to point out that we picked more cotton than the other slave plantations, but we don’t compare ourselves to other plantations here, so I intend to increase the whippings for the next couple of years but only so that I can reduce them in a couple of years. And you can blame the previous overseer for the pain!”

Ah, I’m starting to ramble. If I keep going, I’ll asked to be Tony Abbott’s speechwriter before the month is out.