(Or why we need the ABC) 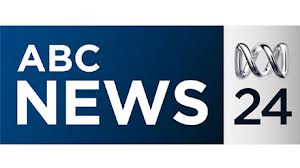 Since the coalition’s Murdoch lead victory in last September’s federal election there has been a palpable shift in our national narrative. The images of a sun burnt country forged by convict sweat and hard working immigrants is fading fast, and in its wake a new story is being fashion.

It is a tale of well intentioned, hard working corporations, (who really just want to keep us all employed), being squeezed by draconian regulations and pushed offshore by rampant, out of control wages. It’s the chronicle of a government being driven into the red, not by cutting taxes for the wealthy and turning a blind eye to the corporate “offshoring” of profits (read “legal” tax evasion), but by those lazy unemployed/disabled bludgers on welfare, and their “anti business” environmentalist buddies. It’s the saga of nation overrun by so called “illegals” intent on subverting our immigration laws for the sole purpose of suckling endlessly on OUR government teat, (Ironically most of whom are coming here LEGALLY as refugees).

These new LNP/Murdoch sanctioned mantras are repeated so often, and with such earnest conviction it seems people are finding it pretty damn hard not to buy into it. There are even those in the Labor party who seem quite happy to have joined the chorus.

I hear it everywhere I go, everyday Aussies out there parroting the coalition’s vitriolic hatred for anything even vaguely related to the unions, the unemployed, the environment, asylum seekers, disability pensioners, ABC lefties, foreign aid, etc.

So why all the negative jawboning?

Well, if you read the papers Australia has, up until our recent electoral liberation, been a nation under siege by left wing “special interests”! Because of this evil leftist scourge we have been forced to endure such indignities as the 2nd highest standard of living in the world (after Norway), the planets largest houses, one of the worlds best/most affordable health care systems, quality education, disposable incomes such that we can afford to be the be the worlds leading per capita emitters of of CO2, and the dubious privilege of ranking 69th in our per capita refugee intake (49th in overall terms). When you lay it out like that it’s easy to see why we have all been so unhappy, we have been really suffering! Clearly something had to be done.

But seriously, something has happened to us. If you listen to the rhetoric, it would seem we are no longer a nation that strives for the fair go, but rather one that values our own perceived self interest above all other concerns.

I scratch my head and wonder, how did this happen? When did Australia become a place that embraces the social and political agendas of the most ignorant, selfish and cruel among us?

It wasn’t that long ago that Australian public opinion was DEEPLY CONCERNED with the environmental legacy we are leaving for our children. As recently as last year people seemed happy to talk about the scandal that is corporate tax evasion. There was even a time, in living memory, when refugees that came here by boat were welcomed with a broad smile and a hand up.

So what happened? How did the social and moral imperative get banished from our national narrative? Did it happen by accident, or by design? And if by design, then by who’s hand?

And then there’s the bigger questions. Exactly who’s interests are served by these apparent changes in our attitudes? And is anyone standing against the tide?

The sculpting of public opinion has a long history and there are many tools, such as fear and scapegoating, that have been used to great effect through out the ages. “Group think”, for example is an extraordinarily powerful weapon, (after all who wants to run outside the herd, everyone knows how dangerous that is). The truth however has never been a necessary component when seeking to sway the prevailing sentiments of the masses.

William James, the father of modern Psychology notably once quipped “There’s nothing so absurd that if you repeat it often enough, people will not believe it”. This rather glib observation was most infamously put into practice by the Nazi propaganda minister Joseph Goebbels, (a man on whom the power of the press was most certainly not lost), who used the simple “lie, repeat, lie, repeat, lie, repeat” principle to whip up the greatest genocidal frenzy in history.

More recently Goebbel’s philosophical musing “Think of the press as a great keyboard on which the government can play” has been turned on it’s head by the irrepressible Rupert Murdoch, our prodigal puppeteer d’jour, who, like some gruesomely wizened “whack a mole” has popped up here again to lead his relentless political cheer squad for which ever side will acquiesce to do his bidding. It would appear that, in spite of his meddling hand being beaten down in UK and much of the USA now being hip to the fact that “FOX NEWS” is an oxymoron, if you hand the old boy a monopoly he’ll show you he’s still got it. 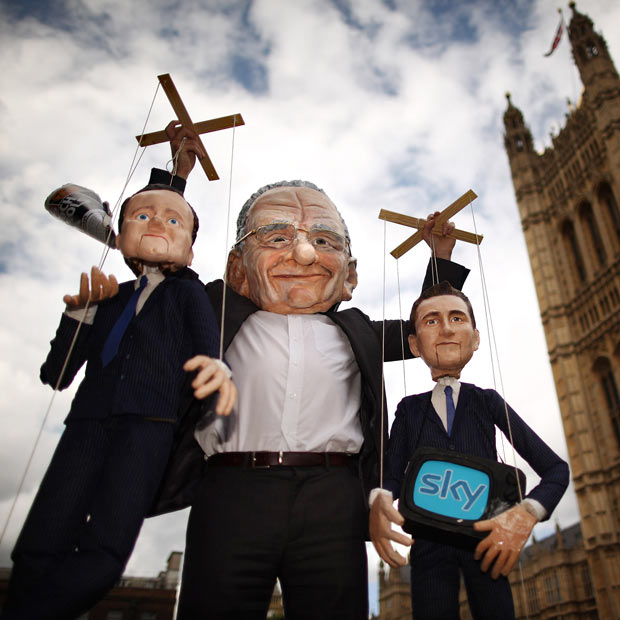 One rather startling revelation that came out of the UK’s recent Levinson enquiry into press standards , was was that Murdoch had actively lobbied former UK prime minister John Major to change the Torries policy on the EU, lest he engage in willfully biased coverage in order to “hand the election” to Blair’s New Labor (a party/man seemingly more willing to do his bidding). Major refused to allow Murdoch to dictate policy and was duly slammed by the Murdoch press, who came out swinging hard for Blair.

So in spite of the Torries having had a clear lead in the polls up until Major’s “disagreement” with Murdoch, the Torries, (much like Gillard), found the power of a vindictive, inflammatory press mobilised against them simply too great to overcome. Blair was elected and the rest, as they say, is history.

While the Brits were duly outraged, you would think something so blatantly corrupt as seeking to dictate government policy in return for favourable press would raise a dubious brow from someone back here in Aus; but much like the “March in March” (a mysteriously unnoticed gathering of over 100,000 Australia wide) somehow it failed to be deemed newsworthy enough to make any significant impression on the Australian mainstream media.

So… If a media baron is dictating government policy in return for press support, but no one ever hears about it, is the political process actually being subverted? Probably, (but then who has time to worry about such things when we are all so busy hating and punishing refugees). Or… If a crowd gathers in the city and no one is there to report it, did it really gather? Maybe it did in the hearts and minds of those who were there, but for anyone else, or in the archives of history?… Well maybe not.

We have been told a lot of things recently, (much of it negative), about everything from the unions to environmentalists, from asylum seekers to the NBN. And while it’s easy to put a question mark over anything a politician might say in an effort to popularise their chosen policy agenda; I can not help but wonder if a press core that is practically a monopoly, (and known to actively pursue it’s owners personal agendas), is actually telling us the whole truth, or even any small part of it?

Like many others I can’t quite shake the feeling that we’re being fed a grab bag of skilfully crafted misinformation, half truths and innuendo designed to direct our hostility toward the poor and disenfranchised, or anyone out there pushing for a fairer, more sustainable policy agenda.

According to the official story, Australians are apparently (on average) far richer than we were 10 years ago… but for some rather opaque reason we just don’t feel it.
I can’t help but wonder why that is?

Is it because we feel more entitled than we used to? (If we don’t have a car, a mobile phone, a laptop, an ipad, a kindle, a 50″ TV, Foxtel, Quickflix, a yearly overseas holiday, and at least 3 restaurant meals a week we think we are suffering an intolerable injustice?).

Is it that we are constantly being assaulted by the relentless negativity of a 24 hour news cycle, telling us that our unfettered access to “more stuff” is being threatened by the poor and disenfranchised?

Or maybe it’s that the wealth is only going to the top end of town, and no one else is reaping the benefit?

It’s perfectly understandable that when we are feeling squeezed we like to have someone to blame, but it is worth asking ourselves, is our anger being misplaced?

Here we are, literally seething with contempt for refugees, single mothers, greenies, protesters, students, socialists, the disabled, lefties, intellectuals and the all those former bank and manufacturing workers that have now joined the ranks of the unemployed. Meanwhile the gap between the haves and have nots is at an all time high. Our trusty government is busy reducing taxes for the top end of town, Corporate profits are breaking records left and right, (but strangely corporate tax receipts are not, Google, for example, had revenue of over $1 billion in Australia in 2012, and yet paid only $74k tax). CEO’s wages and share options continue to defy gravity, and our banks, whilst being incredulously profitable, are shipping jobs off shore faster than you can say “transaction fee”, and so it goes…

*(brings to mind a joke I heard recently: A banker, a Daily Telegraph reader and a refugee are out to lunch. The waiter puts down a plate with twelve biscuits on it; the banker takes eleven, nudges the Telegraph reader and says “hey watch it mate, that refugee wants your biscuit”)

Everyone knows trickle down economics is bunk, and yet we keep buying into the myth, lauding the lords and kicking the powerless. The cognitive dissonance simply staggering!

So my question is this…Who’s interests does this new hateful narrative really serve? Murdoch and his buddies in the 1%, or those of us in the mortgage belt?

Please don’t get me wrong. I am not wholly blaming Murdoch. We all lobby for our own interests, and why should he be any different. What I am saying however is that a virtual monopoly concentration of Australia’s media in any ones hands is dangerous. We need visible, diverse mainstream media to give a balanced range of views.

We also need some measure of mainstream media presence that is not driven by profit, or dictated to by advertising revenue and share holder values. We need a media that is prepared to objectively challenge the veracity of the story as told to us by Murdoch, (and given the governments proposed changes to section 18c of the racial vilification act this is now more important than ever).

In short, we need our ABC.