After a disastrous first budget, Joe Hockey looks to be a man without ideas. So too his dear leader Tony Abbott who, in what appears to be an act of desperation, has pleaded with the business community to help him.

In what could be interpreted as a cry for help, Abbott has called on business leaders and state governments to be the drivers of a new wave of economic reform. Speaking at a Business Council of Australia dinner, this week, the Prime Minister signalled out taxation as the most urgent of the nation’s woes. Really?

One can rightfully ask if this is analogous to waving the white flag. As well as the business community, Abbott has included the Labor party in this invitation and all state governments, “to join Team Australia and to think of our country and not just the next election.” Could it be the Prime Minister is telling us he doesn’t know how to govern the country?

What? These magicians of spin, these production wonder boys, these wealth creation gurus, these self-proclaimed ‘budget emergency’ busters who conned so many of the electorate into thinking they were our economic saviours, are they now giving up? These lying, deceitful cretins who supposedly had the answers to all our problems are now asking members of the former government who saved us from the GFC to come on board as partners in ‘Team Australia’?

What a pathetic way for a national leader to acknowledge that he and his treasurer are no longer up to the task. And if that is true, they should hide their heads in shame and go back to the people.

It came after a week that included other ministers sending mixed signals about dumping the $7 GP co-payment, which itself came right on the heels of some disastrous fiscal projections from the Parliamentary Budget Office concerning the ever ballooning deficit.

With the government’s Senate option’s now even harder to negotiate, little wonder Abbott is showing signs of desperation. How humiliating it must be for him to ask for Labor’s help. Particularly, as Laura Tingle explains, the markets and the business community now see the budget impasse as “a disaster of the Coalition’s own making.”

In a quite feeble defence, the government has also called on Labor to say what it would do to ‘fix the budget’. Once again, they seem to forget that they are no longer in Opposition. 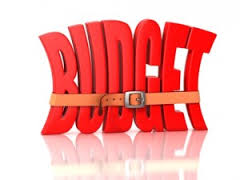 And, seen through their narrow-minded neo-liberal eyes, what a fix it needs. Just last May, Hockey projected a budget deficit of $29 billion for 2014-15. The report just released by the Canberra-based consultancy Macroeconomics suggests that on current trends the deficit will more likely be $47 billion. Worse still, they are projecting a deficit of $24 billion in 2016-17 against Hockey’s projected $2.8 billion.

How vindicated must Wayne Swan be feeling right now as he witnesses these incompetent amateurs stumbling around in the dark desperately trying to spin their way out of their own ineptness.

Meanwhile the Parliamentary Budget Office has released an analysis emphasising the “sensitivity” of the economy to the areas of productivity growth, the labour force participation rate, and the terms of trade and the likely outcome on revenues if the present targets are not met. 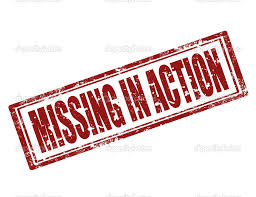 There are some dark days ahead for Hockey, right up to the next election. But Abbott’s position is worse. He has all but lost credibility within his own party. As Laura Tingle puts it, “As Abbott’s credibility is under deadly assault, and the authority of his senior ministers is missing in action, the resolve of both Labor and cross benches to stand their ground only increases.”

They say what goes around, comes around. Surely that Sydney Daily Telegraph front page headline of the 5th August 2013, urging the electorate to “kick this mob out” must certainly be resonating around the country right now. If asking Labor to help get it out of its fiscal mess is any guide, perhaps it is also resonating from within the Coalition.