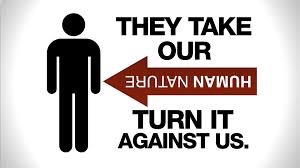 My recent piece “The Abbott Form of Social Engineering” seems to have struck a chord with a number of people. Mostly the comments have been positive however some observations have been critical. This of course is to be welcomed because none of us has an ownership of righteousness. So writers at The AIMN welcome considered critique. As an example fellow writer Dan Bowden, whose work I have much respect for, said this about my piece.

“We’re all social engineers. Labor engages in social engineering as much as anyone. It all depends on one’s socio-political ideology as to whether we like it or not.”

We went on to have a short exchange.

“True Dan. It is however a question of degree and intent and of course what serves the common good. I think one has to search ones conscience to find where that is.”

“Oh, I agree with that totally. Complications arise, however, with respect to things like the notion of “common good”. There being no objective way to define such a thing, there will always be a battleground on which differences of perspective will fight for supremacy. Life is, in many respects, a battle of values. Questions of ethics of engagement with regard to “war” have always haunted humanity and will continue to do so forever, I suspect. What we’re seeing from the Coalition currently gives us a bit of an insight into how far they’ll go to win.”

“If I might clear one thing up. The title of the piece is “Abbots Form of Social Engineering”. The title itself acknowledges other forms. Dan is correct in saying it is practiced by other political ideologies, corporations, institutions ourselves and even the advertising industry. I used the term “Common Good” as a thought of demarcation. If Labor’s form results in National Health, Superannuation. Marbo, Equal pay for women, an apology to our indigenous people, equality in education, sexual equality and Disability Insurance. Policies that serve the common good. Then that form of social engineering is worthwhile.”

Then I read some rather extensive comments from a person by the name of Mitch. Who Mitch is I have no idea and generally speaking I prefer talking to people who identify themselves. At least it gives them credibility of identity. Mitch’s comments are abusive in so much as he mixes his criticism of the substance of my piece with personal invective.

Normally I don’t respond to tirades from unidentifiable morons, but I have always believed that sometimes one has to stand on one’s dig and speak up. What follows is the full text of Mitch’s comments with my response in bold type.

Obviously Mitch did not take the time to read the companion pieces to this one, otherwise he would have a broader grasp of my argument. Nowhere in my piece do I state that social engineering was the sole domain of politics. The title of the piece itself suggests there are others. Perhaps Mitch skipped the title and didn’t read people’s comments.

Why is it so irresponsible for the government of the day to discuss the notion that debt, in an uncertain global economic climate is something that they ideologically believe might leave Australia vulnerable structurally to changing headwinds? Why is it so offensive to mention boat arrivals and border security in the same sentence? Why can’t we have a discussion about cost of living pressures and seeking to implement measure to ease such pressures (if you don’t feel there are cost burdens on families these days then I am afraid you are simply a pseudo academic who is not in touch with reality)? Seemingly your point of view is the only one that has any merit moving forward, all the while implementing rhetoric to reinforce this and perpetuate your gross manipulation. The phrase social engineering springs to mind.

1. Nowhere do I say it is irresponsible to discuss debt. I was pointing out the hypocrisy of the government condemning debt on the one hand and raising it at the same time. 2. I didn’t tie boat arrivals together with border security. I simple said that it is silly to suggest that our thousands of miles of coastline are under threat from a few unarmed asylum seekers. 3. Yes I said Australians have never had it better. That includes this pensioner who is grateful for the rises that ONLY Labor has given us. Perhaps Mitch is confused with the cost of lifestyle as opposed to the cost of living. 4. I will skip the personal inflection. Often our opinion are based on our values rather than our understanding and the difficulty is separating the two.

A theme of this article appears to be that Abbott Co are seeking to implement some form of class warfare aimed at breaking the backs of lower and middle income earners through adjustments to various mechanisms of social welfare whilst ensuring high income earners are given tax benefits that would befit the tea party. Further to this noting “when the commission of audit reports I should think the assault on the middle and lower income earners will be on in earnest” A blatant attempt to create a perceived fear of something that may never occur. Social Engineering?

I supplied the evidence to suggest this is the case. You use the expression ‘’ adjustments to various mechanisms of social welfare’’ I was talking wages. You are just making words up to fit your argument. There has been much talk of this in the media. Perhaps you missed it all. And it’s reasonable to assume based on the evidence thus far that whatever cuts occur, they will not be directed at the rich or big business.

Commentators such as you seem determined to spell out a yawning divide in the Australian political spectrum, when in fact I think any informed/rational individual would take a more moderate approach that in general terms we all sit slightly left or right of centre. But invariably are open to crossing the floor depending on the subject matter, personally for me gay marriage is a “no brainer” and should be legislated ASAP as to move on to other pressing issues. Individuals such as yourself however seem adamant that Armageddon is about to ensue because a moderate conservative is our prime minister and you are more than happy to use misinformation and deception to convey your opinion. This is social engineering.

If you think Tony Abbott is a moderate conservative leader and that the LNP are the parties of bygone years then you must occupy some sort of time warp. Robert Menzies would turn in his grave at the doctrine of neo conservatism. Malcolm Fraser describes him as the most dangerous politician in Australia. You don’t identify my misinformation and deception so I cannot comment. Now isn’t that deceptive.

Your most blatant and insidious manipulation of the truth is “The very premeditated, deliberate government induced exodus of GMH”. This is by far the most unashamed attempt at Social Engineering by trying to influence the attitudes of the masses through pure fallacy. This statement is simply not true but further to this why is it our responsibility as tax payers to prop up an industry that has not and in all likelihood will never be profitable? I would have thought these funds would be better used to initiate structural change to ensure the viability of our economy on a holistic level as well as creating sustainable industry meaning improved job security for an entire nation. Not throw good money after bad so the saying goes. But more importantly this was clearly not the decision of the government. This aside you seem to be very forgetful of what the previous government did with Ford and Mitsubishi.

1.You were obviously not watching question time on Tuesday 10 December when the treasurer and the Deputy PM both unashamedly suggested they go. This was well documented by the media. Perhaps you don’t read or watch the news. 2. I never mentioned the rights or wrongs of the argument. You have.3 The decisions of Ford and Mitsubishi to leave our shores were made during the tenure of the Howard Government and executed during Labors term.

I think an underlying life principle that you do not seem not to understand is that if you cannot afford something, you simply can’t afford it. NBN is a prime example of this. It was poorly costed, poorly implemented and poorly run. Why is it so shocking when something that is going to cost as much as the NBN does for the government to say “wait a minute this is too much we can’t afford this”? This in comparison to the “there will be no carbon tax” lie is comparing apples with oranges. The former being an honest appraisal and to say otherwise is to go to the fraudulent nature of this article. This is social engineering.

1. I never mentioned affordability. I spoke of inequality. 2. When the former Prime Minister said “I don’t rule out the possibility of legislating a Carbon Pollution Reduction Scheme, a market-based mechanism”, “I rule out a carbon tax”, did she actually tell a lie? Clearly she showed an intent to keep her options open. You have been influenced by Abbots social engineering.

The final insult you throw us is to put your name alongside and truly great minds like Thatcher, Lincoln and Roosevelt indicating that you are nothing but an ill-informed narcissist seeking to spread fallacy and singular opinion in your own vain attempt at social engineering. It would appear that you are indeed a hypocrite.

I will leave you to ponder:

You make no mention of my quote and its worthiness or otherwise to stand alongside the others. Instead you attack me as an individual you disagree with. I hear my family and friends laughing at the thought of me being a narcissist. And of course mine is a singular opinion. Is not what you have written, or did you have collaborators?

I welcome differing opinions however, I detest being attacked personally. Alas some people revert to their feeling when they can’t substantiate the facts.

“Perhaps a greater understanding of what I am saying might be obtained by exercising a greater willingness to think more deeply”.

“We have so much to gain from people we disagree with that it’s a wonder we don’t do it more often”.

PS: And my thanks to Kaye Lee who so adequately came to my defense in comments.