Joe Hockey was doing his best to put a positive spin on the latest national accounts figures on Wednesday. The September quarter showed growth of 0.3% and 2.7% for the 12 months to September, which was significantly less than expected.

Hockey acknowledged that GDP growth had slowed but thanked ‘God’ that he got rid of the carbon and the mining tax so that the disappointing result in GDP growth could now be reversed in 2015. I interpreted his ‘thank God’ remark as giving thanks to the Almighty that business would no longer be hamstrung by the tax and would now likely want to crank up on its investment strategy. 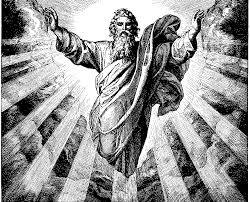 I’m not sure his ‘God’ would agree with his reasoning but the remark gave me the impression that if the private sector didn’t get on board quickly, he (Hockey, not God) did not hold high hopes for our future. Actually, he looked like a defeated man.

While our exports grew, our gross domestic income went backwards which means our per capita disposable income was less. One would have thought that with all the trumpet blowing about the removal of the carbon tax and the associated electricity savings expected, we would have seen an increase in disposable income.

But, as it turns out, incomes are being squeezed due to a horror budget. Not surprisingly, household spending is contracting and we are now experiencing what economists are calling an income recession.

That means we are poorer and we are about to spend less.

One can see the pressure Hockey is experiencing. Business investment is in free fall and his entire budget strategy is dependent on the private sector becoming the main source of a rejuvenated upward move that would see real increases in employment opportunities. But it isn’t working.

Interestingly, two days after the Victorian state election, Daniel Andrews revealed, that in a phone conversation he had with the prime minister, Tony Abbott asked him to break an election promise and build the East-West tunnel. On Wednesday, Joe Hockey was doing the same.

It seemed that Hockey was implying that Andrews was responsible for holding up infrastructure works that would otherwise help Hockey’s bottom line; a new twist on the ‘blame Labor for everything’ strategy. 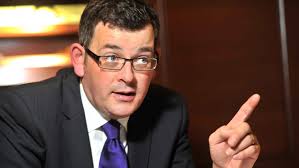 Daniel Andrews told Abbott that there were many things he wanted to build and would welcome Canberra’s involvement, but the East-West tunnel would not be one of them. And that is one of the reasons Hockey is showing signs of frustration.

He needs things to happen now, not in one or two years’ time. My guess is, he has gazed into the future and realised that if some big spending infrastructure programs don’t get underway quickly, his economic plan will be in tatters.

He is right on the need for some serious spending. Our economy needs a boost to stimulate growth. Economists are disappointed with Wednesday’s national accounts numbers. They were expecting something much better. We were too reliant on mining investment and now commodity prices have collapsed and with it, anticipated revenue.

But if the government expects the private sector to step up to the challenge while its austerity budget is slowing growth and squeezing disposable incomes, then perhaps they should be thinking about a stimulus budget. It really shows that they just don’t get it. They seem to want their cake and eat it too. It is the Neo liberal macroeconomic aversion to debt that holds them back. The fear of leaving our grandchildren with a burden of debts and deficits. How paternalistic, how noble. Yeah right. It’s more likely the fear that some of the nation’s wealth may fall into the hands of the average man and woman that really bothers them.

Labor may not understand modern monetary theory any better than the present government but faced with rising unemployment, they would not be afraid to commit to infrastructure projects that would stimulate the economy and contribute to GDP growth.

Nor would they be afraid to invest in climate change initiatives that by definition would contribute to GDP growth in an uncertain future. They know the value of a strong workforce.

Labor would not be afraid to tell business to lift its game and play its proper role; even help it along if it could demonstrate improved productivity and domestic growth.

But what stood out in that short televised interview on ABC News 24, was that Hockey didn’t seem to mind urging Daniel Andrews to stick the proverbial finger up the nose of the Victorian voters. You could see the desperation on his face as he issued a plea to the Victorian premier to break an election promise and build the East-West tunnel. 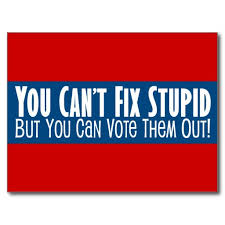 If ever we had proof the LNP were unfit to govern we can see it here in three distinct attitudes. They have no respect for election promises, they are so fixated on surpluses that they can’t see how deficit spending stimulates the economy and their ideological bias is diametrically opposed to equality for all in a vibrant national prosperity drive.

Can we ever take anything they say seriously again?