During the period between WW2 and the 1970s most western governments established employment as a right of citizenship. They declared that a properly regulated redistribution of wealth was necessary in a free market system and that an enlightened society required some form of income protection that would be based on a just wage system.

In Australia and elsewhere, the war years had proved that full employment could be maintained with the proper use of deficit budgets. As a consequence, the post war macroeconomic policy of the Labor Chifley years and some of the Liberal Menzies era continued with that approach.

To achieve this, both governments embarked upon an economic expansion program involving the public and private sectors, where the number of job vacancies always exceeded the available workforce. The labour market was then serviced by a carefully controlled immigration program, most of which was sourced from Great Britain and Europe.

This highly successful growth blueprint continued until the early 1970s proving that full employment was not only sustainable but a foundation stone of our national wealth. Thus a commitment to a truly egalitarian society was established and underpinned by a belief in the equality of citizenship. 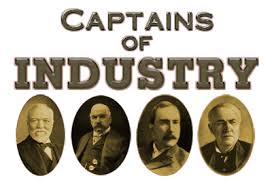 The one sector of the community that objected to this equality was the capitalist class comprised mainly of industry bosses who, over time, realised that the growth of their wealth was compromised by the high rate of demand that came from full employment. They subscribed to the theory that with a permanent pool of unemployed workers they could regain control of supply and therefore, maximise their profits.

So they pressured the Menzies government into applying credit restrictions that would slacken employment growth effectively wresting control of supply from the consumer back to them. The evidence of this in Australia, was the credit crunch of the early 1960s and the cleverly orchestrated debates that surfaced over trade union power.

Subsequent inflationary pressures followed this paradigm shift and were compounded by the Vietnam War and the OPEC oil price rises in the mid-1970s. This created more reasons for western governments to introduce further contractionary economic policies effectively braking the nexus between full employment and demand. This in turn, ultimately led to the dominance of supply side economics, which is what we have today. 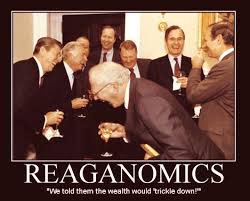 The rest, as they say, is history. The Reagan years, gave birth to an unregulated finance and banking system; a free for all where the wealth of the world became concentrated with, and maintained by, those who controlled the supply of money to the world, the bankers. They became the real force behind the captains of industry.

Over the next three decades governments were influenced and manipulated by the wealthy to stay out of their domain. They cited debt as the great anathema. Governments were taught by industry that government debt was bad; that debt threatened supply and had to be controlled. The Government foolishly agreed.

Thus, free from government involvement, greed became the motivator of financial success in the private sector, particularly banking and all areas of society were effectively reduced to a pecking order, accepting whatever they were offered from a vertical and grossly unequal supply side, macroeconomic system.

None of this is fanciful or conspiratorial invention. This is what actually happened. If nothing else, what these events demonstrate, is that very little in this world happens by accident.

If we as Australians are ever to regain equality of citizenship, we must re-discover the principle of demand side economics which is predicated on the assumption that the captains of industry make what we need, what we want and what we use to enhance the quality of our lives.

In this scenario, production is limited only by demand. On the assumption that everyone will demand something, production will need to keep up with demand thus requiring a greater level of participation from the available workforce. The outcome will be near to full employment and greater equality for all.

The only downside is that the captains of industry will face greater competition and lose control of production volumes, while the banks will lose control of the money supply. Both will be faced therefore, with making less profit.

So the question arises, which of these two macroeconomic systems is best for the consumer; for you and me?

Our present government like its predecessor and all the way back to the Fraser government have been captives of supply side macroeconomic management. During that time there has always been a pool of unemployed, effectively a wasted wealth of potential workforce participation.

Modern macroeconomic theory advocates a return to demand side economics, a return to the days of near full employment, full production and by design, limited social welfare and a higher Gross Domestic Product.

This does not mean raping the planet of its resources for a growing population; quite the reverse. Demand side economics is consumer driven such that if the consumer demands more environmentally friendly products and more sources of renewable energy then that is what industry will produce.

But to achieve this, the consumer has to be properly informed.

What we have at the moment is a conspiracy of denial. Denial of a planet suffering from the plunder of finite resources, a denial orchestrated by the captains of industry with a complicit government that has no appetite for supporting renewables.

Present and future governments cannot be relied upon to lead in this matter, hostage as they are to the captains of industry and their masters.

If we want a better world for our grandchildren, debt is not the problem. The captains of industry are the problem, specifically their unwillingness to change to something more sustainable and longer lasting. 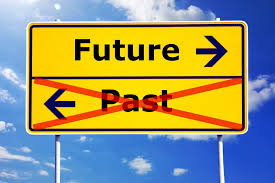 This means change must come from the consumer. Demand side economics will restore the equality of citizenship. Supply side cannot. Therefore we need to ask ourselves, what is it that we want?

As long as we allow the captains of industry to dictate the terms of supply we will never be in control of our own destiny and Australia Day celebrations will remain a hollow occasion, regardless of all the hoopla that accompanies them.