At Head of Government level, there is a protocol that enables messages of disapproval to be passed from one leader to another in a way that maintains the dignity of the position, if not the person. It has been developed over the centuries to avoid the sort of crass, undignified, amateurish language used by those who have little understanding of the necessity of cultural niceties that are an integral part of international diplomacy. 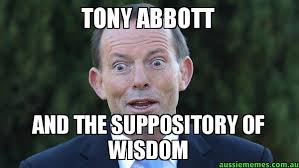 Tony Abbott fits neatly into a category that doesn’t understand this diplomacy. And, he seems incapable of adapting to this level of diplomatic dignity. He is like a street thug pretending to be the Maître Di’ for a 5 star hotel; a role he is ill prepared for and either unwilling or unable to develop.

While occasionally giving the appearance of being able to hold a conversation with some world leaders, he has a predilection for common street talk which translates on the international level as unprofessional. In short, he doesn’t know how to conduct himself. As a consequence, for those of us who take pride in our international reputation, he has become a national embarrassment.

The most recent example is, of course, his brain snap comment about shirtfronting the Russian president, Vladimir Putin, at the G20 meeting in Brisbane next month. His follow-up comment, ’You bet you are’ was so out of sync with the first remark that it suggested he was not in control.

The Russian response to this ‘boy’ prime minister comment has been dignified and restrained but more importantly, it has been predictable. They know how to conduct themselves on the world stage. To be warned to choose one’s words carefully by Premier Dmitry Medvedev, a man who has more diplomacy in his little finger than Abbott could hope for in a lifetime, is a lesson Abbott, we dearly hope, would heed. But given his past performances it is unlikely.

The last international leader I can recall who became a figure of international amusement was, coincidentally, a former Russian president, Boris Yeltsin. Boris was a drunken fool; a buffoon who somehow worked his way up the Communist party chain of command while keeping the most bizarre of his antics under the radar. You can read about some of his more colourful goofs here. 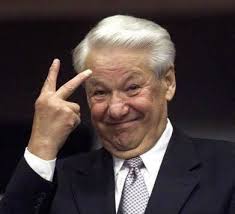 He lasted eight years but that was probably because of the tremendous upheaval Russia experienced in transition from a socialist economy to a market based economy; from communism to capitalism. No one really knew what was happening at the time both inside and outside the country and that failing allowed a great deal of the wealth of the country to fall into the hands of a small number of oligarchs. Internationally, Yeltsin was a figure of derision.

Tony Abbott is not a Yeltsin; not even close, but he is fast becoming a figure of amusement to the rest of the world. That we are a small player on the world stage could be regarded as a blessing in disguise, but not for long.

While Abbott’s antics are not even close to those of Yeltsin, the ‘shirtfront’ comment coming on the back of his comments about the Scottish vote for independence will ensure that future overseas trips taken by him will attract a lot more attention from the international media and for all the wrong reasons.

For that alone, the Liberal Party should be taking some action. He is their responsibility. Forty two of their parliamentary members voted him leader. Given the quality of his opponent at the time, one can only conclude that those forty two members had a brain snap. Surely it is time to correct that moment of madness. How much more of this should we be expected to endure?

Should they not act, then in all likelihood, the people will in 2016. The quality of the Coalition governance has been appalling. They fail on several fronts; the economy and the environment being the most obvious. But an election is still two years away. The prospect of two more years under Abbott’s leadership is becoming intolerable. 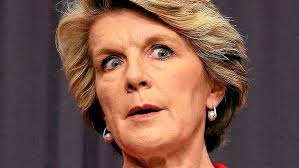 The most likely successor, although not without her own idiosyncratic oddities, is Julie Bishop. She can at least hold a conversation and would be viewed in a far better light internationally. So why wait? The Liberal Party should put the people first; they should show some ticker and end this charade. It is time to restore some international diplomacy to our reputation and regain some national pride.

One can only hope that in the corridors of conservative power a transition conversation is in play. With an opposition that is viewed as lacklustre and subservient, the timing is perfect. Not that it is likely to save them.