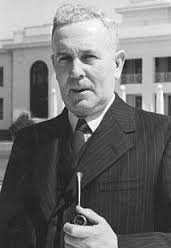 As a senior Australian and one who has witnessed a variety of social reforms over the past 60 years, today I feel profoundly sad. This is the first such occasion where, instead of being proud that we are a middle world power with the vision and foresight to lead the world to a better place, I feel a sense of betrayal that we have, in fact, now gone in the opposite direction. While I can remember occasions where we have been at the forefront of innovation and cutting edge technology, I can’t recall a previous time where we have chosen to go against all the scientific advice and taken such a backward step as to reverse a progressive climate change policy using a market based mechanism.

As I reviewed the period that spans my life it became patently obvious that our progress, economically and environmentally over that time, has come predominantly from Labor governments. Over that period we have criss-crossed from conservative government to reformist on seven occasions. From Ben Chifley’s post war reconstruction of the Australian economy including our first locally produced car and the beginning of the politically divisive Snowy Mountains Hydroelectric Authority, we then sat through 23 years of conservative rule where the baby boomer generation essentially grew up parallel to a trajectory driven by an influx of European immigrants and the augmentation of manufacturing, construction and overseas commerce. 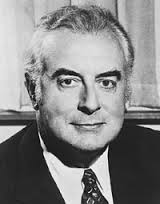 In short, our economy, like most western economies of the time, was on auto pilot; a development not driven by any major reforms of the Menzies government, just a natural growth pattern born of a determination to give baby boomers something better. At the end of the sixties, sick and tired of a mistake-ridden, boring conservative ruling class, we looked to Gough Whitlam’s refreshing and progressive approach. It was here we saw the end of our involvement in the Vietnam War, the end of conscription and the introduction of social reforms based on compassion for an underclass and included a world class Medibank/Medicare social health system. The people, however, thought that the rate of change was too fast; it frightened them. The previous government had lulled them into a half sleep. Then after a seven year period of economic turmoil under Malcolm Fraser where the cash rate peaked at 22% under the management of the then treasurer, John Howard, we turned once more to Labor for relief and witnessed the great economic reforms of the Hawke and Keating governments.

Thirteen years later the conservatives returned and rode fortuitously on the back of a mining boom they thought would never end. It took a while to see through them but we finally got sick of the blatant hypocrisy of a conservative government that said one thing and did another. Kevin Rudd looked like the light on the hill with his, “great moral challenge” but it was Julia Gillard’s introduction of a carbon pricing mechanism, that confirmed Labor as the only party capable of showing the way forward. 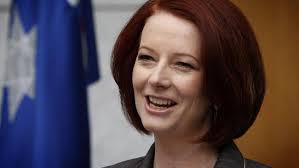 Labor’s demise in 2013 had nothing to do with the carbon tax or the influx of asylum seekers; they governed the country well under difficult circumstances but couldn’t govern themselves. Internal disunity is one thing Australians will not tolerate; nor should we. But the long standing tradition of reform begun by Chifley continued under Gillard’s watch.

Today we live once again under the dark shadow of conservative rule where the ideology of protecting the strong continues. Any agenda that smells of social equality is anathema to these proxies for big business and the free flow of capital and deregulation.

Now, with the carbon tax legislation repealed we are back in that vacuum of denial driven not by science but a theology so false and so evil at its source that it contradicts everything that has previously generated pride in our achievements. In time, the people will once again tire of seeing their living standards fall; they will be wiser to the broken promises, the pious rhetoric of dishonest men, the incessant greed that drives their masters so relentlessly. They will witness the rest of the world adopting some form of carbon price mechanism and eventually be forced to play catch-up. Then, they will long for the great reformers of the past. Frankly, it can’t come soon enough

To echo the words of Lenore Taylor of The Guardian: “It is a sad and sorry place for Australia to be after such a long and rugged process.”