If you believe the present government regards unemployment and its younger brother, underemployment, as less important than a balanced budget, you are probably right. Certainly their approach to both would suggest as much.

These two forms of an under-utilised workforce are the single most critical contributor to an unhealthy and potentially lawless community. They represent an abrogation of a government’s responsibility both economically and morally.

Unemployment carries a huge cost to a nation’s revenue and its spending. It also carries a huge cost for the individuals and their immediate families. There are few areas of an economy that are not effected by unemployment: health, recreation, manufacturing, production, distribution, retail and agriculture all feel the effects one way or another.

The single most important thing a government can do is to ensure its workforce is fully engaged. Yet, this government is happy to use unemployment as a tool to achieve its neo liberal economic policies that, when implemented, are counter-productive to full employment.

Worse still, the government seems to be on a mission to demonise the unemployed. With a compliant media they are happy to depict them as lazy, as dole bludgers, as people who refuse to develop work skills, who lack appropriate qualifications, who are unwilling to travel to find work. 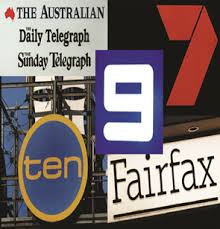 A compliant media (knowingly or unknowingly) are enjoined to use a type of language that demeans an unemployed person, that blames the victim rather than addressing the reasons behind retrenchments. The government’s approach to the unemployed in the May budget underscores their contempt for those who cannot find a job. They blame the individual rather than address systemic failures.

Comments from politicians and their obsequious media stooges such as, ‘there are plenty of jobs out there for those willing to look’, only serve to validate a contempt that masks something far worse: a deliberate plan to maintain a level of unemployment consistent with their plan to stifle wage increases and improve the profits of those their policies are designed to favour.

The proof of this is easy to see. 1) There are approximately 770, 000 persons unemployed and only about 150,000 vacancies advertised. 2) There has been a massive increase of 457 visa’s that bring in overseas workers to fill positions that the unemployed could satisfy. 3) There are currently no direct local job creation programs in play. 4) The combined underutilisation of the workforce is 15% which represents billions of dollars in lost gross domestic product. The government is doing nothing to address this travesty.

This is a betrayal of our country’s human resources and the media are co-conspirators. Demonising the unemployed is easy. It fits nicely into the currency and immediacy of media reporting. Demonising the government for failing to create jobs is not so newsworthy and might conflict with other more pressing issues.

Providing incentives for companies to employ certain classes or age groups is not job creation. It is tokenism of the unworkable kind that does no more than put unearned money in the pockets of small and medium size businesses. It is wasteful in the extreme. It panders to supply side economics; the side doomed to fail.

Hospitals, schools, local councils, NGOs, sporting bodies and community groups all have needs they cannot meet for lack of resources and budget restraints while highly trained and skilled people on unemployment benefits sit at home, idle and unproductive.

The economic benefits of a job guarantee scheme particularly in the area of lower deficits are obvious. The health and social benefits would lead to lower crime rates, fewer chronic health issues, happier home life and a plethora of well-being activities arising from a society contributing to a higher national living standard and greater equality of opportunity. 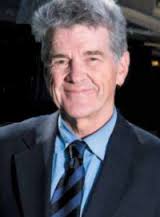 At the University of Newcastle, economics professor and Director of the Centre of Full Employment and Equity (CofFEE), Bill Mitchell, has done the hard work mapping out such a program. Much of the detail has been completed. The macro plans are there for everyone to see.

But don’t expect right wing conservative parties, who pander to the will of corporate interests that fund them, to ask him to kick-start an ailing economy. Their answer is to cut spending, to make life difficult for the working class, the very people who, if given the opportunity, would respond to a call to restore our nation’s wealth.

Their answer is to consolidate the existing wealth into the hands of the elite, the super-rich, the powerful and the influential. Only left wing parties who work for the benefit of the average Joe will likely want to implement a full employment program.

But oh, how the media would crucify them in the attempt. Oh, how they would poison the minds of the public with cries of impending doom and destruction.

The super-rich, who are the only ones who would lose out should full employment become a reality, will use their influence to thwart it at every opportunity.

And it is the super-rich who control the media.