In a surprising development, one of Abbott’s senior ministers admitted that he wasn’t an expert on everything. Eric Abetz announced that he wasn’t a medical expert and therefore wouldn’t be commenting on whether there was a link between abortion and breast cancer. While other ministers have asserted that they don’t need any formal qualifications or experience to be experts in such things as climate change, education and how to get a job, Senator Abetz preferred to argue that a lack of medical training meant that he had no comment to make, and that he only commented because he was asked a question and he was cut off before he could point out that he, of course, didn’t agree with the points he was making.

The reason for this controversial change in approach came after his appearance on “The Project”, where Senator Abetz stated: “I think the studies, and I think they date back from the 1950s, assert that there is a link between abortion and breast cancer.”

Senator Abetz issued a statement today telling people that he doesn’t listen to studies that assert themselves, because when studies start talking it’s usually a sign that something is wrong.

As further evidence of this new approach by the Abbott Government, Malcolm Turnbull was allowed to explain what the changes to metadata storage actually meant. As he is reported to have said to Brandis, “Why did that clown leading the party ask you to explain metadata when he thinks I invented the Internet?”

To which Brandis allegedly replied: “Ah…um…ah…er…ah… when you say internet…um…I… Look, I think I you’d better do the next um… thingy…”

“No, no that thing where you go on radio and someone asks you questions.”

“Ah…umm, when you answer the questions, it’s an interview. Until you do then it’s just a… thing that… where you have a … person… asking.. um,,, questions… So until… you do, it’s just a… program. That’s my understanding and I’m Attorney General, so I know about …words and … ah… things. Besides I’m busy cancelling appearances at free speech conferences.”

And Malcolm was in fine form this morning on the ABC.

MICHAEL BRISSENDEN: Mr Turnbull, it is widely understood there was blow-up in Cabinet. According to one report today, some of your colleagues said you threw a “hissy fit”. What didn’t you like about the data retention laws? Or was it just that you were left out of the deliberations?MALCOLM TURNBULL: Well, Michael, I think the most important thing to talk about is firstly that data retention has been in the past and will be in the future a very important element in the fight against crime and protecting us against terrorism.

Strangely, while they talked about that “firstly”, they never actually went back to talking about the reasons for his “hissy fit”. Although Turnbull did manage to explain his opposition to Labor’s plans for data retention in 2012 was due to its inability to explain it clearly. You have to admire a man who can keep a straight face when saying something like that. 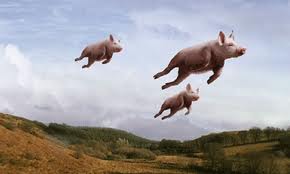