The Prime Minister has lost the respect of some of his colleagues and has only a few months to turn things around or his position is terminal. These are the messages coming from senior liberals now.

Surely Tony Abbott’s days as Prime Minister are numbered. That is the conclusion political commentators, watchers and back room deal makers are drawing following the backflip on the Medicare rebate, last week.

But make no mistake, it isn’t just the Medicare calamity.

There are too many self-inflicted wounds in the PM’s office. It has been a litany of verbal slip-ups, miss-stepping, confusion, lack of proper consideration for the consequences of his actions, other ministerial stuff-ups and an overall performance that has consistently demonstrated how much better Labor were at governing the country, no matter how bad they were at governing themselves.

The Abbott bleed has seeped and spread out across the floor along the corridors and into the offices of the collaterally damaged marginal seat holders. Twelve months ago, they thought they had at least a six year tenure in the bag. Everywhere in Liberal Town the anguished cries of despair are now so loud, passers-by are rushing to and fro wondering how contagious is death-by-despair. 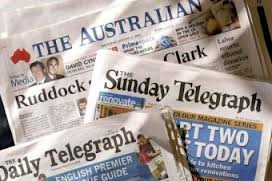 Mainstream media commentators are now scathing in their condemnation of the government’s performance and its inability to cut deals in the senate, citing the absence of consultation and poor public relations. But it goes well beyond that.

They are lambasting Abbott’s leadership capabilities, his communications chaos and the anxiety fumbling that has surfaced so early into a new year, a time that was supposed to be the beginning of a new approach, a turn-around in all their political fortunes.

Back downs have been a hallmark of this government in its short history. From the GP co-payment, Higher Education, the Racial Discrimination Act, the Burqa ban, the Paid Parental Leave scheme, all of which in football parlance have been a coach’s nightmare. Team Australia has become a laughing stock.

As much as his opponents would like to see Tony Abbott stay, only because he is Labor’s best advertisement, his own party are now resigned to doing a Kevin Rudd number on him. So who will play the Julia Gillard role and tap him on the shoulder? Who else but the woman who will replace him. But when?

The irony is that none of those policy decisions were necessary in the first place. The government could have marked time for three years, gained the trust of the people, ensured themselves a second term before doing anything drastic. Their first mistake when gaining government was to blame Labor for everything.

It propelled them into action of the ideological kind, not the smart politics kind. In their haste they started to believe in their own rhetoric and ran down the cost-cutting road too quickly and too eagerly. They could have waited and taken some unpopular policy proposals to the next election and still won. But the ‘debt and deficit’ mantra rang in their ears like jingle bells. 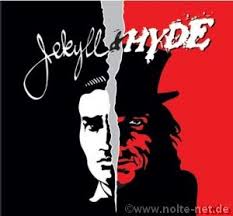 Almost immediately this Jeckle and Hyde rabble demonstrated a contempt for climate change as well as science generally. They engaged in quite brutal treatment of asylum seekers and went on a trade union witch hunt. But worst of all, they thought they could bring down a harsh and unfair budget replete with spending cuts that would hurt the old, the poor and the sick and get away with it by blaming Labor.

They rushed headlong into the mire, desperate to display their ideology and convert it into practical action, but forgot to take the people with them. Now, after a plethora of rash decisions born of poor management, they have been caught out.

Those who voted them into office (the 4% that decide elections), have seen something quite different from what they saw when the government was in opposition.

The minority swinging voters weren’t expecting that; not after all the promises that were made. Now, they have had a change of heart and seen this gang of misfits for what they really are. The government are rattled, dysfunctional and in panic mode. And that means one thing: more mistakes to come.

Getting rid of Abbott will achieve little. It will not reverse their fortunes. They could also get rid of Hockey, Morrison, Dutton and Pyne, but that won’t help them either. The damage has been done and it’s all their own doing. Labor haven’t contributed beyond a defiant stand in the senate. What a sorry tale it is.

So, the big question now is when, but even that doesn’t matter. Now, what matters is that Bill Shorten and Labor start acting like an alternative government releasing sound policies and demonstrating superior leadership skills. It is time for their best people, Albanese, Bowen, Plibersek, Clare, Butler, Dreyfus and co. to take command of the news cameras with articulate messages of direction on the economy, the environment, on education and health and make sure they take the people with them.

It’s theirs for the taking.