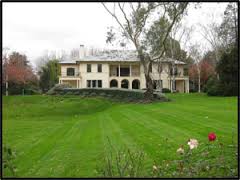 By John Lord and Michael Taylor

David Marr’s recent quarterly essay “Political Animal” (now a book) gives an engrossing, even gripping insight into the persona of the leader of the Opposition, Tony Abbott. I made many observations as I read it and I cannot of course comment on everything. I must say though (given Tony Abbot’s statement that he finds gays intimidating) that I was a little bemused at how Marr even got to interview him. They apparently spent some time together which must have been excruciatingly uncomfortable for the Opposition leader. Moreover, given that Mr. Abbott only allowed him to use one quote I should think he probably wasted his time. Another thing that took my attention was the influence of Catholicism in his private and political decision-making. He apparently finds it difficult to make decisions without referral to his faith.

What did catch my eye was this short paragraph:

“Josh Gordon of the Sunday Age saw the parallels early. Like the Republicans in the US the Coalition’s strategy appears to be to block, discredit, confuse, attack and hamper at every opportunity.”

Do we see any similarities here? Well of course. On a daily basis, the negativity of Abbott has spread itself like rust through the community. He has sought to confuse with the most outlandish statements. Hardly a day has passed since the last election without Mr. Abbott referring to Prime Minister Gillard as a liar while at the same time telling the most outrageous ones himself. And with a straight face, I might add. He has sought to hamper (as do the Republicans) all legislation with a pre-determined “NO.” Often without even reading it. Abbott has (as have the republicans) taken lying and the frequency of it to a level in political discourse we have never experienced.

More recently of course, Mr. Abbott has just gone through the most astonishing personality transformation any politician this country has ever achieved. What his secret is no one knows but those in the field of treating psychiatric personality disorders might like to study his case in great depth. Remarkably, he has gone from gutter politician with an overwhelming negativity disorder, misogyny traits and pathological liar complex to jolly nice bloke in the course of six months. In fact, the date of this transformation can be pinpointed to the Prime Ministers announcement of the election date.

In the US, the Republicans with all this propaganda sought to create a fictional President who is the opposite of the one known outside the States. Twenty five per cent of the population still believe he is a Muslim and a large percentage still believe he was born outside the States even though the facts prove otherwise. Such is the power of the right-wing media (Fox News) and an accumulation of feral shock jocks. The GOP (the Republicans – the “Grand Old Party”) is even accused of deliberately not passing bills in order to make the economy worse.

In Australia, for nearly three years Prime Minister Gillard was demonised by right wing MSM pack intent on creating a false profile and bringing her down at the first opportunity. She has had thrown at her the most vile misogynist ravings un-befitting of the fourth estate but the tabloids and the shock jocks seem to thrive on it. Now Abbott and the MSM have achieved their objective and forced her out of office but political historians will speak kindly of Prime Minister Gillard. She stood tall among men and her policy legacy will be remembered and experienced well into this countries future.

At this point (since we are talking in part about truth) let me say that I would describe myself as progressive social democrat. Centre-left on some issues and further left on others. I confess this so as not to be accused later of any preconceived bias. I am the originator of this quote “to be a true democrat one has to concede that your opponents have as much right to win as does your side”; I wrote that prior to the advent of this nefarious thing called neo-conservatism or neo capitalism. I wrote it at a time when the political divide (despite the ideological differences) had some respect for the common good; when we in Australia admired America’s bi-partisan approach to its politics. The decline of bi-partisan politics and the rise of neo-conservatism can be traced back to a third rate actor and a woman with a bad hair-do. And in time respect for public office and the parliament has gone out the window.

Regardless of what political persuasion you are, I believe we like to see character in our leaders. Now how do we describe character? I came across this in the New York Times; it is a direct reference to former presidential candidate Mitt Romney, however, it suffices as a general observation.

“Character is a combination of traits that etch the outlines of a life, governing moral choices and infusing personal and professional conduct. It’s an elusive thing, easily cloaked or submerged by the theatrics of a presidential campaign, but unexpected moments can sometimes reveal the fibers from which it is woven.”

When looked in isolation the lies and indiscretions of Tony Abbott, his problems with women and even his negativity could perhaps all be written off as just Tony being Tony. Alternatively, that’s just politics. However, my focus here is on character and whether Mr. Abbott has enough of it to be the leader of our nation. My contention is that because we are looking at a litany of instances of lying, deception and bad behavior over a long period he simply does not have the essence of character, which is one of the main ingredients in the recipe of leadership.

Tony Abbott in The Lodge? Never!