To the keen political observer, Leadership speculation about Tony Abbott first began in social media memes literally from the day the Coalition formed government in 2013 and quickly spread to a number of respected political blog sites.

It has now become a full blown mainstream media circus where this week and last speculation has been rife. Just look at where the disaster-prone Liberal leadership has taken the country and how the electorate has responded.

What began as a brutal economic assault on the average Australian’s hip pocket resulted in an across the board rejection of the 2013-14 budget has since morphed into a cacophony of missteps, a multiplicity of misjudgements, crazy captain’s calls and a Royal Commission now clearly seen as politically motivated.

All of this in just two years.

The story of Tony Abbott’s ‘near-death experience’ last February was but a trailer compared with what will be an extended director’s cut version that includes the fallout from Bronwyn Bishop’s demise, the Dyson Heydon crisis and the upcoming Canning by-election to be held on the 19th of September.

Should the polls be right and Canning produces a knife-edge result and a lost seat, that director’s cut will include a vindictive leadership challenge that will surely result in Abbott’s subsequent demise. 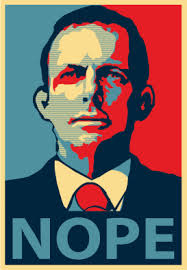 When Abbott goes (not if), what will be his legacy? The economy will be in worse shape than when he took over. The Liberal Party’s criticism of the Rudd/Gillard/Rudd dysfunction will be totally discredited. The party’s perceived economic credentials will be a distant memory and Abbott will go down in history as serving the shortest ever term of an elected Prime Minister.

All of this will be capped off with the perception that, in failing to produce his renunciation certificate to show that he is no longer a British citizen, legally he should never have been in parliament in the first place.

The Coalition is now in survival mode desperately looking for ways to arrest the ever declining support of voters. The back bench is livid. The issue of same-sex marriage, while not considered a priority by the electorate, has set off a panic within the Coalition comparable to a fox in a hen house.

The Trade Union Royal Commission is now seen for what it has always been with another captain’s call in Dyson Heydon likely to bite the dust. Alternatively, the findings will be compromised and Abbott’s credibility further damaged.

And these people had the audacity to suggest that the adults were back in charge.

Meanwhile Labor sits quietly waiting, watching and wondering how all their Christmases could have come at once. They would, however, be better advised to arise from their euphoria and start punching out a few strong, popular policy directions.

It’s a sad indictment of the Australian political scene that a less than charismatic alternative Prime Minister wins the position by default. That’s how Tony Abbott got the job. That is likely to be the way Bill Shorten will get the job too.

Winning the job because you are seen to be less hopeless than your rival is not a commanding endorsement. Shorten needs to step up.