Amanda Vanstone, in her column in The Age today, gives us an inkling of not just a divided cabinet, but one where the knives are out for someone and that someone is probably Tony Abbott.

The now infamous cabinet leak on citizenship that has captivated everyone in the media and given the average person in the street some insight into the goings on in cabinet, will also stand, I suspect, as the first salvo, in a renewed attempt to dump Abbott.

The leak was in Peter Hartcher’s article in The Age where he detailed with great precision a discussion in cabinet concerning a proposal to cancel the citizenship (sole or dual) of those found to be terrorists.

Hartcher wrote, “Six members of the Abbott cabinet have risen up against an extraordinary proposal to give a minister the power to strip an Australian of their sole citizenship.

“The idea, proposed by Immigration Minister Peter Dutton with the support of Prime Minister Tony Abbott, divided a meeting of the cabinet on Monday night.”

The problem with the proposal was that some ministers present had not been advised that such a discussion was planned. This has been widely interpreted as Abbott trying to ambush his own cabinet and get a quick result for a measure that was not on the agenda. 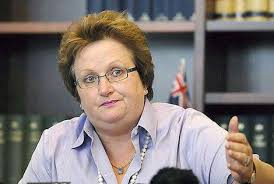 Amanda Vanstone in her article says, “Tony Abbott is a constitutional monarchist and a self-confessed Anglophile, so for him to tolerate, let alone be at the helm of, a ship that throws the Westminster system of cabinet government out the window is simply astounding.”

One can now rightly wonder if there is plotting either in play, or at least in the minds of those who view Abbott’s citizenship ploy as an ambush. It prompts the question: Is this the beginning of his inevitable downfall? Has Abbott shot himself in the foot and the head? Reading beyond Amanda Vanstone’s article one could well think that he may have.

She writes, “So you can imagine my profound disappointment, bordering on despair, when I see some on “my team” thinking it is OK for a minister alone to take away a citizen’s rights – indeed, take away citizenship – in the blink of an eye. No appeal, no judicial process, just a ministerial decision. What were they thinking?”

It is one thing for the prime minister to be offside with his backbenchers, as he clearly was with the motion to spill in February. But the ambush and then the post-leak cabinet meeting where he read the riot act to his ministers, now referred to as his ‘Come to Jesus moment’, suggests he might well have sowed the seeds of his own destruction.

This latest mess he has created on matters of process and power, his attempt to effect a policy change on citizenship by stealth, has shown that he has not learnt from his ‘near death’ experience in February.

With opinion polls giving the government a small post-budget lift, but one that does not seem to have been sustained, the issue of Abbott’s leadership is once again, up for murmurings.

In February he had the backing of cabinet but not the backbench. Now he has dissent in cabinet as well. That, by any measure, is a dangerous cocktail.

That brings us to the question of who leaked. Peter Hartcher says it was more than one person participating in the room. Amanda Vanstone discounts Malcolm Turnbull.

“It is so clearly not in the interest of anyone who would prefer Malcolm as leader to leak the discussion, because it would undoubtedly hurt his future chances with some on the right of the Liberal Party.”

If it wasn’t Malcolm Turnbull, who was it? The answer lies inside the answer to another question: who would benefit from leaking this highly damaging information? Who, inside cabinet?

Whoever it was, one can surmise that the next bad poll would be enough for them to raise the leadership issue and place it on the agenda.

It is only 18 months before the next election and a leadership change beyond July or August will not work in their favour.

One can only guess the degree of head counting going on right now inside parliament’s hallowed halls. Never mind about the stripping of citizenship and the democratic process.