The town I live in and surrounding areas have just endured a cyclone. The damage is heartbreaking. The stories from people and the hardship they are enduring are even more heartbreaking. Through this experience, I no longer believe we live in a lucky country.

The state of the economy and the focus on debt now over-rides the importance of providing people with a hand-up in times of need.

During cyclone Yasi three years ago, the people of Townsville qualified for Federal Government disaster assistance under the Labor Party. This is $1000 per adult and $400 for each child. During the fires in the Blue Mountains last year; Abbott in all his humanitarian wisdom changed the criteria, so only those who have had suffered significant damage to their homes or had injury or death as a result were eligible. So many in desperate need after this cyclone are not eligible for assistance through the Federal Government.

I know this may sound reasonable to those who support the Liberal’s ideology. Especially the ones who are being harsh and judgemental to those who are disadvantaged across social media. The ones who have the privilege of being able to scoot off to another town to live in air conditioned motel accommodation, afford a generator, had no difficulty paying for takeaway food every night and have no problem restocking their fridge; or who have never really experienced first hand a disaster, but can type their elitist annoyance and judgements via a keyboard; or the number of people who vote against their own interests, for reasons too psychologically complex for me to attempt to understand.

The loss of electricity for a week or more for some people has resulted in so many low income families unable to restore sufficient food to their homes to feed themselves and/or their children. In addition, families have lost important medication that required refrigeration and for some, this means paying for a visit to a doctor for script renewal as well as the cost of medication. We have had an army based field hospital here as the local public hospital and doctors cannot cope with the amount of infections and food poisoning that is occurring.

The newly elected state MP for Keppel Brittany Lauga, has tackled this head on and is personally advocating for people who are having difficulty meeting the criteria for the state based grant, which will assist people with immediate need for food. Ms. Lauga is doing this by making a list of urgent assessments and she has progressed these matters to the Premier and relevant Ministers. There have been glitches identified in the system, and subsequent changes and it is now being reported that people who were classified as ineligible on their first attempt have now been paid. People are still reporting issues, but Ms. Lauga is continuing to take up this fight on behalf of each individual. The community is praising Ms. Lauga’s efforts as outstanding all over local social media and deservedly so.

The LNP member for Capricornia, Michelle Landry has taken the opportunity to play politics during this disaster. I will use a very often used Liberal Party term for this behaviour – unconscionable. While the new state MP, Brittany Lauga has been visiting areas and offering first hand personal assistance to so many in need; the LNP member for Capricornia, decided to blame Labor and Ms. Lauga for ineligibility to disaster funding.

Ms. Lauga, Labor State MP, has immediately recognised inequity in the system set by the former Newman LNP Government and has stated her anger on this issue and progressed issues for disaster relief immediately to the Premier, and positive changes have followed. However, the LNP member for Capricornia has not once publicly announced she is appalled at the strict criteria imposed and the changes made by her Government for assistance.

Landry and the LNP’s position to leave it all up to the State Governments and placing full blame on the State Labor Government, who have only been in for a matter of weeks; is the mindset of a small, hands off approach Liberal Government. However, small, hands off approach Governments are never good for communities. This mindset simply oozes “I don’t want to help, I don’t care, I had to do it myself and everyone is equal anyway.” A Liberal Government so focused on debt does not care one iota for quality of life. That is why the costs involved in rebuilding a normal life, such as all the food lost and destroyed, just as one example, simply does not register for them.

This punitive approach for the disadvantaged simply has to stop.

Ms. Landry always falls back on the “It’s Labor’s fault” mantra. So let’s have a look at if it is really Labor’s fault.

On October 18, the day after the bush-fires tore through the Blue Mountains, our Prime Minister (who was posing as a hard working volunteer fire fighter, full of compassion and community unity), changed the eligibility criteria. (I’m sure Mr. Abbott is the best friend that disaster victims have ever had, if we ask him).

“The day after bushfires tore through the area, the federal government tightened the rules for disaster payments leaving hundreds of residents who were forced to evacuate without any financial help.

Eligibility for payments, available in disasters such as the January Tasmanian fires, were changed on October 18, so residents who did not lose their homes but had to relocate for days at a time would not receive assistance.” (Excerpt)

”Mr Keenan (pictured with Michelle Landry, MP above) has heartlessly removed assistance for people who have been cut off from their homes for more than 24 hours, or been without water or electricity for 48 hours,” Mr Dreyfus said. (SMH 21/10/2013)

Bill Shorten and Senator Doug Cameron just some of the very vocal members of Labor constantly pressuring Abbott to change this criteria. As we can see from Cyclone Marcia, to no avail.

Then when the bush-fires tore through South Australia, Tony Abbott clammed up and refused to comment (The Australian 7 January, 2015)

Then, because blaming Labor simply would not work, Tony Abbott resorted to denying the truth (Bill Shorten, MP November, 13, 2013)

In addition, the Abbott Govt has employed the productivity commission to recommend changes to disaster relief system, which includes a recommendation of a drop of Commonwealth funding to help rebuild from the current 75% to 25%.

Doug Cameron summed it up with, “I think the underlying position here is how do you do more cost-cutting? How can you penny-pinch more against people that are in trouble?” he said.

The Liberal National Government contests that this is not about budget cuts, but about encouraging mitigation. Until mitigation is fully implemented in communities, the cuts and changes do nothing but continue to inflict hardship to those in need who have survived a disaster. This is yet another punitive ideological view in its current form. “If you don’t do this, we will not help you.” Unfortunately, the Blue Mountains and the Rockhampton Region have not had time to implement mitigation strategies as required by the Abbott Government prior to their disasters.

Here is a very clear explanation of the changes by the Abbott Government and the timeline:

The Liberal National Federal Government removed the last three criteria which applied under aFederal Labor Government. This should clarify why people who suffered under Cyclone Yasi received the $1000 payment and $400 for each child received the payments. However, many who have suffered through the Bush-fires in the Blue Mountains and Cyclone Marcia in Rockhampton, Yeppoon and surrounds cannot access these payments.

Under the old criteria under Labor, which Michelle Landry, Michael Keenan and Tony Abbott and the rest of the LNP do not support and changed; everyone who had no electricity for 48 hours or more and lost all of their food, would have been eligible for $1000 plus $400 for each child post cyclone Marcia.

My understanding is that the state based criteria was developed by the previous Newman LNP Government and I understand the Labor party have only been in a matter of weeks, but the entire system for the state based disaster relief system also needs an urgent review.

As for the Federal changes, all parties and communities across Australia, need to stand up and fight against these cuts to disaster relief, and have them reversed as passionately as they are fighting against other harsh cuts imposed by the Liberal Government. No community should ever have to go through this again. I am, you are, we are Australian.

Should Michelle Landry, Michael Keenan and Tony Abbott hang their heads in shame? Yes, they should. How many people now across fires and cyclones have now suffered under cuts to disaster relief by the Liberal National Government?

I know a lot of people truly believe that it does not matter who you vote for, but as I always say, your vote counts. Always, always, put Liberal and Nationals Last for a progressive and compassionate Australia. 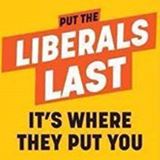