If Labor had ‘lost its way’ under Kevin Rudd, as Julia Gillard stated in parliament the day she became prime minister, then what can we say of the Liberals under Tony Abbott, today?

Abbott’s quite pathetic suggestion that criticism of his chief of staff, Peta Credlin was about gender has infuriated many of his parliamentary members and seriously weakened his leadership.

Queensland MP Warren Entsch is the latest to openly criticised the prime minister and the way in which the Office of the Prime Minister is managed. “It’s not about her bloody gender for God’s sake. Let me tell you. It doesn’t matter if her name is H-A-R-R-Y or D-I-C-K,” Entsch told News Corp. 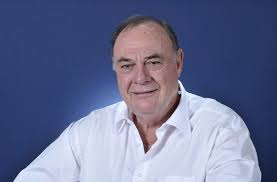 “He needs to be very careful because there’s a lot of cabinet ministers who have a problem with how the Prime Minister’s Office is operating. It’s as bad as it’s ever been,” he said.

Although rumours were spreading, prior to Kevin Rudd’s resignation in 2010, there were no public comments from Labor members suggesting there was a problem with his management style. So well, in fact, did government members keep their thoughts ‘in house’ that his subsequent coup came as a complete shock to the media and to the country.

Not so, Tony Abbott. His now public stoush with his own party members is there for all to see and will be micro-analysed by the media from this point on. When government members start openly criticising their leader, directly or indirectly, history shows us that it doesn’t end well.

Just as the media pursued Gillard and Labor relentlessly when Kevin Rudd was being accused of undermining her leadership, they now have the scent of blood in their nostrils and will, in 2015, be singularly attentive to any comments by government members, either openly or covertly. They will concentrate their efforts on finding cracks in the wall and hone in on any suggestion of disunity or disquiet.

That means Abbott’s unavoidable and inevitable displacement is going to be messy; very messy indeed. It is now likely that by June 2015 we will have a new prime minister, most likely, either Julie Bishop or Malcolm Turnbull. Deciding between the popularity of Bishop and the practicality of Turnbull, no matter how unpopular within Liberal ranks, will be interesting to watch. 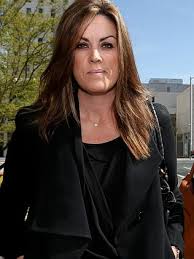 Abbott’s suggestion that sexism was behind criticism of Credlin was a strange way to hit back at those who were voicing concern. Firstly, he was putting the conflict out into the public arena; something Labor avoided. And secondly, in his own inimitable, blundering style, he chose a less than professional way to do it. Making Credlin the focus of the issue was a mistake.

A wiser move would have been to nominate some minor administrative matter as being the problem, which would have deflected attention away from the real issue and given them time to talk about Credlin privately. But he didn’t.

A deflection would have given them time to develop a defensive strategy and hit back at the media in unison. Abbott has not only made the situation worse with his sexism defence, he has alienated his office and exacerbated the matter in a way that now makes a retreat very difficult.

Even without internal squabbling, 2015 looms as an ‘annus horribilus’ for the government. The unresolved budget savings measures, a storm brewing with the bank’s treatment of displaced Queensland and New South Wales farmers, climate change talks in Paris, but most of all, rising unemployment, will be front and centre. And then there is the matter of ‘unknown events’, something all politicians fear.

The deteriorating state of the economy is going to bring enormous pressure to introduce stimulus spending measures that will require increasing the deficit, whether they like it or not. Both Abbott and Hockey will hate that. It is counter to everything they consider fiscally sound. Mind you, their idea of fiscally sound leaves a lot to be desired anyway. 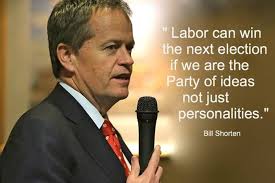 These issues, however, will create further tensions internally as polling continues to show their parlous position in the eyes of voters. Bill Shorten’s performance, in the meantime, has been improving gradually over the second half of 2014 and his minders will further refine his public image in 2015.

That too, will be a problem.

Putting it all together, 2015 does not bode well for the government, or Tony Abbott in particular.