UniSA and South Australian Museum invertebrates expert, Associate Professor Mark Stevens, will join a team of leading Antarctic researchers as part of a new $36-million program to track and respond to environmental change in Antarctica and the Southern Ocean.

Over the next seven years, SAEF is set to deliver world-leading research that will monitor and forecast environmental change across the Antarctic and enhance environmental strategies to manage and protect the region.

Assoc Prof Stevens is an internationally renowned expert on the tiny invertebrates living in Antarctic soil, which are the dominant land-based lifeforms on the continent and, as such, play a key role in our understanding of how climate change is impacting the region.

“Antarctica and sub-Antarctic have been thought of as being some of the most isolated places on Earth, but there is actually a rich biodiversity there,” Assoc Prof Stevens says.

“However, we don’t know enough about the current status and trends in biodiversity and biogeography of the region to fully understand how it may be impacted by climate change.

“Changes affecting these tiny lifeforms can give important insight into impacts on the whole Antarctic environment, and those insights have huge significance for understanding how global ecosystems may behave in the face of globally-changing climates.”

The SAEF program will involve 30 organisations in Australia and abroad, including peak industry bodies such as the Australian Antarctic Division, Geoscience Australia, Australian Nuclear Science and Technology Organisation, and the Bureau of Meteorology, with links to the national Antarctic programs of Chile, Norway, South Africa and the UK, and with the Department of Conservation in New Zealand. 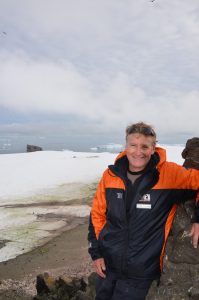